Tuesday’s ad is for Budweiser, from 1944. This World War 2 ad features a Colonial American scene with “Ye Olde Melting Pot” on a street corner. I doubt that’s what actually happened, but I know there were scrap metal drives during World War 2. I have a newspaper clipping when my mother was a little girl when she was made a general in the “tin can army” for collecting a lot of metal (primarily because my grandfather’s job gave him access to it). What it has to do with beer is less clear, except that apparently the brewery also gave to the war effort. 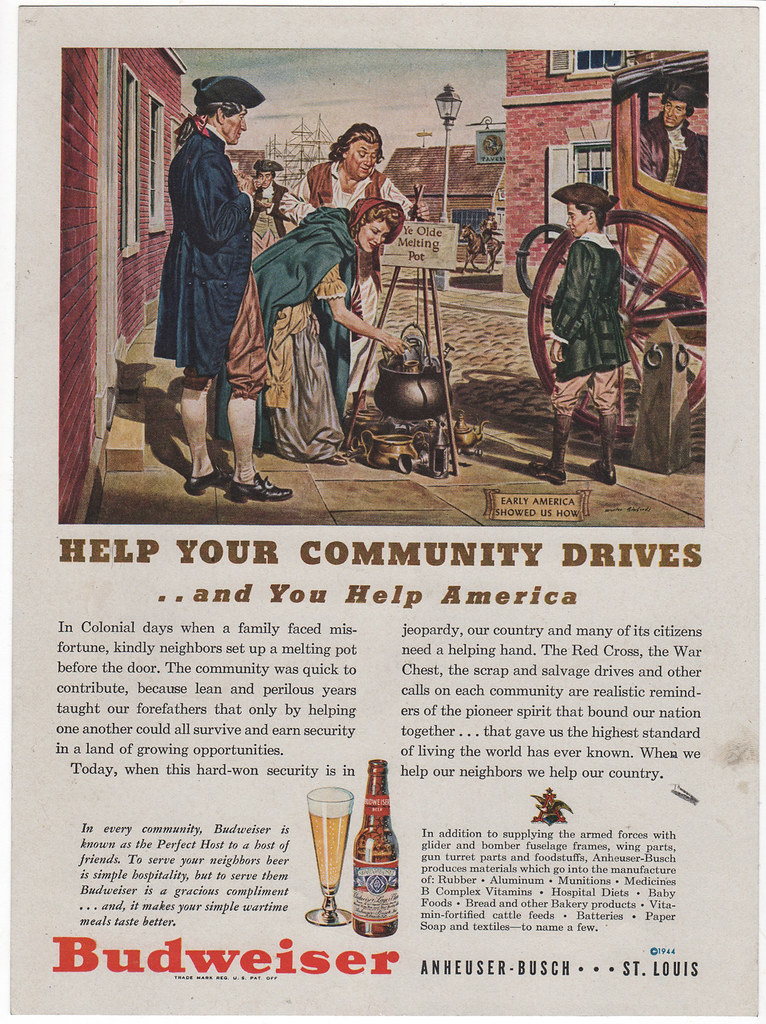