Thursday’s ad is for Budweiser, from 1943. This World War 2 ad features a smiling boy holding a sandwich with the headline “You call it Bread … but your ancestors would have called it Cake.” Luckily during war we had an abundance of our daily bread, a.k.a. “the staff of life.” But look at the four illustrations behind the boy. The two on the left make sense. First, there’s a farmer harvesting wheat, which is used to make bread. Then there’s a woman in uniform holding a tray of bread. So far so good. On the right, there’s a shirtless man wearing white gloves and goggles holding a long metal rod. There’s also a giant vat behind him, the kind you see in steel mills. So why the hell is he shirtless? That makes no sense. Then there’s a man sitting but wearing what looks like an early hazmat suit with a diving bell helmet. What do either of those have to do with bread? 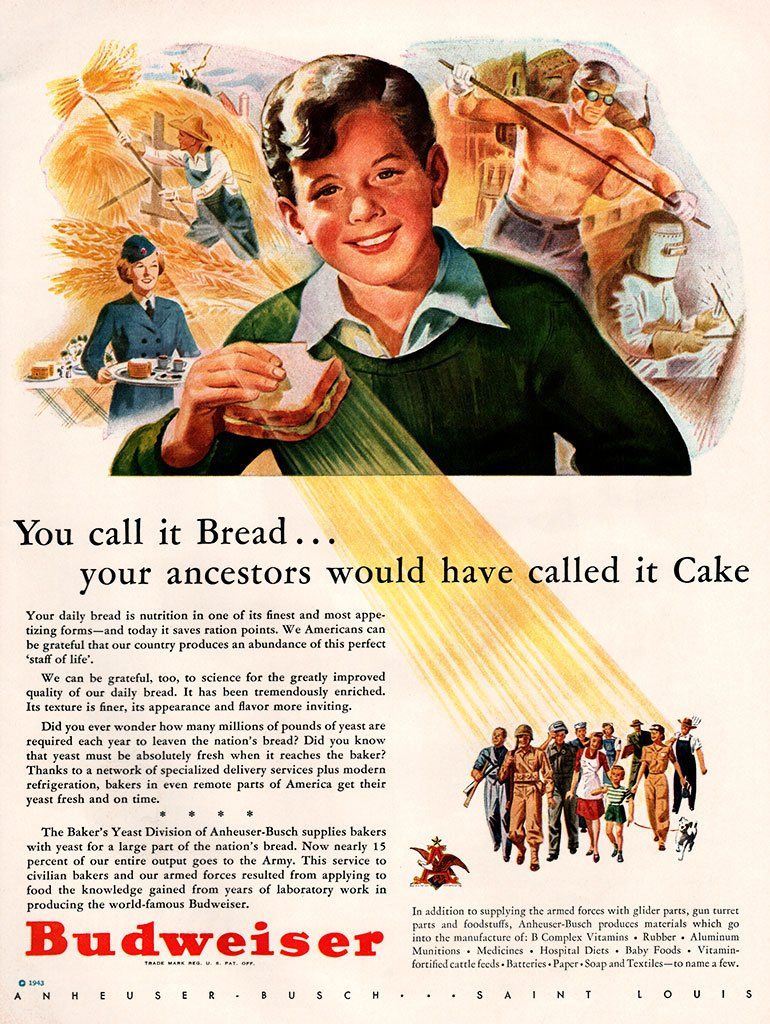