Monday’s ad is a 19th century ad for a New York brewery, the Geo. Winter Brewing Co. According to the ad itself, the brewery was located on 55th Street, between 2nd and 3rd Avenues. It’s from around 1900, plus or minus. The ad shows “Columbia raising a glass of beer, posed with a keg and a billy goat, the symbol of bock beer.” 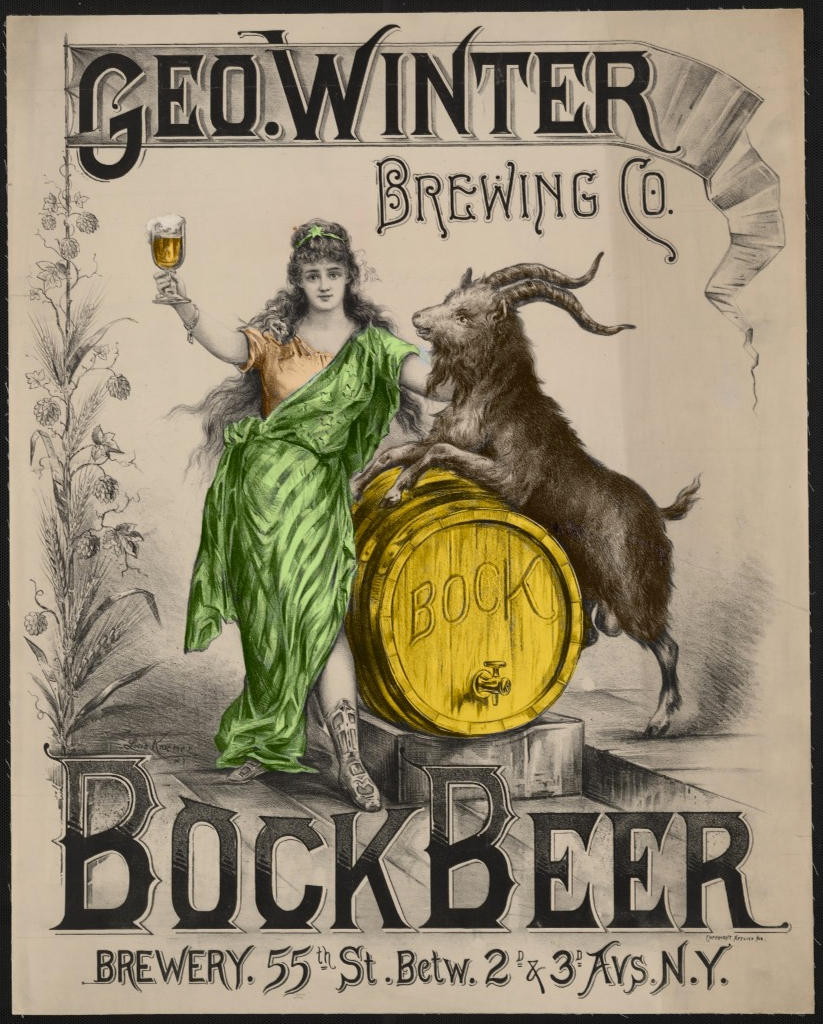