Given that I’ve been in Boston for the last week, it only seems fitting to feature a portrait of one of Beantown’s own. So this week’s work is a portrait of Samuel Adams painted by John Singleton Copley. 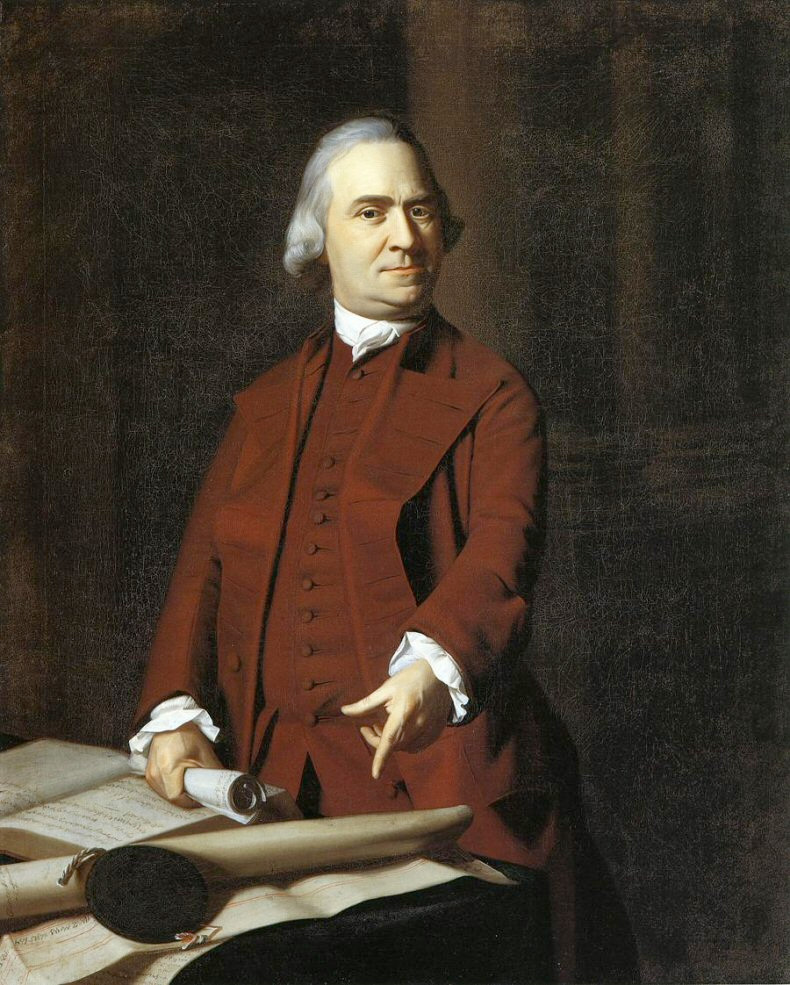 The painting hangs in Boston’s Museum of Fine Art, and I had a change to see the original on Saturday. It was smaller than I expected at 49 1/2 x 39 1/2 in. and is believed to have been painted around 1772. Its first owner, after the artist, was none other than John Hancock. His wife later gave it to Adams’ grandson and in 1876 it was given to the City of Boston. In the painting, he’s pointing at the Massachusetts Charter, which Adams believed was a constitution that protected peoples’ rights.

Copely was one of the most famous early American painters, especially of portraits. He also did paintings of John Hancock, John Adams and Paul Revere, as well.

Whether or not Adams was in fact a brewer is open to some debate. Stanley Baron’s Brewing in America suggests that he may have been involved in his father’s malting business, making him a Malster. In the footnote in the Wikipedia entry on Samuel Adams, it tells the following story.

Baron, Brewed in America, 74–75; Alexander, Revolutionary Politician, 231. However, Stoll (Samuel Adams, 275n16) notes that James Koch, founder of Boston Beer Company, reports having seen a receipt for hops signed by Adams, which indicates that Adams may have done some brewing.

It seems to me we might rarely hear of Sam Adams’ connection to the world of beer were it not for the Boston Beer Co. Historically, it doesn’t seem like that was a driving force in his life. There’s a statue of Adams at Faneuil Hall, often referred to as the “cradle of liberty.” 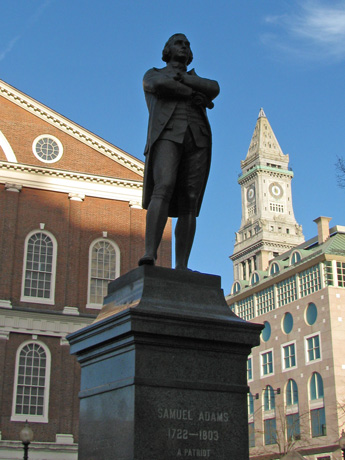 Below the statue, this is all it says: 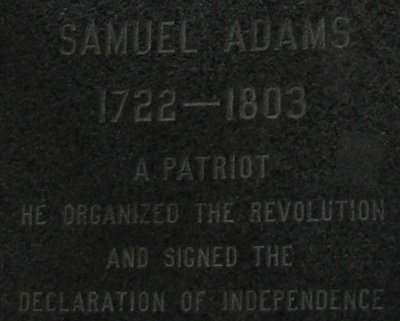 No mention of his brewing, though to be fair this is a historical site. But I still think absent Jim Koch, our history would likely not include his background in beer, whatever it really was. It’s certainly been a powerful and very successful association.

If you want to learn more about the artist, you can start with his Wikipedia page. There’s also information at Art Archive, the ArtCyclopedia, and the National Gallery of Art. Also, the John Singleton Copely Virtual Gallery purports to have a complete gallery of his works.