Today is the birthday of Henry James Pye, who “was an English poet, and Poet Laureate from 1790 until his death” in 1813. In one of his works, entitled “The sportsman’s dictionary: or, The gentleman’s companion: for town and country.” and his version was based on an earlier anthology work which he “Improved and Enlarged” and published in 1807. Under the entry for “Glanders” — an infectious disease primarily in horses — something was prescribed called “Chalybeate Beer” that included directions for how to make it. From what I can tell, “Chalybeate waters, also known as ferruginous waters, are mineral spring waters containing salts of iron.” They were apparently thought to be good for you and “in the 17th century, chalybeate water was said to have health-giving properties and many people have promoted its qualities.” Water from the springs was bottles and sold as medicine. Chalybeate springs were located throughout Europe, though especially in England, Scotland Wales, and there were at least seventeen prominent springs in the United States. 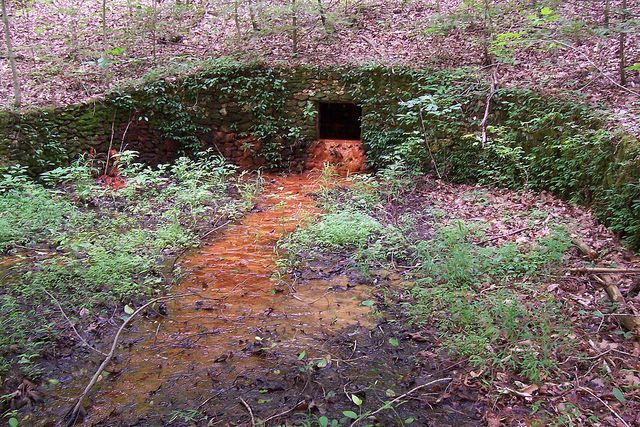 A chalybeate spring, identifiable because of how the iron turns the color of the water.

Here’s the passage about how to make Chalybeate beer (followed by the original):

A Chalybeate Beer, may be made as follows: Steel filings, sixteen ounces; cinnamon and mace, each two ounces; gentian-root bruised, four ounces, anniseeds bruised, three ounces. Infuse in one gallon, fine, clear, old, strong beer for a month, stopped close, shaking often, then strain. Give half a pint for s dose, in a pint of cold water, once or twice a day, upon an empty stomach, leaving the horse an hour or two to his repose. I have taken this from the Vinum Chalybeatum of Boerhaave, substituting old beer, which I have reason to believe a good menstruum for the steel, instead of Rhenish wine; and adding one of the best bitters. Should cinnamon and mace be thought too expensive, Jamaica pepper, or allspice, would be a cheap and proper substitute. It was the opinion of that great man, that no drug, diet, or regimen, could equal the preparations of iron, for promoting that power in the animal body by which blood is made; of course, it must be a powerful specific, in all cases of over-relaxed solids, debilitation and consumption. Would not chalybeate beer be a cheap and efficacious medicine for the poor? 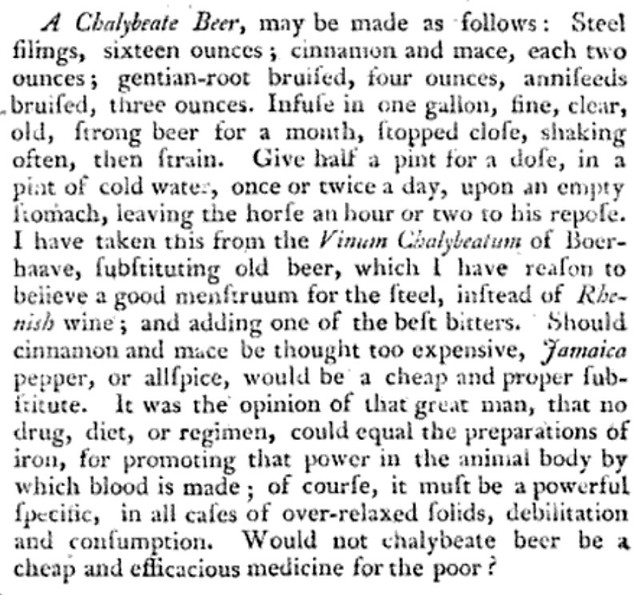 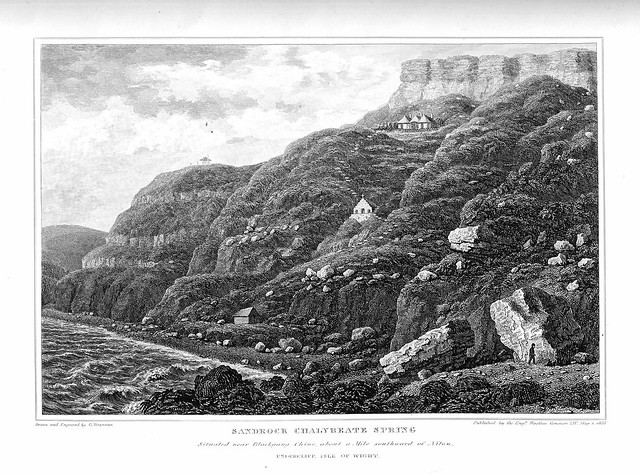 The Sandrock Spring, looking towards Blackgang Chine, located on the Isle of Wight.