If you’re not familiar with the Slow Food organization or its American counterpart, Slow Food USA, you should be. The idea started in Italy but has spread around the world. Essentially, they celebrate food in its more traditional guise, using natural and local ingredients, taking time to both prepare and enjoy the meal, paired with the finest beverages, whether it’s beer, wine or something else that compliments the meal perfectly. Their three guiding principles are good, clean and fair.

It’s also a perfect fit for the craft beer industry and the Brewers Association has been sending a team of representatives armed with some of our best beers to the Salone del Gusto in Torino (a.k.a. Turin), Italy for the last four times the event has been held, which is every two years. This year’s event was the sixth biennial festival and celebrates all manner of great food and drink from around the world. The five-day event includes opportunities to taste hundreds of flavors, taste workshops, full dinner experiences, lectures, education along with much more.

In addition, another event was taking place the same week nearby, called Terra Madre, that is a world meetup of people and organizations that produce good, clean and fair food with an emphasis on sustainable farming and food. The city of Santa Rosa selected Vinne and Natalie Cilurzo from Russian River Brewing to be their representatives at Terra Madre. The whole experience sounds fantastic and hopefully I’ll be able to attend one of these years. The pictures below are courtesy of Shaun O’Sullivan from 21st Amendment Brewery. Thanks Shaun. 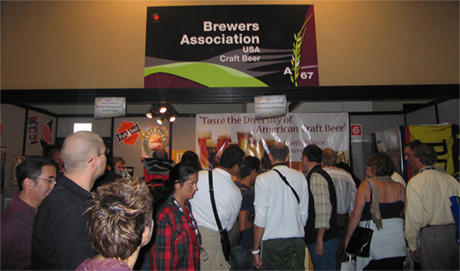 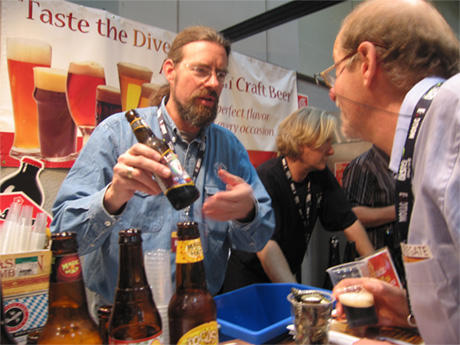 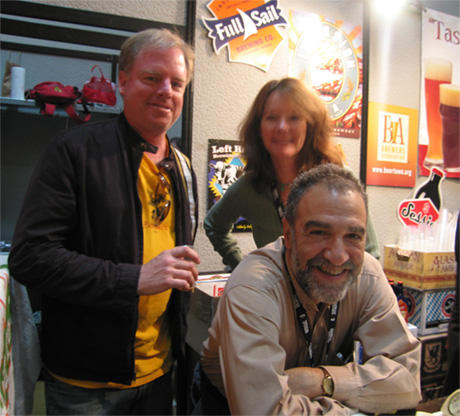 Shaun O’Sullivan from 21st Amendment in San Francisco, California poses with Charlie Papazian and a fuzzy Nancy Johnson of the Brewers Association. 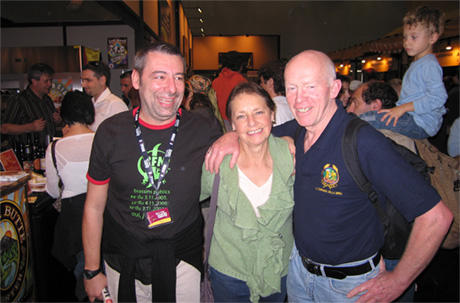 Lorenzo Dabove, the “Michael Jackson” of Italy, along with Cantillon owners Claude and Jean-Pierre Van Roy.