The ink was barely dry on my last post about Alcohol Justice’s tenuous grasp on honesty where they claimed Craft Brewers Just Don’t Care when they did it again, with this tweet: 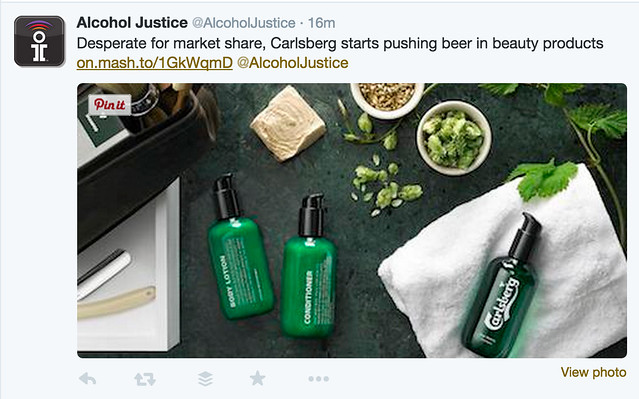 The funniest part of their tweet is the claim that the Carlsberg Group, the fourth largest beer company in the world, producing 6.2% of the world’s beer, is “desperate for market share” and therefore gave up on beer and decided to diversify into beauty products. This they apparently concluded from an article on Mashable entitled Men, stop drinking beer and start rubbing it on your face. As the article itself makes abundantly clear — but is virtually ignored by AJ — using beer or beer ingredients in health and beauty products has been around forever and is nothing new. There are almost too many instances to mention. Shampoo with beer in it has been around for years, if not centuries. Dogfish Head and many others have been making soap with beer for just as long. There’s nothing in the article about why they’re diversifying (though anyone with a working knowledge of how a business operates will say “well, duh,” diversification is almost always a good move). These came out of the Carlsberg Lab, which has been doing research on beer for over 100 years, and in fact the lager yeast known as Saccharomyces pastorianus, was also once known as Saccharomyces carlsbergensis because of work done by the brewery on yeast in the late 1800s and early 20th century. Here’s the The press materials for the new products.

So there’s absolutely nothing to suggest that Carlsberg’s Beer Beauty products have anything whatsoever to do with desperation. Alcohol Justice just made that up. Why? Because they have to turn a lighthearted story into something they can use as propaganda. Because the truth is not something they seem remotely interested in. If anything, I think it shows their own desperation in trying to find something to complain about. 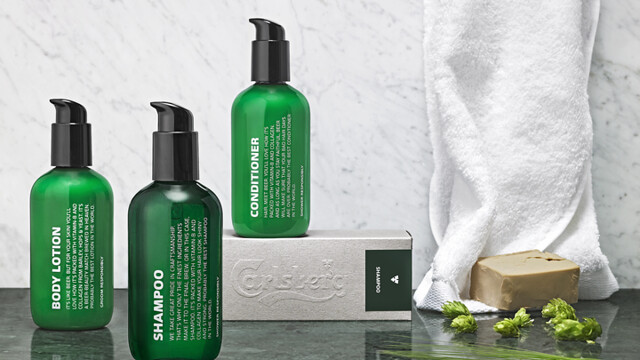