You are here: Home / Beers / From Sewer To Brewer: Making Beer From Urine

If that headline surprised you, it really shouldn’t have. But like the beer made from John’s beard, or the chicha Dogfish Head made using human spit, it just sounds unappetizing. Until you remember that it’s all sterilized and boiled so the finished product is as sanitary as any other beer.

So when I saw the headline from Reuters, “Belgian scientists make novel water-from-urine machine,” and another, First We Feast, “Scientists Have Finally Discovered a Way to Turn Human Urine Into Beer,” my first thought was “sure, why not.” The story, it turns out, is about a team of researchers at Ghent University who have invented a “machine that turns urine into drinkable water and fertilizer using solar energy, a technique which could be applied in rural areas and developing countries.” The explanation of how it works, from Reuters:

While there are other options for treating waste water, the system applied at the University of Ghent uses a special membrane, is said to be energy-efficient and to be applicable in areas off the electricity grid.

The urine is collected in a big tank, heated in a solar-powered boiler before passing through the membrane where the water is recovered and nutrients such as potassium, nitrogen and phosphorus are separated. 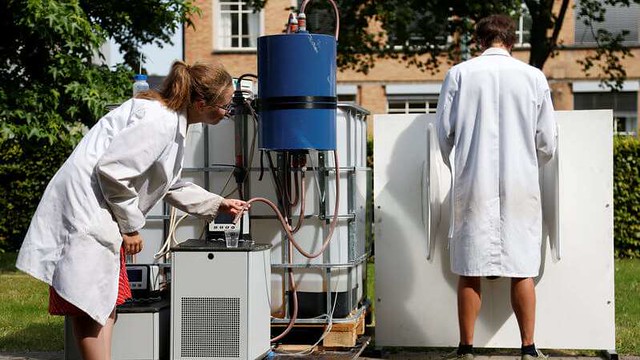 The scientists recently put their invention to the test during a 10-day festival in Ghent. Using the hashtag #PeeForScience, the team encouraged festival-goers to stop by their stand and donate to the cause by relieving themselves. The researchers ended up collecting a whopping 1,000 liters of pee from everyone who participated.

The team believe its machine will have its biggest impact in rural areas, wherever water is scarce and throughout the third world. But apparently as in other projects the Ghent team was involved in, they’ll use some of the water collected to make beer. Program director Derese called this part of the plan “from sewer to brewer.”

There’s many old jokes about American beer being horse piss, so maybe now it really can be. If it reduces costs even a little, you know the megabrewers would be willing to give it a try. 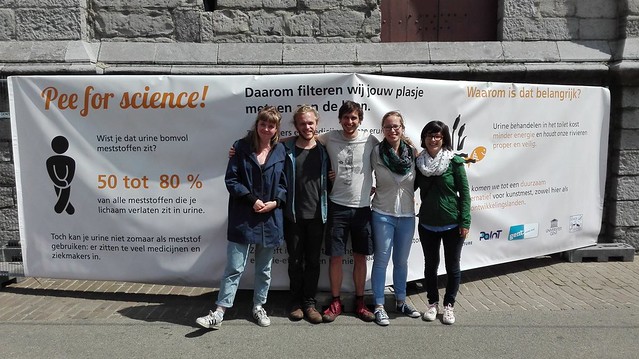