You are here: Home / Beers / Genome Sequence of Saccharomyces Carlsbergensis

Here’s an interesting journal article for the yeast wrangler in you to geek out on. Genome Sequence of Saccharomyces carlsbergensis, the World’s First Pure Culture Lager Yeast details the efforts of Andrea Walther, Ana Hesselbart and Jürgen Wendland from the Carlsberg Laboratory to get a handle on the origins of modern lager yeast using more modern gene sequencing tools. Here’s the wonderfully obtuse explanation from the Abstract:

If that made your head spin, try the full article, which was released in full online at the end of February. It will be published in the journal G3: Genes, Genomes, Genetics in a future issue. It’s fascinating reading. 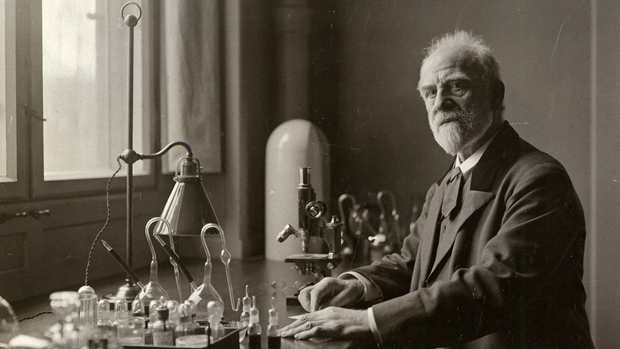 Emil Christian Hansen, taken in 1908. Hansen was the scientist at the Carlsberg Brewery responsible for isolating the lager yeast in 1883.