I don’t know many details at this point, but Craft Business Daily is reporting that “San Diego’s Green Flash has just announced their acquisition of small, local 3,000 barrel Alpine Beer Company. Financial terms were not disclosed,” adding — quite correctly, I think — “the age of craft buyers acquiring craft brewers is upon us.” I know that Green Flash had been brewing kegs for Alpine recently, while founder Pat McIllhenney was working on expansion plans for his brewery. As more details come to light, I’ll update them here. 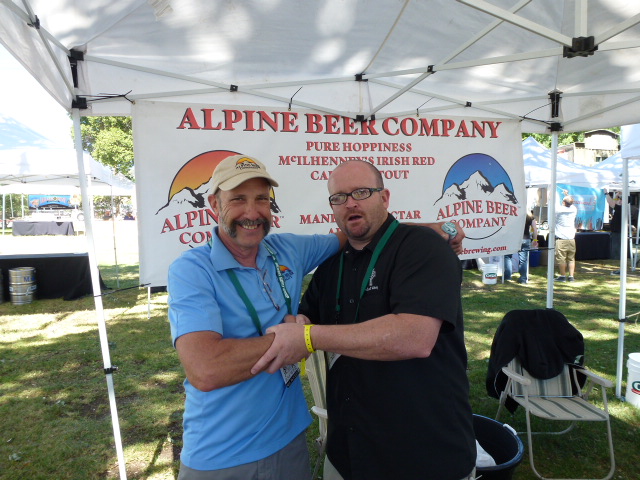 UPDATE: I have now received a press release from Green Flash with additional details on the deal:

At Alpine Beer Company this morning, Green Flash founders, Mike and Lisa Hinkley and Alpine Beer Company founders, Pat and Val McIlhenney announced that their breweries will join forces, teaming up to share resources, knowledge and experience. Both the McIlhenneys and the Hinkleys view the affiliation as mutually beneficial, and are committed to supporting each other for the success of both breweries. Each company will remain independently operated and maintain its distinct brand and culture. Pat will remain Alpine’s President and Brewmaster to oversee all operations of Alpine Beer Company while also ensuring Alpine beers continue to meet his unwavering standard of quality, whether brewed at the Alpine or Green Flash facilities. The most notable change will transpire over the next several years, as Alpine beer will become available to their legions of fans from across the country who have only experienced the greatness of Alpine beers while visiting California.

In a “handshake agreement,” Green Flash began brewing Alpine beer in November 2013 at their San Diego facility with the goal of helping longtime friends at Alpine raise capital to expand their production capacity. Green Flash has been producing three of Alpine’s brews (Nelson, Hoppy Birthday and Duet), increasing Alpine annual production from 1500 to 3000 BBLs.

The experience of brewing together has been a successful learning experience for both breweries. Green Flash Brewmaster, Chuck Silva divulged, “It was both intriguing and challenging to meld our philosophies while we worked together to scale up Pat’s recipes to be brewed in larger quantities. We worked together to stay true to the original beer and were very happy with the ultimate results. Working with a close friend is a real treat, but for me, brewing with Pat and making Alpine beers, is yet another highlight of my brewing career in San Diego.”

The successful arrangement they have shared over the past year was the impetus that prompted the breweries to take their relationship to the next level. Each views the partnership as an organic evolution that will benefit both of their operations in many ways. “Our team was thrilled to be able to brew the awesome beer from Alpine when we began teaming up,” says Mike Hinkley of Green Flash. “The excitement of our brewers is what prompted me to think about additional ways we could work together and help each other. We perceive this solid new partnership as an incredible opportunity to continue to explore our craft while benefiting from the passion and experience of Pat McIlhenney.”

“After working with Green Flash for the past year, I have come to truly trust and deeply respect the entire Green Flash operation – Chuck and all of their brewers are meticulous, yet easygoing, and I am comfortable working with the team,” says Pat McIlhenney of Alpine Beer Co. “There are many benefits in teaming up with Green Flash as a partner. Not only are they committed to producing high-quality beer, the company culture and mom and pop roots of Green Flash are very similar to our own.”

Alpine employees 20 people, is distributed exclusively in California with the ability to produce a maximum of 1500 BBLs from their San Diego County brew-house, with most of their beer sold directly from their on-site pub. Brewing capacity limitations have made it impossible for Pat and his team to support the overwhelming demand for their exceptional products. As partners, Alpine will be able to tap into the growing Green Flash team of talented brewers, their production capacity, access to capital, and human resources in operations and administration. Mike added that “I am hopeful that the culmination of the next few years will be that, together, we build a new production facility in Alpine. Maybe we will even brew some Green Flash ale in Alpine.”

“I know there is strength in unity, which will allow both of our breweries to secure even higher quality ingredients – we will be a great force as a team,” exclaims Pat. “However, the most important advantage is how this partnership will help improve the quality of life for my employees. For the first time, Alpine will be able to offer our team an excellent company benefits package including affordable health care, 401K plans and other perks made possible by this exciting partnership.”

In 2015, Green Flash will begin bottling select Alpine brews in 22oz bottles adding to the three current draft offerings. Collaborative brews are already in Chuck and Pat’s top-secret conversations, so consumers can expect these to appear in their tasting rooms and at the best craft beer bars in Southern California. The two Brewmasters are already talking about how they can work together at Green Flash’s Cellar 3, a special barrel-aged beer packaging facility that is currently under construction in Poway, and will include a cork-finish bottling line.

Chuck said, “I consulted Pat and borrowed some of his ideas when I made our tenth anniversary Flanders-style ale, which was a great success and will be recreated at Cellar 3. I am always on the look-out for ideas. With Pat and me on the same team, you can count on us to push the envelope even further.”

Mike summarizes, “This partnership is win-win-win. Green Flash wins because we are teaming up with a truly iconic brewery. Alpine wins because they get to see their beers enjoyed by so many more of their adoring fans. But most of all, beer geeks everywhere win, because Chuck and Pat will be working together to create beers that will blow their minds.” 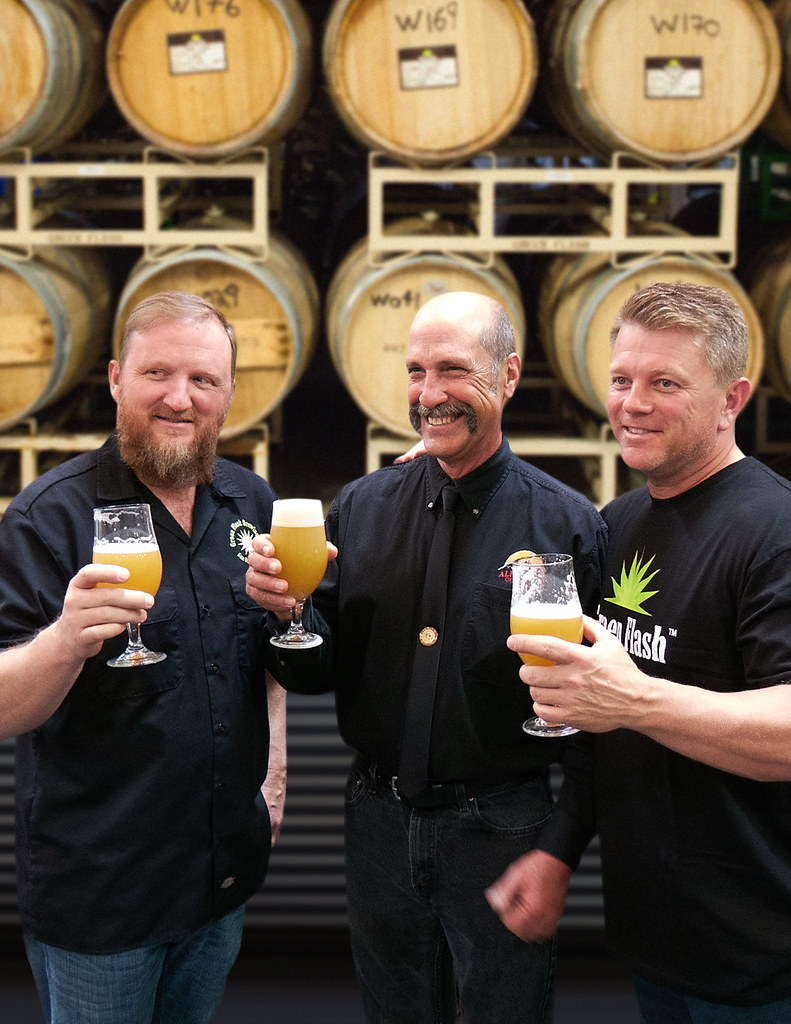