A couple of days ago while searching for an image to use, I noticed a number of odd beer-themed Halloween costumes and became curious about what beer-themed costumes were out there. There are a lot of them and, not surprisingly, they’re for adults. Halloween has become more of an adult holiday than when I was a kid, when it was almost exclusively a child’s holiday.

Halloween weekend has become the biggest keg sale period for most, if not all, retailers. It certainly was when I was the beer buyer at Beverages & more just a few years ago, and I’ve seen nothing to suggest that’s changing.

So for the next seven days, leading up to Halloween day I’ll be posting some of the costumes I found, with a different theme for each day. Below is part one of seven and the theme is superheroes. Enjoy. 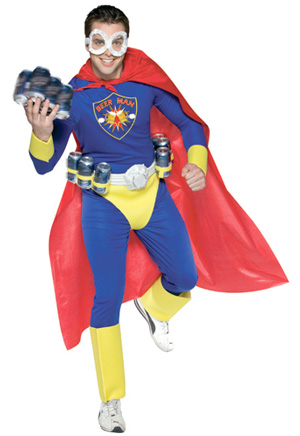 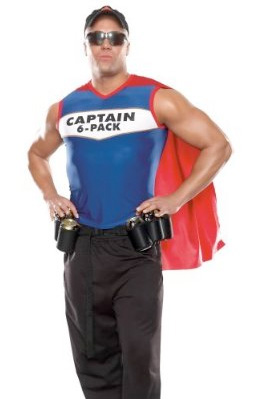 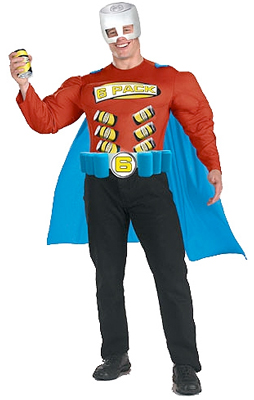