Today is the birthday of Adolphus Busch (July 10, 1839-October 10, 1913). He was born in Kastel, Germany, and co-founded Anheuser-Busch, along with his father-in-law, Eberhard Anheuser. The twenty-first of twenty-two children, his family was in the wholesale business, specializing in winery and brewery supplies. Like all of his his brothers he was sent to college, and graduated from the Collegiate Institute of Belgium in Brussels.

He moved to St. Louis in 1857, when he was eighteen, and eventually got a sales job with Charles Ehlermann Hops and Malt Co. After a distinguished stint as a soldier during the Civil War, he returned to his brewery supply job and married Lily Anheuser, the daughter of Eberhard Anheuser. Together, they had thirteen children, including Adolphus Busch II and August A. Busch. After marrying Lily, he joined the family business, then known as E. Anheuser Co.’s Brewing Association, and eventually became a partner. When Lily’s father passed away in 1879, Adolphus took control of the business and changed the name to Anheuser-Busch. 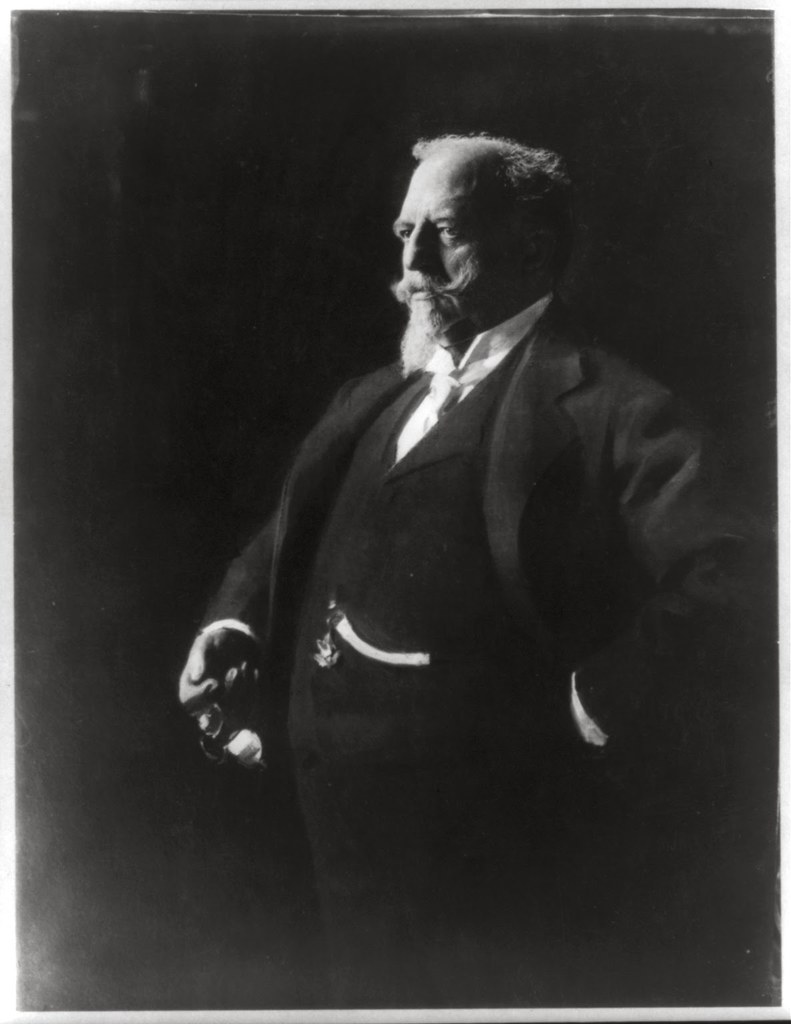 In St. Louis, Adolphus Busch was busy transforming his father-in-law’s (Eberhard Anheuser’s) once-failing brewery into a grand empire. Adolphus, perhaps more than any other brewer, became known for his flamboyant, almost audacious persona. Tirelessly promoting his Budweiser Beer, he toured the country in a luxurious railroad car immodestly named “The Adolphus.” In place of the standard calling card, the young entrepreneur presented friends and business associates with his trademark gold-plated pocket knife featuring a peephole in which could be viewed a likeness of Adolphus himself. His workers bowed in deference as he passed. “See, just like der king!” he liked to say. 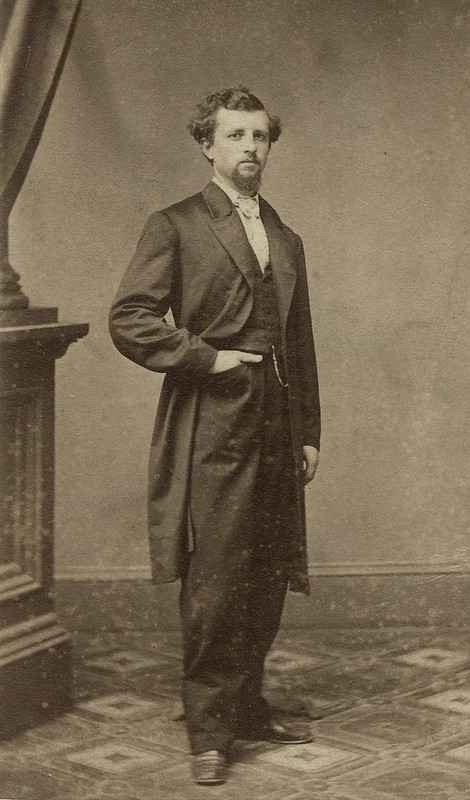 Here’s a biography of Adolphus Busch from the Immigrant Entrepreneur Hall of Fame:

“A truly American tale. Freedom. Opportunity. Progress. Words that seized the imagination of people all over the world and brought them to the Land of Liberty. It’s a uniquely American story, told in chapter after chapter of hardship, hard work and hard-won success. The Budweiser story is no exception.”

Photo of Adolphus BuschSo begins the tale of Adolphus Busch, the founder of Anheuser-Busch and creator of Budweiser beer, as stated on the Budweiser website. He was an immigrant who not only created personal wealth and success but also made a landmark contribution to American society.

Born the second youngest of 22 children in Germany, Busch was educated in Brussels and immigrated to the United States in 1857. Settling in St. Louis, he married Lilly Anheuser and had 13 children of his own.

After completing his enlistment in the Union Army during the Civil War, Adolphus joined his father-in-law in the operation of E. Anheuser & Co. Brewery. The company was later restructured with Anheuser as president and Busch as secretary. As full partner, Busch took on greater responsibility for the operation of the brewery. To recognize his efforts, in 1879 the company name was changed to the Anheuser-Busch Brewing Association.

Busch was a man of many firsts. Apart from founding America’s first national beer brand, Budweiser, in 1876, he is credited with revolutionizing the shipment of beer (in refrigerated railway cars), being one of the first to bottle beer and implementing a method to pasteurize beer to keep it fresh.

Today, Anheuser-Busch captures the largest market share in the U.S. with 47.6 percent share of U.S. beer sales to retailers. It brews the world’s top-selling beer brands, Budweiser and Bud Light, at 12 breweries across the United States.

After he died while on vacation in Germany, his body was brought back to St. Louis to be buried. It was a fitting resting place for the man who created one of America’s most iconic brands. 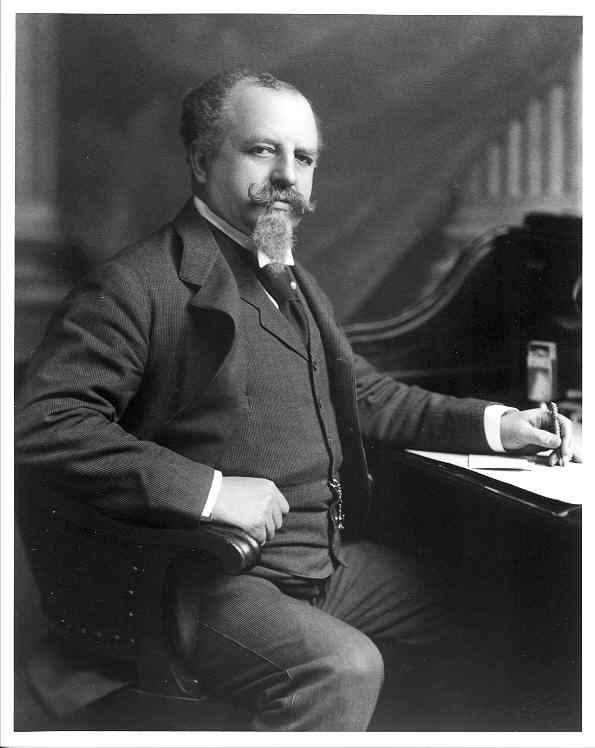 Busch married Elise “Lilly” Eberhard Anheuser, the third daughter of Eberhard Anheuser, on March 7, 1861 in St. Louis, Missouri. They had thirteen children; eight sons, including Adolphus Busch II, August Anheuser Busch I and Carl Busch, and five daughters. The Busches often traveled to Germany where they bought a castle. They named it the Villa Lilly for Mrs Busch. It was located in Lindschied near Langenschwalbach, in present-day Bad Schwalbach. 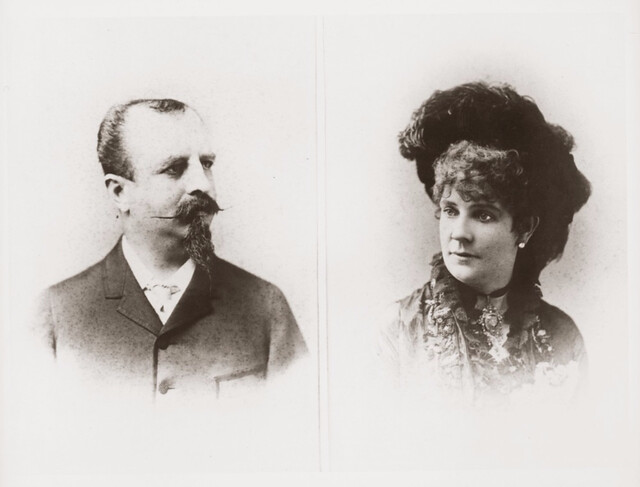 And here’s his biography from the German-American Hall of Fame:

Adolphus Busch was born July 10, 1839 in Kastel (near Mainz, Hesse), Germany. He was second-to-youngest of twenty-two children of Ulrich Busch and Barbara Pfeiffer Busch.

In 1857, Adolphus Bush emigrated to the United States with no plans, no destination, and nothing but his own ambition and abilities. Three of his brothers had already headed for St. Louis, Missouri. His brother John had opened his own brewery in nearby Washington, Missouri.

Young Adolphus joined Ernst Wattenberg to sell equipment and supplies to breweries. This venture led him to forge several strategic partnerships. Most important, he met his future bride, Lily Anheuser. At the same time, his brother Ulrich became enamored with her older sister, Anna.

Their father, Eberhard Anheuser, a skilled St. Louis soap and candle-maker, had recently purchased the failing Bavarian Brewery in St. Louis. He reopened the brewery as E. Anheuser & Co.

On March 7, 1861, the Anheuser-Busch interests were formally joined, both professionally and matrimonially. Eberhard Anheuser escorted both daughters down the aisle in double nuptials to the two Busch brothers. At the time, Busch was working for Anheuser as a salesman. (The future malt mogul and his brother married his boss’ daughters.)

Eventually, Busch and Anheuser became partners and equals. It was the perfect match. Busch was the consummate marketer, and Anheuser was a skilled manufacturer. Working for his father-in-law, Busch developed pasteurization of beer and began marketing the Budweiser brand, which was named after Bmische Budweis, a town in his homeland of Germany. In 1876, Busch enlisted the help of his friend Carl Conrad (a liquor bottler) to develop this Bohemian-style pilsner beer.A fierce rivalry developed between Anheuser-Busch’s Budweiser beer and an old Czech brand from Budejovice. Since the 16th Century, the Czechs had called their product “The Beer of Kings,” so Busch began marketing his as “The King of Beers.”

By 1879, Busch was president of the Anheuuser-Busch Brewing Association. He held this position for more than 30 years.

His extravagant spending and elaborate lifestyle have become American folklore. Busch owned an expansive St. Louis manor, plus two palatial homes near Pasadena, California. He also had a country estate and a hops farm near Cooperstown, New York (not far from the Baseball Hall of Fame), two country villas in Germany, and his own private railroad car. His landscaping was famous for its fairy tale figurines, as Busch was a fan of the famed Grimm Brothers.

In 1911, when Adolphus and Lily marked their 50th wedding anniversary, he presented his queenly with a diamond tiara. U.S. President Theodore Roosevelt, the emperor of Germany, and other world leaders sent lavish gifts as well.

He died October 10, 1913 near Langenschwalbach, Germany. His son August took the reins of the company until his death in 1934. The company has been headed by a family succession ever since.

Incidentally, the famous Anheuser-Busch Clydesdale horses did not join the clan until after his death. In 1933, at the end of Prohibition, a team of Clydesdales were hitched up to pull the first load of legal beer from the St. Louis brewery. Company President August Busch (Adolphus’ son) was so taken by the sight that the horses became a favorite company trademark. 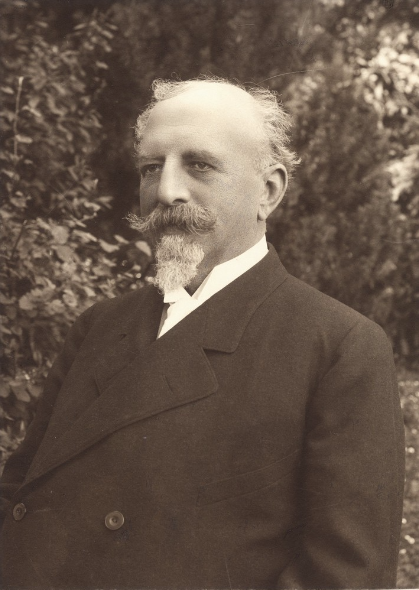 And there’s a few more thorough accounts of his life at Encyclopedia.com, the State Historical Society of Missouri’s Historic Missourians, and and a four part story “originally published in The American Mercury, October, 1929,” entitled The King of Beer by Gerald Holland.