Today is the birthday of Anna Maria Hartig Krug Schlitz (October 9, 1819-January 20, 1887). She was born in Germany, and married August Krug when she was 21, in 1840, and the couple emigrated to Milwaukee Wisconsin in 1848. The Krugs opened a restaurant and the following year, 1849, added a brewery, which was known then as the August Krug Brewery. When he died young, in 1856, his bookkeeper, Joseph Schlitz took over management on behalf of Anna Maria Krug. In 1858, she married Joseph Schlitz and he renamed the brewery after himself. 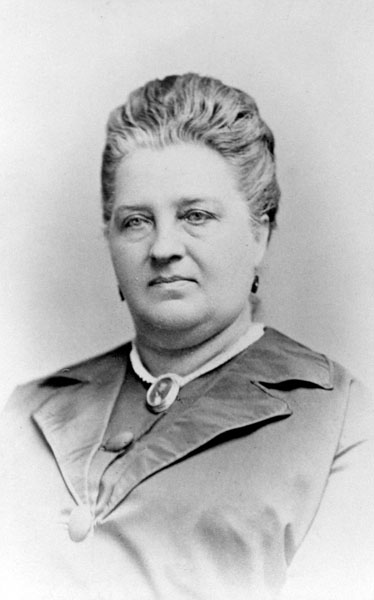 Anna Maria Hartig was born in Germany. Her first husband was Georg August Krug and her second husband was Joseph Schlitz.

Anna Maria and August were married in 1840 in Miltenberg, Germany. August came to Milwaukee Wisconsin in 1848 and in 1849 opened a restaurant and saloon on Juneau Avenue. He brewed his own beer in the basement of his Kilbourntown home, enough to supply the saloon and restaurant. Because of no refrigeration, beer was only brewed in colder months. He brewed about 150 barrels during the first year. When business was prospering, Anna Maria joined him from Germany.

In 1850, Georg Krug, August’s father, and eight-year old August Uihlein, August’s nephew, came to visit them. On their passage to Milwaukee, they survived the sinking of the S.S. Helene Schlomann. Krug’s father gave August $800, so he sold his restaurant and began construction of a full-time brew house, called the August Krug Brewery. He built Milwaukee’s first underground vaults for the storage of beer. August Uihlein remained in Milwaukee, lived with them and attended school in Milwaukee.

In 1850, August also hired four employees including Joseph Schlitz, a twenty-year-old bookkeeper, who was born in Mainz, Rheinhessen, Germany in 1831. Joseph Schlitz’s father was a wine and beer broker who taught his son the intricacies of both business and brewing. As a bookkeeper, Joseph helped to expand the business by buying horses, wagons, brewing equipment. By 1853 the brewery produced 300 barrels of beer.

In 1875, her husband, Joseph Schlitz, traveled to Germany and was lost at sea in a shipwreck off the coast of England on a steamer, The S.S. Schiller on May 7, 1875. A likeness of the steamer can be seen on the front of the Schlitz monument. 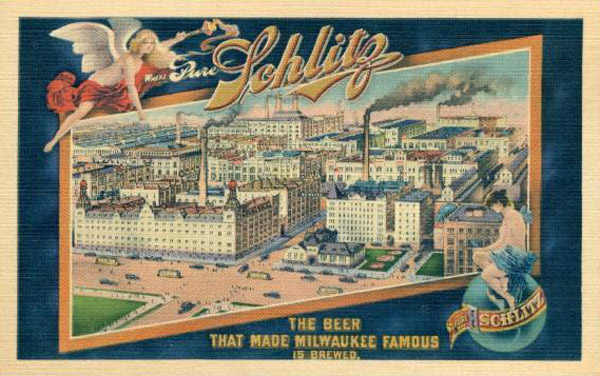 And this part of longer article on Immigrant Entrepreneurship entitled “Political Revolution, Emigration, and Establishing a Regional Player in Brewing: August Krug and Joseph Schlitz.” This portion discusses Anna Marie and her part of the story:

At the beginning was the German revolution of 1848. Georg August Krug (born April 15, 1815 in Miltenberg, grand duchy of Hesse-Darmstadt; died: December 30, 1856 in Milwaukee, WI) was born the son of Georg Anton Krug (1785–1860) and Anna Marie Ludwig (1784–1864), who owned the brewery “Zum Weißen Löwen,” the predecessor of today’s Faust brewery, in Miltenberg. This was a small and contested town at the River Main, which belonged until 1803 to the Electorate of Mayence (Mainz), became part of the grand duchy of Baden in 1806, was transferred to the grand duchy of Hesse-Darmstadt in 1810, and finally became part of the Kingdom of Bavaria in 1816. Georg August Krug worked in the family business but also became a member of a group of revolutionists surrounding a local doctor and farmer, Jakob Nöthig, who later emigrated to the U.S. after he was accused of being a ringleader (Rädelsführerei) of a local band of political agitators and other offenses against the Bavarian authorities. Krug and his father were among the petitioners in Miltenberg on March 8, 1848 who demanded liberal reforms. On the following day Miltenberg was shaken by protests and turmoil, and Bavarian armed forces reestablished order. Facing official prosecution, the younger Krug became part of the first wave of politically-motivated emigration. He arrived in the United States in May 1848, where he used only his second name and where he was naturalized on December 15, 1854.

In Milwaukee, at that time a preferred destination for the 48ers, August Krug established, probably with his savings, a saloon and restaurant on 4th and Chestnut Streets. Far from Bavaria, he still managed to receive additional support from his family. First, his fiancée Anna Maria Wiesmann Hartig arrived from Miltenberg (Oct. 9, 1819–Jan. 20, 1887) and they eventually married—likely in 1849. She was the daughter of Michael Wiesmann and Christina Schlohr, both from Miltenberg. Her presence allowed an expansion of his business activities. While Anna Maria Krug managed the restaurant, August Krug started a small brewing business at a nearby building at 420 Chestnut Street in 1849. Second, his father Georg Anton Krug arrived in the United States on October 25, 1850, accompanied by his grandson, 8-year-old August Uihlein. Such visits were not without risk: the visitors travelled on the Helena Sloman, the first German steamship on the transatlantic route. It encountered distress at sea on November 28, 1850 and sunk. Nine people were killed, but the vast majority of the crew and the passengers, in total 175 persons, were rescued by the American ship Devonshire. Georg Anton Krug lost a Bavarian beer pump, which went down with the wreckage, but he rescued $800 in gold (or $23,000 in 2010 dollars). This capital was invested into the brewery of his son and used to hire three additional employees, including a bookkeeper named Joseph Schlitz.

August Krug became a respected citizen. In 1850, his real estate property was valued at $1,600 ($46,100 in 2010 dollars). His household consisted of five people: himself and his wife Anna Maria, two brewery workers (both from Bavaria), and a young 18-year-old women, probably a servant. Krug was apparently a respected voice in his neighborhood, as his name was invoked in a newspaper advertisement for a local fireproof tile maker. He could afford to visit Germany in 1855, where he was able to meet with his relatives again. 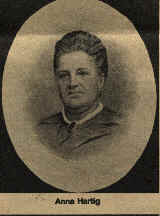 By the mid-1850s, Krug already saw himself as a competitor for preeminence with other German immigrant brewers in Milwaukee in particular the Best family and Miltenberg-born Valentin Blatz (1826–1894). However, he was injured in an accident late in 1856, when he tumbled down a hatchway, and passed away several days later. The value of the eleven lots of real estate he owned was estimated at $20,050 ($532,000 in 2010 dollars). There were a total of $15,296.76 in claims and demands against the estate, including $276.50 owed to bookkeeper Joseph Schlitz (in 2010 dollars, equivalent to roughly $406,000 and $7,330, respectively).

Anna Maria Krug became the sole owner of the Krug Brewery after her husband’s death. Two years later, in 1858, she married Joseph Schlitz, who at age 27 was twelve years her junior. While a later biography claimed that August Krug “had left definite instructions for the continuing of the business under the active supervision of his valued friend and employe[e], Mr. Schlitz,” there seems to be no direct evidence of this intention on August Krug’s part. Instead, this seems to have been a pragmatic decision reached by the couple together. Joseph knew the business, and he invested his savings to finance the small but steady expansion of the firm and received a free hand to operate it. The “son-in-law” or “widow/faithful employee” relationship mechanism was and is quite typical for ownership transfer in family businesses, and had already been practiced in Milwaukee’s brewing business: when Johann Braun, the owner of the City Brewery, died in 1851, Braun’s widow Louisa married Valentin Blatz. The widow’s capital and the new husband’s business skills enabled the business to continue operating without disruption. Although women played an important role in small businesses in the middle of the nineteenth century, such social mechanisms guaranteed that active management of mid-sized or larger firms by women was rare. Nevertheless, Anna Maria Schlitz seems to have been independent: for example, in 1863, she visited Germany without her husband escorting her.

Anna Maria Krug’s marriage to Schlitz allowed the brewery to retain a capable manager for the business. By the terms of her first husband’s will, after her death her share in Krug’s estate would pass on to his blood relatives, including his nephew August Uihlein. Anna Maria’s childlessness had been one reason for Uihlein’s migration. Her property rights were to become important for strengthening the Uihlein dominance in the Schlitz Brewing Company. After Schlitz’s death in 1875, she lived a modest and reclusive life at the home they had shared on 11th Street in Milwaukee, attended by only one servant, a young woman from Prussia. Like other Milwaukee elite members, she supported the Milwaukee Töchter Institut, founded by German immigrant social entrepreneur and early feminist Mathilde Franziska Anneke. However, not being active in business did not mean living without means: when Anna Maria Schlitz died in 1887, her estate was valued at $500,000 (or $11.8 million in 2010 dollars). Anna Maria Schlitz was buried at Forest Home Cemetery in Milwaukee.