Today is the birthday of Anthony J. McGowan (March 14, 1869-1932). McGowan was born in Ireland but came to America as a teenager, settling in Buffalo. New York, where he worked for and then owned his own tavern. He married Delia Maloney, and they together they had ten children, four sons and six daughters. 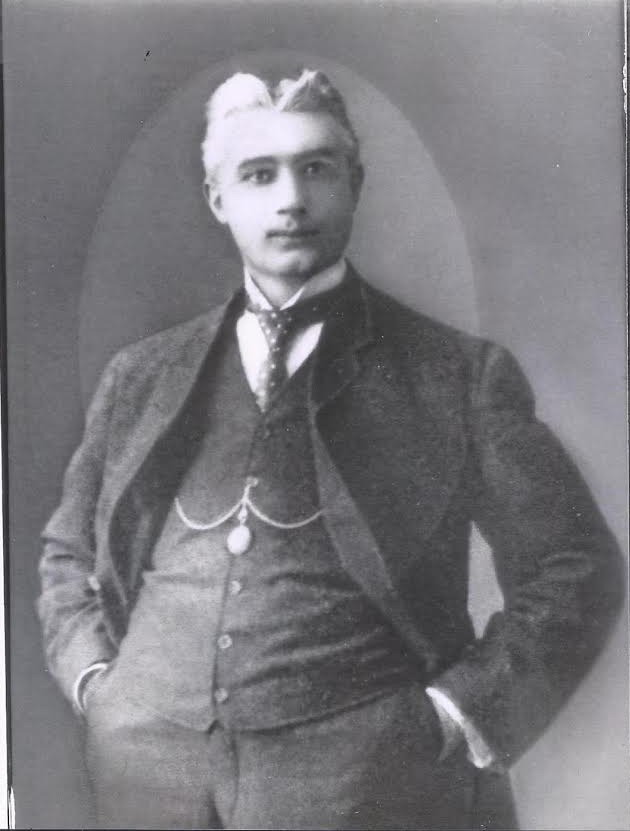 Part of his story is told in Rushing the Growler: A History of Brewing and Drinking in Buffalo, by Stepehen R. Powell. In Chapter III: Was Buffalo the Saloon Capitol of the World?, there’s this:

The life history of A.J. McGowan

Born on the 14th of March- 1869- of Irish parents, at a little town called Grey Grove in the parish of Kilmihil County Clare Ireland.

Immigrated from that dear little country at the age of sixteen years and one month. and set sail for my adopted country on the good ship named the City of Chicago on the 19th day of May-1886-arrived at the harbor of NY several days later and was taken into old Castle Garden and remained there for a few hours until a friend called and took me out of there, and what a relief. He was in the liquor business in Brooklyn and naturally the first thing he done was take me in to a restaurant for a good dinner on the N. end of the Brooklyn Bridge… So we arrived at his place of business and stayed there for about one hour… he took me back to the saloon with him. He kept introducing me to all his customers as they came in… Near here (Buffalo) is where life started after a few days in NY I decided to make the trip to Buffalo, the grandest city in the world and after a few days I arrived at the old Erie Rail Road at Exchange and Michigan St. and was met at the station by a policeman named John Pyne who was known by all the tuff characters from Buffalo to San Francisco and he took me to my brothers home at Fulton and Chicago St. and after 2 weeks rest I applied for a job to Mr. Cunningham as a scooper better known now as grain forwarding.

I appealed to Mr. Kennedy for a job who at that time had charge of all the freight coming into the Port of Buffalo. Worked at that line for a few months and things started to get quiet on the water front and one afternoon we were sitting on a tow board at the end of the in Bound freight house and in a general conversation he asked me how I’d like a job bartending. I said anything would be better than what we were doing at the present time. With the result I started the next morning tending bar at-19-Main St. which at that time was one of the most prominent parts of Buffalo. [end of excerpt]

Later, Anthony J. McGowan was to become the manager of James Kennedy’s Seabreaze Hotel on “The Island” off the foot of Main St. In 1897, he opened his own tavern at 206 Elk Street near the corner of Smith St. Mr. McGowan quickly became involved in local politics, becoming Democratic General Committeeman in the First Ward shortly after his arrival Buffalo. His rise into local politics continued in 1908, when he was appointed to the Department of Markets by then Mayor J.N. Adam and served as assistant superintendent in charge of the Elk Street market for 31 years. He later worked in the same capacity at the Black Rock Market after the Elk St. market closed in 1939. McGowan’s life in Buffalo shows us a personal side of one of Buffalo’s most diverse industries.” 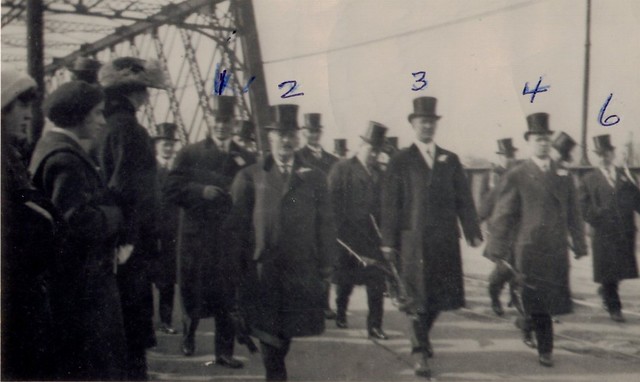 McGowan, who was presumably a prominent member of Buffalo society, at least in Irish quarters, marched in the city’s St. Patrick’s Day parades. In this photo, from the 1915 parade, he’s marked as #1. There’s more about the parade at the Buffalo News.

While unrelated, a book that was recommended to me by beer writer Michael Jackson was The Last Fine Time, by Verlyn Klinkenborg. It’s a fictional account of a family in the restaurant and bar business over several generations in Buffalo, New York.