Today is the birthday of Henry Boddington (December 18, 1813-August 19, 1886). After joining the Strangeways Brewery in Manchester as a salesman in 1832, Boddington became a partner sixteen years later, in 1848, but in 1853, he bought out the partners and became the sole owner, renaming it Boddington’s. 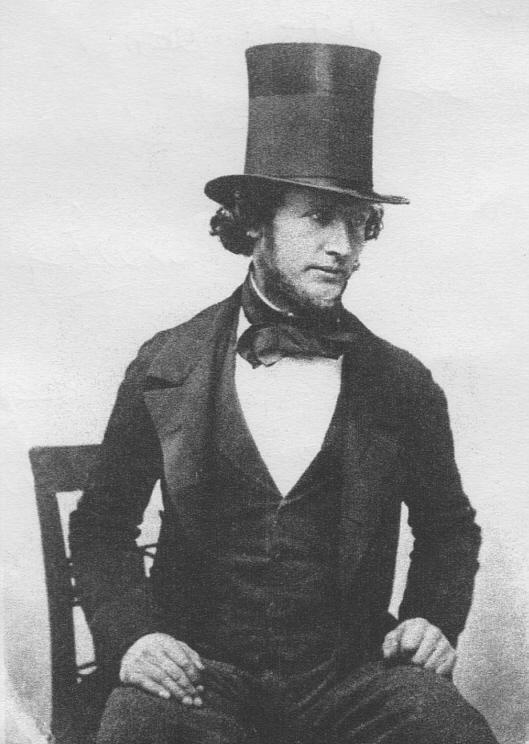 Here’s a short biography of Boddington:

Although Boddington’s ale is associated with Manchester, his family were originally from Middle Barton in Oxfordshire.

He was born in Thame in 1813, where his father was the miller. Times were hard in agriculture and the corn-milling business suffered.

The family decided to escape the poverty of rural Oxfordshire for the booming Manchester of the industrial revolution.

Henry began as a salesman for a brewery, and through a wise marriage he gained a foothold in the Strangeways brewery, which he went on to control. Under his leadership it became one of the biggest brewers in the north of England. 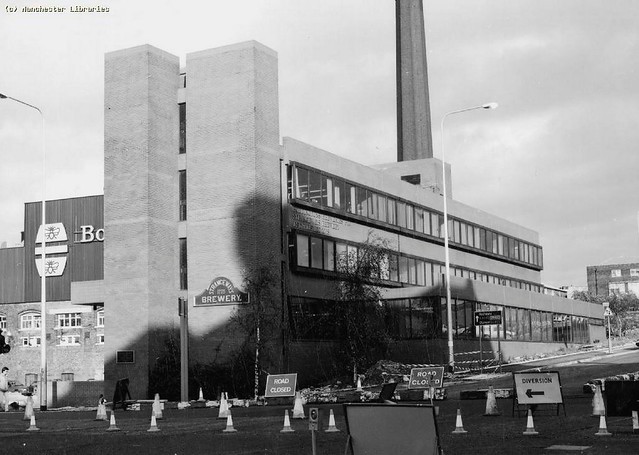 This biography of Boddington is from the “Oxford Dictionary of National Biography,” written by R. G. Wilson:

Henry Boddington was born in a mill cottage at Thame where his father, John Boddington, was the miller. He also acted as parish overseer, surveyor of the roads and master of the workhouse where the family lived from 1826. Young Henry was educated at a dame school in the town and assisted his father in various ways, notably with compiling the 1831 census returns for Thame. Henry’s older brother John went north to find his fortune, becoming a clerk at the Strangeways brewery of Hole, Potter and Harrison in Manchester in 1831 and the rest of the family followed in the hope of better prospects.

Henry became a commercial traveller for the brewery, progressed in the business and in 1847 became a partner on the departure of Hole. By 1852 he had become sole proprietor, his success assisted by his marriage to Martha Slater, daughter of a Salford dyer and banker. In the next two decades Strangeways’ output made it a major northern brewery with an empire later extending as far as Birmingham and Burton-on-Trent.

His marriage to Martha produced eight children and his second wife, Eliza Nanson, bore him four more. He retired to Silverdale near Carnforth where he died in 1886. His sons carried on the business, all prosperous and influential public figures in Manchester life. Henry Slater Boddington (1849–1925), for instance, was a director of the Manchester Ship Canal.

Boddingtons remained a family company until 1989 when it was sold to Whitbread and is now part of the Anheuser-Busch Inbev conglomerate, the leading global brewer. 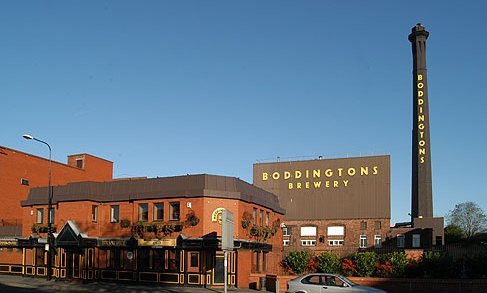 This is Wikipedia’s history of Boddington’s with the part concerning him:

Strangeways Brewery was founded in 1778 by two grain merchants, Thomas Caister and Thomas Fry, just north of what is now Manchester city centre. Their principal customers were the cotton workers of Manchester, then a burgeoning mill town. Henry Boddington, born in 1813 in Thame, Oxfordshire, joined the brewery in 1832 as a travelling salesman when the brewery was in the possession of Hole, Potter and Harrison. Like most Manchester breweries at the time, it was a modestly sized operation. Boddington had become a partner by 1848, alongside John and James Harrison, and by this time the company went under the name John Harrison & Co. In January 1853, Boddington borrowed money to become its sole owner. Between Boddington’s takeover until 1877, the brewery’s output increased tenfold from 10,000 to 100,000 barrels a year, making it not only Manchester’s largest brewery but one of the largest in the North of England, with over 100 tied houses. By 1883 Henry Boddington & Co. was a limited liability company. Henry Boddington’s estate was valued at almost £150,000 when he died in 1886. 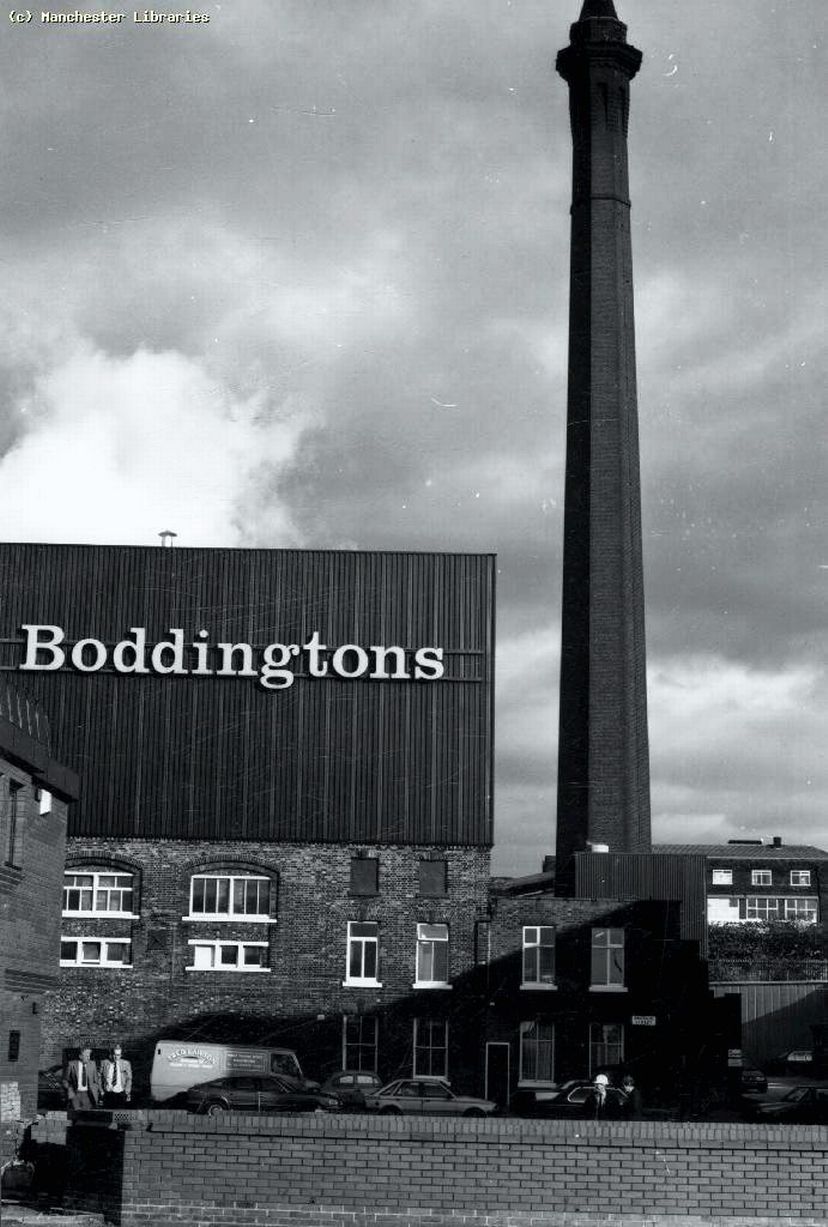 And here’s a longer history of the Boddington’s brewery, by Barry McQueen, town crier of Blackpool:

Encouraged by the growth of industrial Manchester, Thomas Caister and Thomas Fray established Strangeways brewery in 1778 on a site just past New Bridge Street to the north of the River Irk.
In 1813, Henry Boddington was born. At the age of 19, he became a traveller for the brewery, and was further promoted within the company, until he was made a partner by John Harrison, the then owner in 1847.

In 1877, a serious fire badly damaged the Strangeways brewery, which by this time had become the largest beer producer in Manchester. Henry Boddington introduced his son (also called Henry) to the management and thus Henry Boddington & Sons was born.

Following the death of Henry Boddington Snr. in 1886, the company become public limited with the name ‘Boddingtons Breweries Ltd.’, and in 1900 introduced the famous two bees and a barrel logo which is still used today. The logo was adopted from Manchester’s coats of arms with the two bees representing the two B’s of Boddingtons Breweries.

In 1908 Robert Slater Boddington became chairman, before his death in 1930 passed ownership to his sons, Geoffrey and Philip.

World War I followed, and on the night of December 22, 1940, German bombs destroyed Strangeways brewery, prompting the brothers to rebuild it bigger and better than ever. 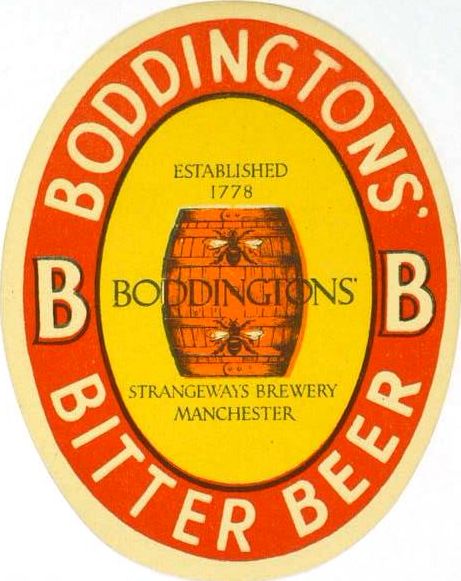 In October 1989 the brewing interests of Boddingtons were sold to Whitbread for £50.7 million, although the pub division was kept by the Boddington group. The move took Boddingtons from being a household name in Manchester with a production of 200,000 barrels a year and turned it into a Worldwide favourite with production in excess of 750,000 barrels, all at its Manchester Strangeways brewery!

In 1994, Boddingtons were the first brewers to introduce canned beer with a Draughtflow dispense system, which prompted the launch of Boddingtons Export in 1995 and Boddingtons Manchester Gold in 1996.

Sales of Boddies are at an all time high, so much so that over 90% of Strangeways’ production is now spent brewing the ale. As a result, Whitbread transferred brewing of Oldham Best bitter to its Burtonwood brewery in Warrington. 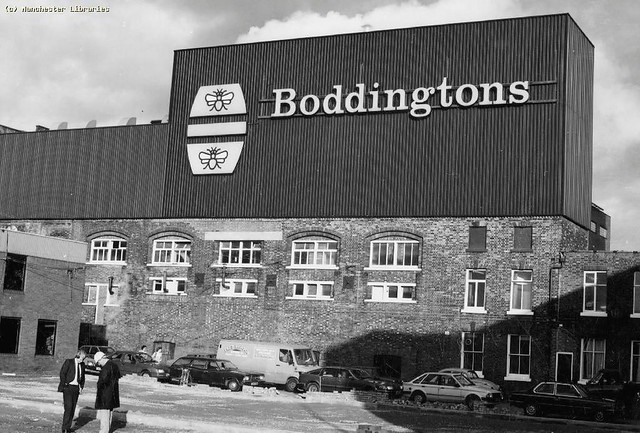 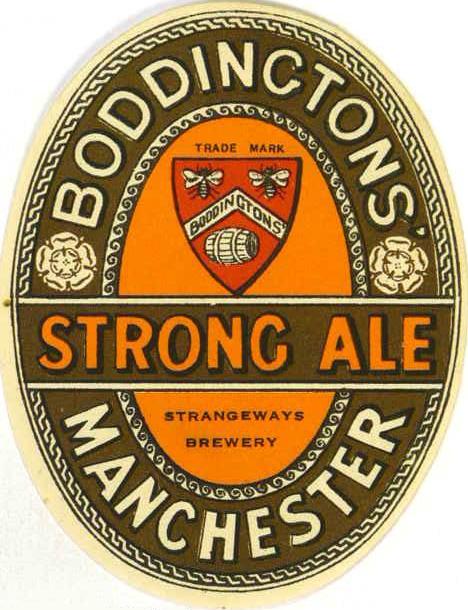