Today is the birthday of Henry Fink (September 7, 1835-January 10, 1898). He was born in Hesse-Cassel, Germany, but settled in Harrisburg, Pennsylvania. In 1862, along with a business partner, Christian Boyer, he bought the Barnitz Brewery (which had been founded around 1854), changing the name to Fink & Boyer, although it was also known as the Keystone Brewery. Later on, it was called the Henry Fink Brewery, then Henry Fink’s Sons and finally Fink Brewing Co., before prohibition shut it down. It reopened briefly in 1933, but closed for good the following year. 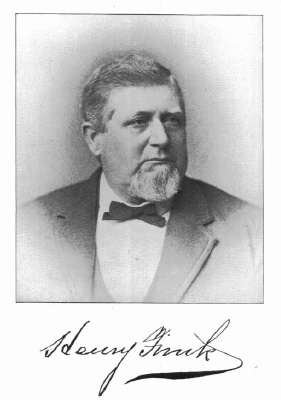 According to Otto’s Pub & Brewery:

The Barnitz brewery was started on Forster Street in Harrisburg in 1854, becoming the Fink & Boyer brewery eight years later. The brewery was producing about 4,000 barrels of ale and porter per year. In 1875 Henry Fink became sole proprietor, and in 1881 he built a large modern plant with a capacity of 20,000 barrels of lager beer, ale, and porter annually which he called Fink’s Keystone Brewery. The brewery survived Prohibition and introduced Purple Ribbon Pilsner, Wurzburger Lager, and Derby Ale, but went out of business the following year. Ironically, the building was sold to the Commonwealth of Pennsylvania, and today the building which was subsequently built on the site houses the PLCB. 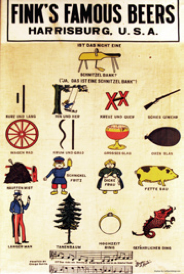 Harrisburg’s Fink brewery was one of many brewers that capitalized on Pennsylvania’s German or “Pennsylvania Dutch” heritage with this “ Schnitzelbank Song” that surely inspired many tavern-goers to break into song. Made like a sampler to teach youngsters the alphabet, it presented Pennsylvania German culture in a novel way. Many Pennsylvania brewers issued similar posters.

In “Notes and Queries: Historical, Biographical and Genealogical Relating Chiefly to Interior Pennsylvania,” edited by William Henry Engle, published in 1898, has the obituary of Henry Fink: 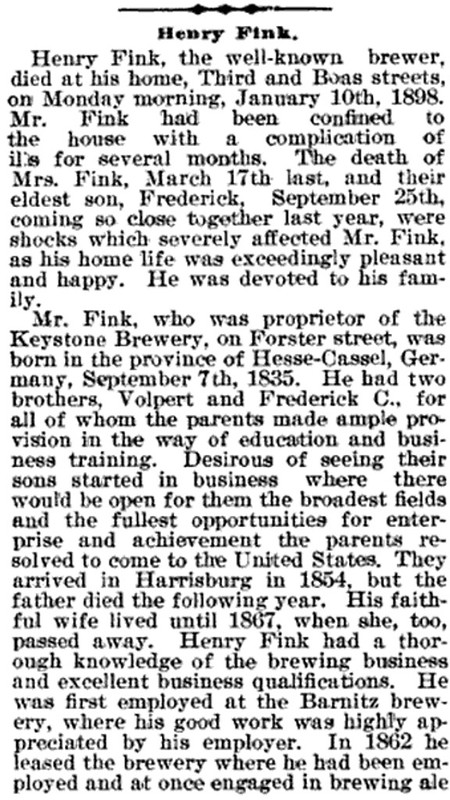 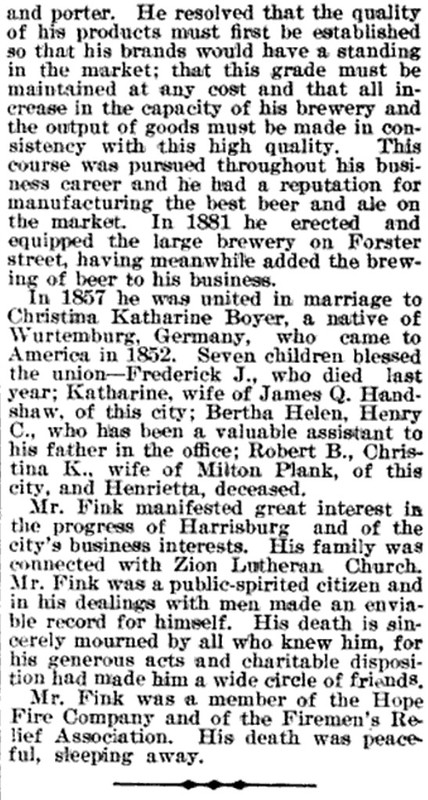 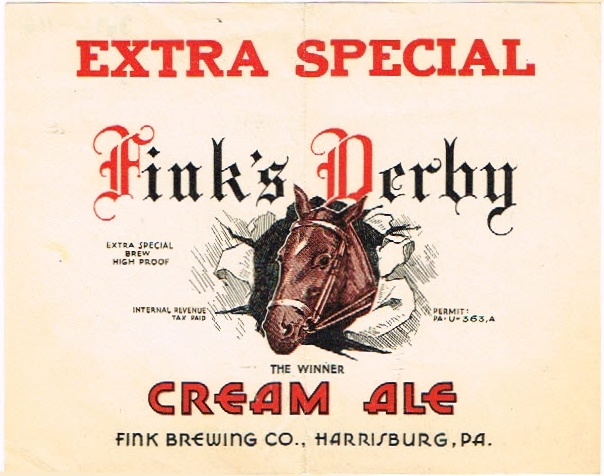 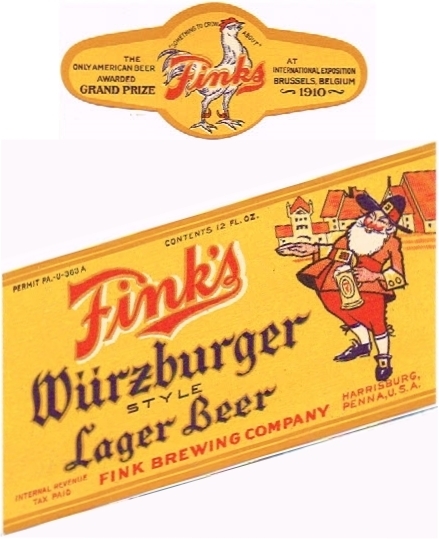 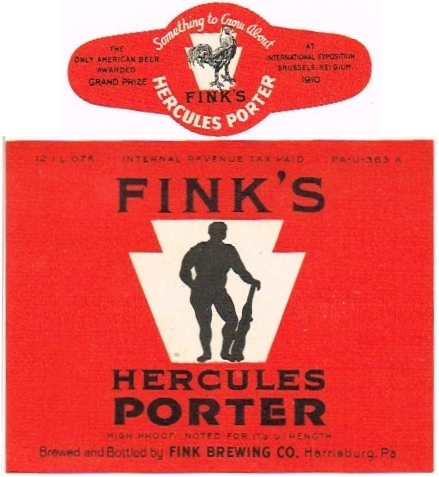 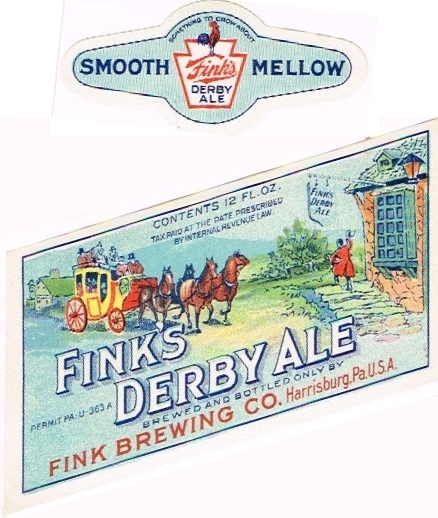 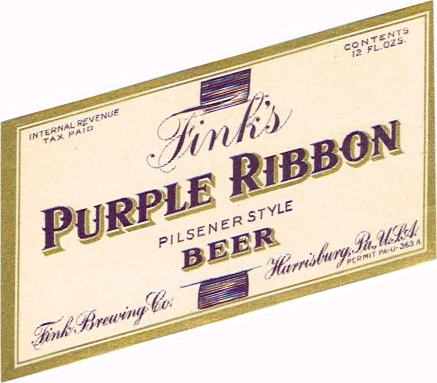 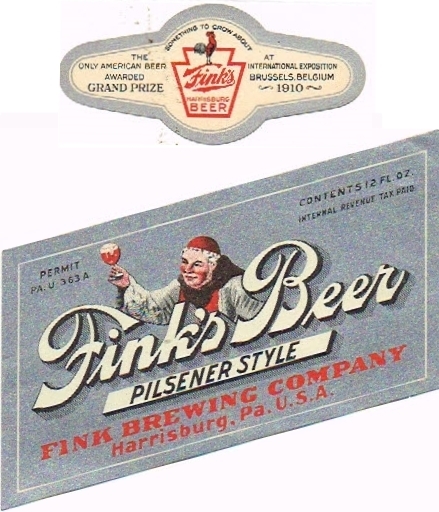