Today is the birthday of Henry Schupp (November 1, 1868-September 27, 1936). Schupp was born in Germany, and helped found the Bellingham Bay Brewery, which was owned by Leopold F. Schmidt, who’s best known for owning the Olympia Brewery. After its completion in 1902, Schupp was the secretary, manager and brewmaster of the brewery. He had worked for Schmidt in several other capacities prior to that, including at Olympia Brewery and in the hotel business. 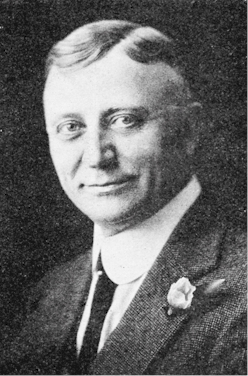 This account of Schupp is from the “History of Whatcom County,” by Lottie Roeder Roth, published in 1926:

Depending upon his own resources for advancement, Henry Schupp has achieved noteworthy success as a hotel operator and belongs to that select company of aggressive, farsighted business men who have made Bellingham what it is today, one of the most enterprising and prosperous cities in the state. He is a native of Germany but has lived in the United States since young manhood and is thoroughly American in thought, spirit and interest. He was educated in the public schools of his native country and in the night schools of Cincinnati, Ohio, and in 1889 he sought his fortune in the mines of Montana. He was also connected with the hotel business in that state. In 1900 he came to Washington. He spent two years in Olympia, associated with Leopold F. Schmidt, and in 1902 arrived in Bellingham. He at once entered prominently into the business life of the city, and with Mr. L. F. Schmidt built the Bellingham Brewery, which proved a successful venture. He is now secretary, treasurer and manager of Hotel Leopold, of which F. M. Kenny is vice president. It was opened May 25, 1913, and was named in honor of Leopold F. Schmidt, president of the company controlling the business. The building was erected in 1912 and 1913 by the Byron Hotel Company and the business was founded by Captain Byron, who constructed the Byron Hotel in 1906.

Hotel Leopold is centrally located and its furnishings, accommodations and service are modern and up-to-date in every respect. It is the largest hotel in northwestern Washington, containing two hundred rooms, one hundred of which are provided with private baths, and there are twenty-five sample rooms. The hotel is noted for the excellence of its cuisine and the main dining room has accommodations for two hundred guests. The tulip room will seat two hundred and fifty persons, and the hotel is thus able to accommodate some five hundred diners. Hotel Henry, under the same management, was established by Mr. Schupp at Bellingham in 1923 and has also found favor with the traveling public. It contains one hundred rooms and fifty baths and is the newest and most progressive hotel on Puget Sound. It reflects an atmosphere of refinement but not exclusiveness, for here “you can come as you are.” The hostelry is comfortable, homelike and unequaled in many ways. This is the only hotel known to serve its guests in their rooms with a complimentary breakfast, consisting of a pot of coffee, toast, marmalade, butter and cream, the the polite request: “Don’t tip the boy.” That Mr. schupp has thoroughly grasped the art of modern hotel keeping is indicated by the high degree of efficiency maintained in the operation of the business, which reflects his foresight, capacity for detail and administrative power. He puts forth every effort to promote the comfort and well being of those who are his guests, and an ever increasing clientele is evidence of the prestige enjoyed by Hotel Leopold and Henry.

In 1888 Mr. Schupp married Miss Katherine Sengenberger, of Cincinnati, Ohio, and they have three adopted children: Katherine, who is the wife of Briggs Burpee, of Bellingham; Henry, a student in the State College, where he is taking a course in civil engineering; and Margaret, a high school student. Mr. Schupp is a stanch republican and a citizen who loses no opportunity to exploit the many resources and attractions of his community and state. He is a director of the Bellingham Chamber of Commerce and served for several years on the board of park commissioners. He is a member of the Rotary and Country Clubs and the Washington Hotel Men’s Association. He is also connected with the Benevolent Protective Order of Elks, the Fraternal Order of Eagles and the United Commercial Travelers. Mr. Schupp has a wife acquaintance among the tourists who visit this region each season in large numbers, attracted by its scenic grandeur. He is a gentleman of courteous bearing, genial nature and much personal magnetism, exceptionally well fitted for the business in which he is engaged, and numbers his friends by the thousands. His success is the merited reward of a life of well directed industry and his labors have been of signal service to Bellingham, in which he is highly esteemed. 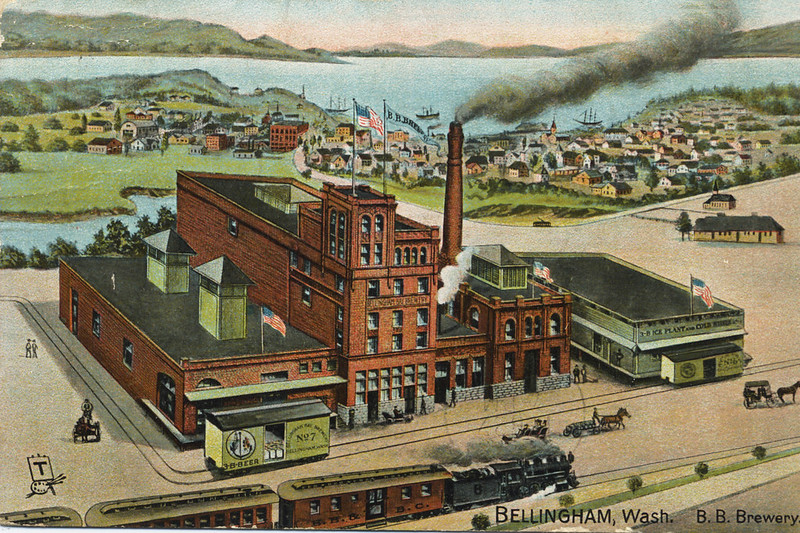 And here’s his obituary, published in The Bellingham Herald, September 28, 1936:

Henry Schupp, one of Bellingham’s most civic-minded citizens, whom many regarded as an ideal hotel host, died early Monday morning at his home, 6 Garden Terrace. He had been in ill health several years, suffering from heart disease. Recently he had been taking short walks almost daily and he was seen by friends Sunday strolling along High street. For many years, and until his retirement a few years ago from active participation in the hotel business. Mr. Schupp was one of Washington’s most widely known and popular hotel men. He was 67 years of age and had lived at Bellingham thirty-four years. His business and other affiliations were numerous and probably no one has been more active in behalf of Bellingham than Mr. Schupp. He was a charter member of the Rotary club and at his death held membership in Elks lodge No. 194 and the Chamber of Commerce.

A man who always had a smile, and at heart a community booster, Mr. Schupp’s interests, business and social, were diversified. He for years managed the Hotel Leopold and was one of the moving spirits behind the erection of the $500,000 New Leopold, which was opened in November, 1929. He was one of the most active members of the Chamber of Commerce. In 1924 he headed the Tulip Festival association. He represented the Chamber as director of the Puget Sounders, which he was instrumental, with others, in organizing. Among other positions he held was director of the Pacific Highway association; director of the Mount Baker Development company, which built the Mount Baker lodge, and he was president of the Puget Sound Hotels. At his death he held part interest in the Henry hotel. When the New Hotel Leopold was opened, Mr. Schupp was managing director of the Leopold and the Henry. He was familiar with the hotel business long before he came to Bellingham. His introduction to it came when he was a boy, when his father, Carl Frederick Schupp, operated the Green Tree Tavern at Lollar, Germany, where Mr. Schupp was born in November, 1868.

Henry Schupp left Germany for American when 14 years of age. For a time he lived in Cincinnati, Ohio, where he attended night school. Later he removed to Montana, but before he did so he married on November 22, 1888, Katherine Sengenberger. In 1890 Mr. Schupp located at Basin, Montana, a silver mining camp, where life was rough and free and guns were conspicuous. At Basin, Mr. Schupp and his friend, Leopold Schmidt, who died many years ago, established the Merchants hotel. It was made of logs and had two stories. The partners operated a lodging house for overflows. While Mr. Schupp was at Basin, he and Mr. Schmidt, then living in Butte, formed a partnership to build a waterworks system at Basin.

After ten years at Basin, Schupp came to Puget Sound. Settling at Olympia, he became secretary-treasurer of the Olympia Brewing Company. Nine years later he became secretary-treasurer of the Byron hotel in Bellingham. Four years later the Leopold was opened and he became its manager. Mr. Schupp’s hotel interests gradually expanded until, when the New Leopold was opened, with one of the biggest banquets Bellingham has ever known, he was general manager of a chain of hotels that operated in five cities. He also was president of the New Washington Hotel company, Seattle. Mr. Schupp’s creed, as a hotel man, was: “Hail, guest! If friend, we welcome thee. If stranger, same no longer be. If foe, our love shall conquer thee.” Neatly framed, this creed hung in Mr. Schupp’s office throughout his hotel career in Bellingham.

Both can be found at Brewery Gems, who also has a lengthy page about the Bellingham Bay Brewery itself. 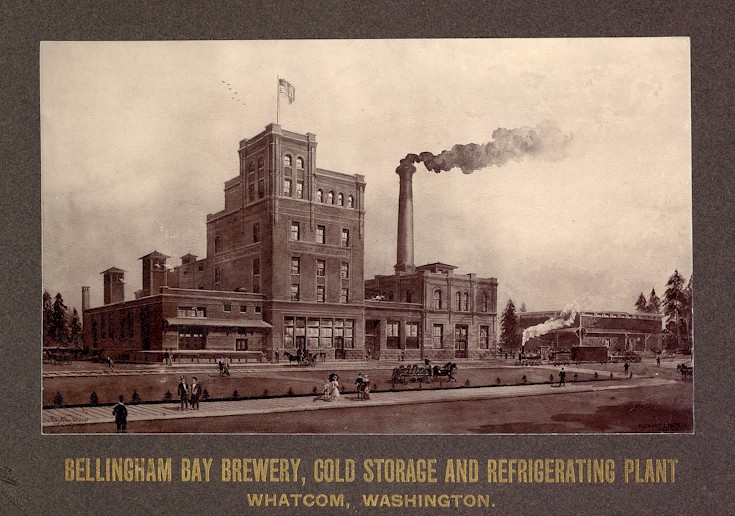