Today is the birthday of Rudolph J. Schaefer III (August 29, 1930-June 10, 2011). Also nicknamed “Rudie” — he was the great-great-grandson of Rudolph J. Schaefer, who was the son of Maximilian Schaefer, and he, along with his brother Frederick, founded the F&M Schaefer Brewing Company in 1842. Rudie’s great-grandfather Rudolph became the president of F&M Schaefer Brewing in 1912, and continued in that position until his death. He also bought out his uncles and their heirs, and controlled the entire company, which allowed his father Rudie to become president in 1927, a position he held until retiring in 1969. Rudie III then became president, and held that position until 1975. “In 1981 Schaefer was acquired by Stroh Brewing Company which, in turn, was acquired by Pabst Brewing Company in 1999.” 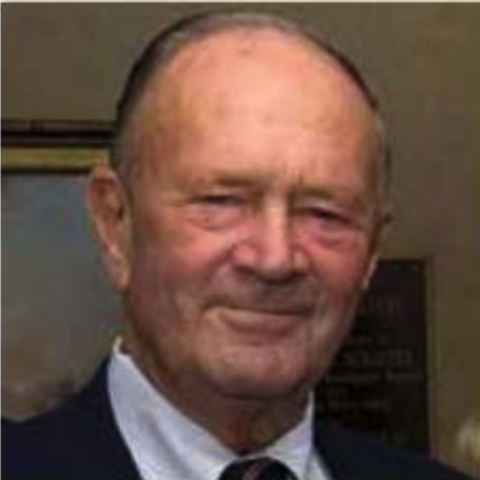 After graduation, Rudie enlisted in the Navy in June, 1952. He served active duty aboard the USS MacGowen DD678 from 1953 to 1957 in the Middle East, attaining the rank of lieutenant JG. He remained in the Naval Reserves until 1969.

A philanthropist throughout his life, Rudie was especially proud of his work with the Mystic Seaport, serving as a trustee in 1975 and later president and chairman of the board from 1983 to 1989.

His love of the sea and yachting, sparked a life long interest in marine art. He was very proactive in supporting many aspiring marine artists. Rudie was instrumental in building the Mystic Maritime Art Gallery at the Mystic Seaport in honor of his father, Rudolph J. Schaefer Jr.

And here’s another obituary from the Hartford Courant, published September 18, 2011:

Extraordinary Life: Rudolph J. Schaefer III of Stonington, was a successful businessman and a generous philanthropist, but the sea was his passion. He also was an heir to the F&M Schaefer Brewing Co., New York’s longest operating brewery.

Rudie Schaefer was a successful businessman and a generous philanthropist, but the sea was his passion. He enjoyed being on the water, collecting modern marine art and working for Mystic Seaport, where he served as president of the board of trustees.

He also was an heir to the F&M Schaefer Brewing Co., New York’s longest operating brewery.

Rudie Schaefer III was born Aug. 29, 1930, and grew up in Larchmont, N.Y., outside Manhattan. His mother, Lucia, was a homemaker and his father was commodore of the Larchmont Yacht Club. Rudie grew up on the water, sailing small and large boats. He graduated from Rye Country Day School and Choate, then attended Washington and Lee University for two years. He obtained his bachelor’s degree in business from Hofstra University in 1952.

After graduation, he enlisted in the Navy and served in the Middle East from 1953 to 1957. He was en route to the Suez Canal during the Middle East crisis of 1956, when many people thought war was imminent. His ship was the last to go through the canal before it closed, but the issues were resolved and he did not see combat.

In the fall of 1956, he married Jane Isdale, a fellow sailor from Larchmont. They had six children; one daughter Anne, predeceased him.

F&M Schaefer, the family beer company, was founded by Schaefer’s great-grandfather Max Schaefer and Max’s brother, Frederick Schaefer, who came to New York in the late 1830s. They worked for a small brewery, owned by Sebastian Summers, but Max introduced the formula for lager beer, popular in Germany but unknown in the United States. Lager became extremely popular, and in 1842 the brothers bought the company. It was a family company for nearly 150 years, and its memorable slogan was “Schaefer: The one beer to have when you are having more than one.”

After his Navy servicer, Schaefer joined the family company in 1957, and went first to Albany to run a plant. The family moved several times as Schaefer rose in the company, and he lived in Rye while he served as president from 1972 until 1975. He retired in 1976.

In 1981, the Stroh Brewery bought the company, and Pabst Brewery bought Stroh in 1999, but Schaefer beer continues to be brewed and distributed in the Northeast and Puerto Rico.

For about five years, Schaefer was a partner in Aquasport, a company that manufactured small fishing boats in Florida.

He also was an outdoorsman who loved trap shooting, hunting and fishing. He once hooked a “grander,” a 1,000 pound black marlin, in Australia, which took 3-1/2 hours to reel in. Broken eardrums kept him from deep sea diving, but he loved going out on his 46-foot yacht built from the hull of a lobster boat.

In the early 1980s, Schaefer became one of the founders of the Stonington Country Club. A perfectionist, he would go around the course picking up rocks, or take a dinghy out to retrieve balls lost in the pond.

The high spirits that led him to dress up in crazy costumes for clown dives at the country club as a teenager never faded. He was a storyteller and had a sense of humor about himself. He liked to tell the story of how he once took a golf swing and missed, then knocked the ball into the clubhouse on the way back.

In 1982, the Schaefers moved to Stonington.

“Mystic Seaport brought us here,” said Jane Schaefer who like her husband, became an active volunteer at the seaport. Like his father, he became a trustee and served as president and chairman of the board from 1983 to 1989.

Schaefer was one of the early Pilots, a group of seaport volunteers who spend two weekends a year doing odd jobs, including painting and maintenance at the port. Schaefer’s preferred activity was shingling, and he would suit up in his tool belt and repair roofs wherever it was needed.

Schaefer had an encyclopedic knowledge of boating.

“He just knew every boat yard up and down the East Coast,” said Russell Burgess, a sailing friend. To make sure that old-boat-building techniques and sailing yarns weren’t forgotten, Schaefer funded a position for an oral historian at Mystic who interviewed boat builders, architects and famous sailors. He supported the library and was active in finding collections and boats for the museum.

Always interested in art, Schaefer was instrumental in establishing the Maritime Gallery at Mystic Seaport, a showcase for modern, international marine art and donated a building in honor of his father. Some of the younger artists whom Schaefer collected and promoted became well-known, such as Don Demers, a Maine painter whose work he first encountered at the gallery.

“Rudie took note of the paintings, introduced himself and made a point of complimenting me,” recalled Demers. Schaefer began buying Demers’ work, and in 1988, Demers had a one-man show at Mystic that sold out.

“He had a lot of influence,” Demers said. “If you got Rudie’s stamp of approval, you were validated, and that certainly happened to me.”

“He was a rare trustee,” said Paul O’Pecko, the reference librarian. “He really did give freely of his time, talent and treasure.”

“He had a motto,” said his wife. “Make one person smile every day.” 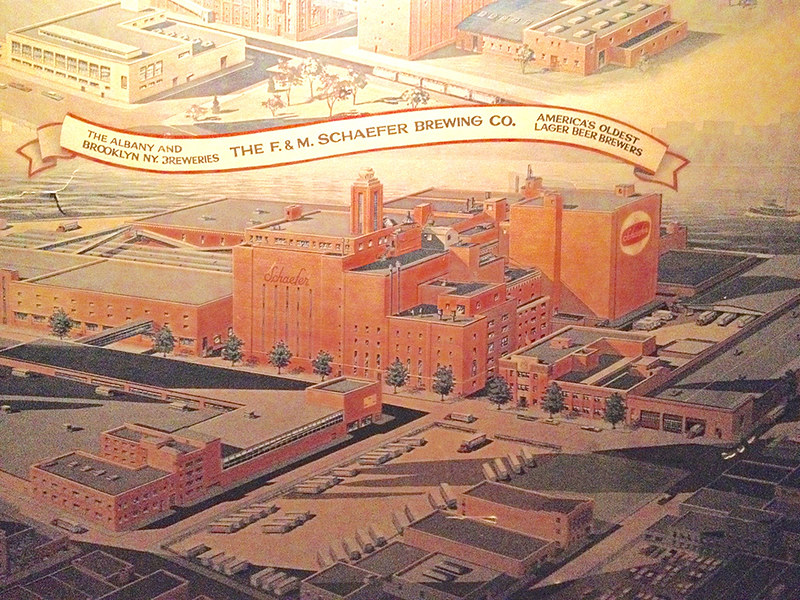