Wow, Jesse Houck, who used to brew at 21st Amendment, and most recently was at Drake’s, is moving to Los Angeles to become the new brewmaster at Golden Road Brewing. According to the press release:

Houck and Golden Road President, Meg Gill, first met at 21st Amendment Brewery in 2008, where they bonded over their mutual love for canned beers and California IPAs.

Golden Road has experienced a rapid expansion since opening in October of 2011, doubling the size of their brew house and brewing capacity, releasing four canned beers and over fifteen specialty brews, opening over 500 draft accounts throughout the greater LA area. Says Golden Road President Meg Gill: “As we look forward to 2013, we have big plans for the direction we want our beers to go. We’re thrilled to bring Jesse’s leadership and dry, hoppy, clean-beer loving palate to LA.”

Adds Houck, “I am looking forward to sharing Meg and Tony’s vision of crafting quality beers for LA, and excited to be part of one of the fastest growing craft beer scenes on the West Coast.” A long time bay-area brewer, Houck brings a blend of chemistry and artistry to his brewing, having studied Chemical Engineering before becoming fascinated — and later obsessed — with home-brewing and beer.

Co-founder Tony Yanow has also been a fan of Houck’s for years, commenting, “Jesse has created some of my favorite beers, and we’re excited to bring his creativity and brewing expertise to our team.”

That’s awesome news for Jesse. He’s a terrific brewer and should be a good fit at Golden Road. 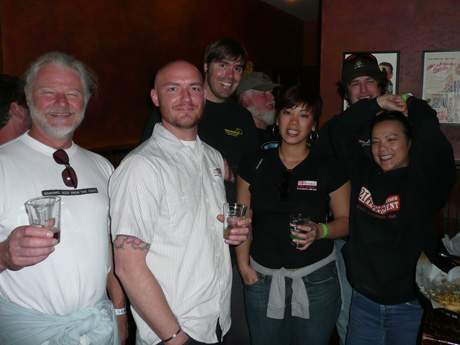