This morning, Labatt Breweries, itself part of the family of brands owned by Anheuser-Busch InBev, announced that they were purchasing Toronto’s Mill Street Brewery.

Labatt Breweries of Canada today announced that it has purchased Mill Street Brewery, an award-winning craft brewer based in Toronto. The deal will allow Mill Street to deepen its traction with consumers in the fast growing craft beer segment, where it has an extraordinary variety of unique beers, as well as brew pubs in both Toronto and Ottawa. To help achieve this, Labatt will immediately invest $10 million in Mill Street’s Toronto brewery, which includes a state-of-the-art brewhouse and packaging capabilities.

“Mill Street has continually distinguished itself with its energy and success in innovation, and powerful commitment to great-tasting quality beer,” said Labatt president Jan Craps. “Our partnership and investment will accelerate its growth in one of the most dynamic beer segments, while fully preserving Mill Street’s creative character and pioneering spirit.”

“With the success of Mill Street has come the challenge of serving a growing demand for our brands,” said Irvine Weitzman, Mill Street CEO, who will continue with Mill Street along with co-founder Steve Abrams and famed brewmaster Joel Manning. “Our partnership with Labatt is a natural evolution in our growth that will allow more Canadians to enjoy our beer and secure the legacy of our brands by allowing us to remain focused on the authentic characteristics that have made Mill Street what it is today.”

Founded in Toronto’s Distillery District in 2002, Mill Street is an award-winning craft brewery and the largest producer of certified organic beer in Canada. It has won numerous beer quality awards including the Canadian Brewery of the Year Award in three consecutive years. Core brands include Ontario’s first organic beer, Mill Street Original Organic Lager, along with 100th Meridian, Tankhouse Ale, and Cobblestone Stout. The brewer is also renowned for permanent specialties including a strong golden ale Betelgeuse, an Irish-style red ale Bob’s Bearded Red and nitrogen-charged Vanilla Porter, as well as for several small-batch specialty beers.

“Throughout our history, our dedication to our craft and our passion for pushing the envelope have allowed Mill Street to make waves in Canada’s craft beer segment,” said Abrams. “We are excited about the prospect of working with Labatt to build even further on our successes and sharing our brands with more beer lovers across Canada.”

Mill Street brands will continue to be brewed under the expertise of brewmaster Joel Manning.
“This investment in a state-of-the-art brewhouse that Mill Street will run on a stand-alone basis positions us to reach the very top of our craft,” added Manning. “We couldn’t be more pleased by this fantastic opportunity to further entrench our reputation for innovation and quality, and bring more great brands to more consumers.” 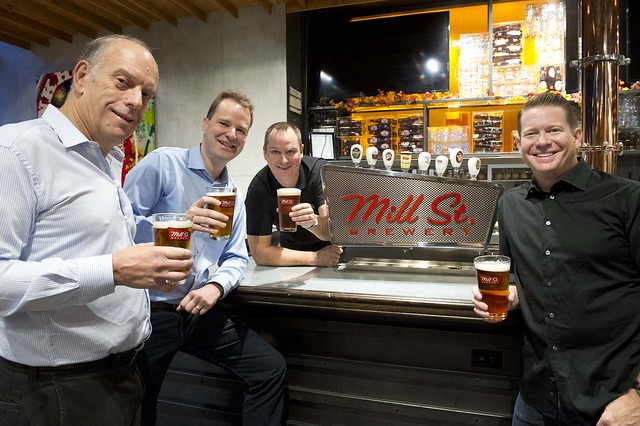