When Anchor’s Liberty Ale was first released in 1975, few people knew what to make of it, and in the intervening years, I’ve heard debates on both sides about whether or not it’s a pale ale an IPA or something else altogether. Certainly it was the first beer to be brewed with Cascade hops. But Anchor seems to have an answer at last to that eternal question with the announcement today that they’re releasing a new beer, Liberty IPA, based on the original Liberty Ale. The press release is below, but all you need to know is in this sentence. “Liberty IPA is Anchor’s reimagining of the craft beer classic Liberty Ale, envisioned through the lens of today’s IPAs.” 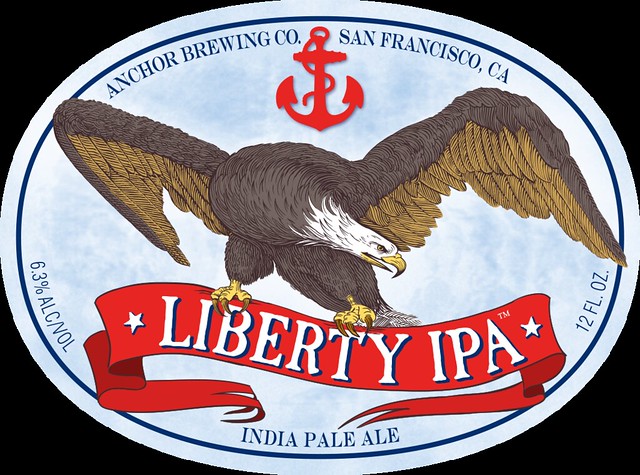 Like its predecessor, Liberty IPA (6.3% ABV) is made with two-row pale malt and Cascade hops. It is the combination of Cascade with new hop varieties—Nelson Sauvin and El Dorado—that creates the mouthwateringly complex and robust aromas of pine and citrus in this crisp, American-style IPA.

“Liberty IPA is a revolutionary brew—reimagined,” said Anchor Brewmaster Scott Ungermann. “The beer is a bright straw golden color and boasts aromas of dank and resinous pine up front, with bold citrus and grapefruit notes on the back end. You can really taste the assertive bitterness, with hints of a light biscuit malt base and a smooth, dry finish. Liberty IPA is a celebration of the Cascade hopped IPA’s that Anchor first popularized back in 1975 and remain at the forefront of American craft beer trends.”

Liberty IPA is Anchor’s reimagining of the craft beer classic Liberty Ale, envisioned through the lens of today’s IPAs. Liberty Ale was first brewed in 1975 to celebrate the 200th anniversary of Paul Revere’s midnight ride, and was the first American IPA brewed after prohibition. This revolutionary forerunner of the modern IPA introduced America to the Cascade hop and the nearly lost art of dry-hopping, a steeping process to infuse beer with bold hop aromas.

Liberty IPA is available starting January 2017 nationwide for a limited time in 6-pack bottles and on draught at select bars, restaurants, and stores as well as at the Anchor Brewing Taproom in San Francisco. 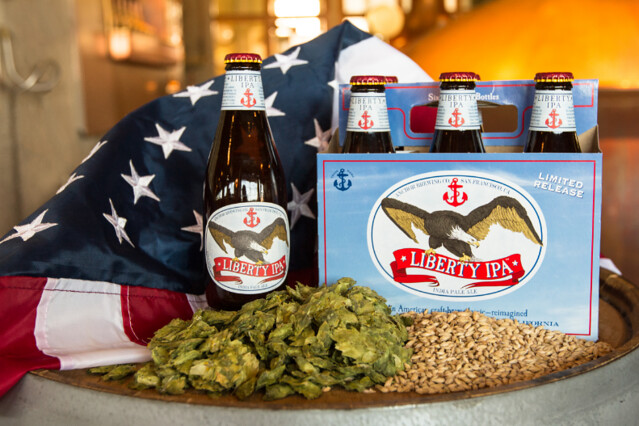