I’m not sure what to make about this beer, Nuclear Sunset, from the British brewery Hardknott, which is located in Cumbria, in the North West of England. I learned about it from an item on Drinks Business. The beer is being released today in commemoration of the 70th anniversary of the dropping of atomic bombs by the United States on, respectively, Hiroshima, Japan (August 6, 1945) and Nagasaki, Japan (August 9, 1945). The day is already celebrated, or commemorated, in Japan with a Peace Memorial Ceremony at the Hiroshima Peace Memorial Park, and variously around the world as “A-Bomb Day,” “Hiroshima Day” and “Peace Day” so it’s not without precedent. 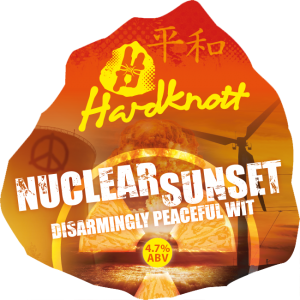 Co-owner Dave Bailey, who used to be “an engineer at the Sellafield nuclear reactor plant,” didn’t want to let the 70th anniversary of what he calls “the two most destructive single attacks on humanity” pass without doing something. So they decided to make this beer, Nuclear Sunset, hoping to spark a dialogue in the hopes that it never occurs again, which seems appropriate to me. After an initial press release that apparently some thought was a “little crass,” he’s rewritten “the story as it actually happened, and with a personal touch.”

Scott and I had tasted a Japanese wheat beer which we liked. We decided that although very nice, it was expensive, having come all the way from Japan. We thought we could make a beer similar, with our own individual slant. We set about making the beer, with our own tweaks, using orange peel, orange juice coriander and nutmeg. We think we have exceeded our own expectations with the beer. It is certainly less expensive than the Japanese version and at least as good.

Scott wanted to call it “Nuclear Sunset” as a kind of nod to Britain’s Energy Coast and the fact that we do get stunning sunsets here. I liked the name, but started to look for the theme, the angle, the story we would attach to the beer.

Scott doesn’t think perhaps as deeply about things as I do. I might be doing Scott and injustice, he does at least understand the meaning of the term existential crisis, where as I just have them. Either way, I got myself into a position of writing what was inevitably an opening up of feelings I have towards my existence here on the West Coast of Cumbria.

I did a bit of internet research. I often get onto websites concerning my previous employment in the nuclear industry, it consumes too much of my time. It immediately become apparent that it was getting close to the anniversary of Hiroshima and Nagasaki. I have now written a significant explanation of my position on my blog.

Nuclear Sunset Pump Clip-01There are a lot of anniversaries being “celebrated” at the moment. It’s not long since the 70th anniversary of the end of the Second World War in Europe. There is much being said about the first world war too, being as it’s 100 years since we were right in the middle of that. Some of the commemorations do appear to have a tint of “look, we won these wars, how good are we?”

I had already started to think about making the beer a little bit of a challenge to the general public’s view of nuclear, being from within the nuclear industry we see things differently. Oil will run out sometime, renewables are great, but personally I don’t think they will solve everything. I wanted to try and separate nuclear weapons, which I believe are bad, from nuclear energy, which I believe can be good if we work hard to make it safe.

I did not feel I wanted to release a beer called by the name without recognising the events of Hiroshima and Nagasaki. In fact, it seems to me that they are part of the end of the last world war that is ignored too much.

Apparently there’s been some controversy over the beer, so he clarified things further with a blog post, entitled Nucleated Mind. As somebody who spends every day thinking about what happened that day or what holiday is going on, I can’t help but think we should do whatever we can to keep some important issues in the forefront, even if the discussion is started by a beer. And it certainly seems like the perfect beer to have this discussion over. 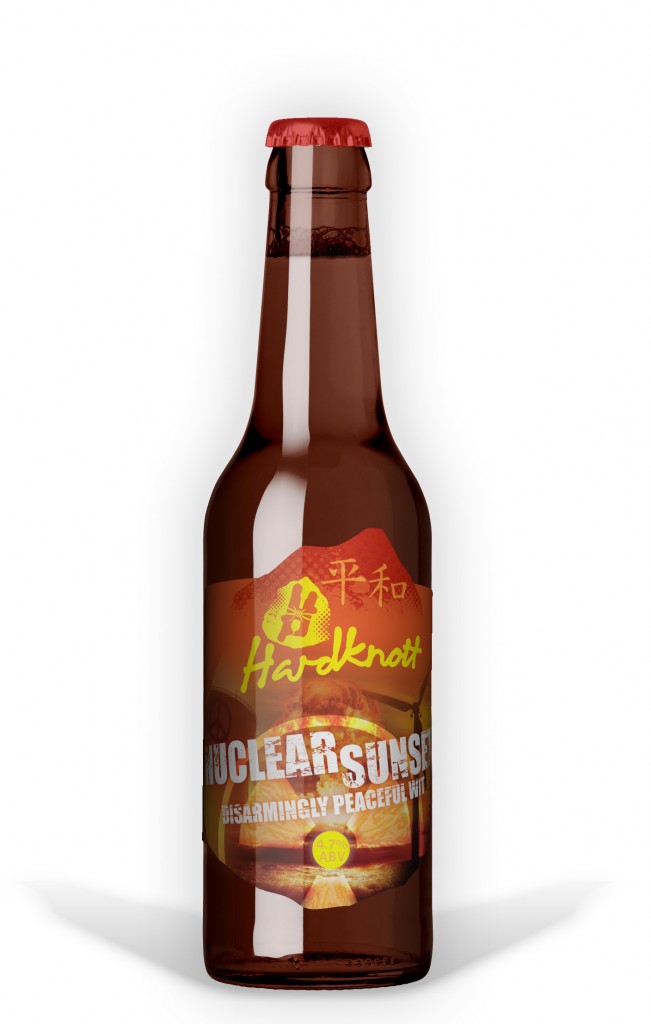