So right now many places are going through a heatwave, even where I am in Sonoma County has had some very unseasonably hot days. But apparently New York City is having a particularly bad time, with temperatures close to 100° F. On Monday, New York mayor Bill de Blasio held a press conference to assuage New Yorker’s fears and offer suggestions on how to stay safe during the heatwave. Also on hand at the event with the Mayor was the commissioner of the Department of Health, Mary Bassett, who “told New Yorkers not to crack open a frosty lager or pour themselves a crisp ale in a chilled glass” during the heatwave, warning them about “the perils of alcohol and caffeine, both dehydrating diuretics, for those who must labor in the sun.” She’s quoted in the Observer.

“Water is the best beverage for staying hydrated. Beer is not,” she said.

Unfortunately, at least as long as ago as 2007, studies have shown that not to be the case. As I reported in late 2007, in Forget Gatorade, Drink Beer, a Spanish study has concluded that the best thing you can drink after playing vigorous sports is not Gatorade, but beer. Specifically, the study found that for the dehydrated person, beer helps retain liquid better than water. 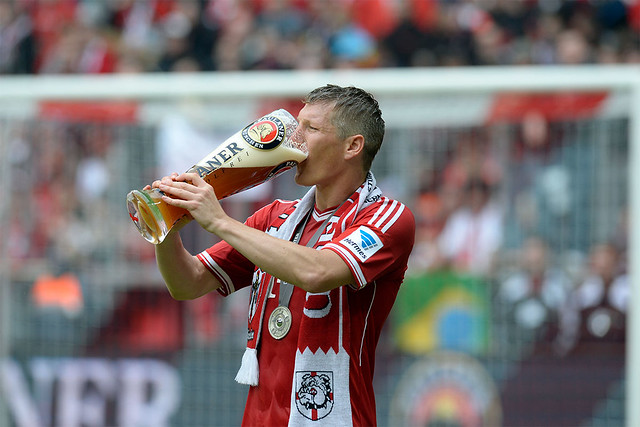 What would you rather down after sweating yourself silly either in a soccer match, mowing your lawn or simply enduring a blazing sun heatwave, Gatorade, water or this?

The main reason is that water doesn’t replenish electrolytes or other chemicals that the body loses when sweating. Water’s great, don’t get me wrong, it is up to 95% of what makes beer. For example, the UK’s NHS cautions against using just plain water, saying dehydrated persons “shouldn’t be given water as the main replacement fluid because it can further dilute the minerals in their body and make the problem worse.”

When you’re dehydrated, you lose sugar and salts, as well as water. Drinking a rehydration solution will enable you to re-establish the right balance of body fluids. The solution should contain a mixture of potassium and sodium salts, as well as glucose or starch.

Even Gatorade would probably be a little better than just water for severe dehydration that’s associated with a heatwave, although the Spanish study found that beer is even better.

For the study, Garzon asked a group of students to perform strenuous exercise in temperatures of around 104ºF. Half the subjects were given a pint of beer after the workout, the other half the same quantity of plain water. Garzon said the hydration effect in those who drank the beer was “slightly better.”

Juan Antonio Corbalán, a cardiologist who formerly worked with Real Madrid soccer players and Spain’s national basketball team, insists that beer has the “perfect profile” for a rehydrating beverage after sports. Corbalán adds that he has long advocated the drinking of barley-based beverages by professional athletes.

Of course, beer being a diuretic means you’ll lose some liquid through urination, and there aren’t any appreciable electrolytes in beer. But then there aren’t any in water, either, so advising just water seems like poor advice at best. Even critics to the Spanish study, like James Betts, an expert on nutrition and metabolism at Bath University in England, admits that “a moderate amount of beer might be as effective as water at helping the body with liquid retention.” So again, NYC’s position that people should lay off a cold beer and stick to only water seems pretty out to lunch.

Apparently, a C. Johnson, who’s a Theoretical Physicist has come up with Gator Beer, a beer that would apparently include electrolytes and other chemicals lost during perspiration such as sodium (already in beer), potassium, magnesium, and calcium. Sadly, no one is currently making Gator Beer. 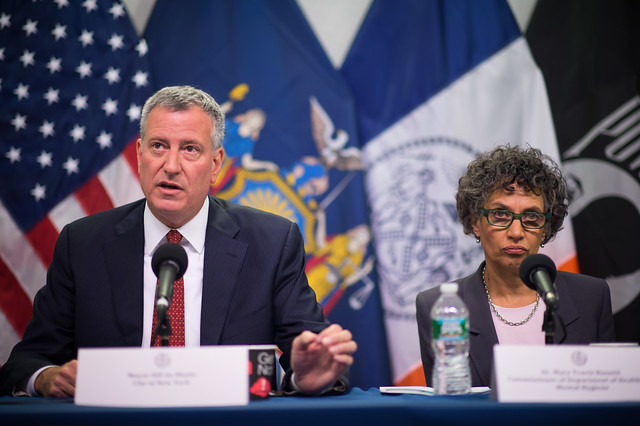 I’m sure Mary Bassett is a lovely person, but you wouldn’t know it from this photo of her supplied by the mayor’s office, where she looks exactly like the sort of person who would say “no” to a beer.