I believe we tend to think of marketing efforts to create a beer specifically aimed at women as a more recent development, but apparently that’s not the case. I recently discovered that in 1953 the Storz Brewing Co. of Omaha, Nebraska was trying to sell beer to women using the same tired tricks that are often still being used today.

Apparently, in 1953, Storz created the “Storzette,” a smaller package designed for the ladies to be “calorie controlled” and less bitter, and which also had a pink and lavender package with orchids on them, and whose slogan was — believe it or not — “The Orchid of Beer.” Rusty Cans has the full story, from 2004, of the brewery and this dalliance into women’s marketing.

In 1953 Storz tried to market a new product for women, “Storzette.” Designed to be a beer for the ladies it was supposedly not too bitter and was calorie controlled. It also came in a smaller can, 8 ounces, which Storz called “Queen sized” and it came in four can packs called “Princess Packs.” The brewery noted that market studies showed that many women felt that the standard 12 oz can provided too large a serving. The beer inside was also different, made to be less bitter than standard beers. The can even had a pink orchid pictured on it to help it appeal to women. It’s initial test market results in San Diego seemed positive, but in the end the effort was not successful and Storzette did not last long on the market. As a result, the little can with the orchid is very scarce. Storz also used a slogan on its regular cans for awhile in the 1950s, “the Orchid of Beer” which has to be one of the more unusual beer advertising slogans.

Absent any additional information, I can only assume “Calorie Controlled” is done through offering a smaller size can. Smaller portions equals less calories. Of course, you could just drink less, couldn’t you? The control aspect of their claim seems entirely up to the drinker rather than anything designed by the packaging or the beer itself. 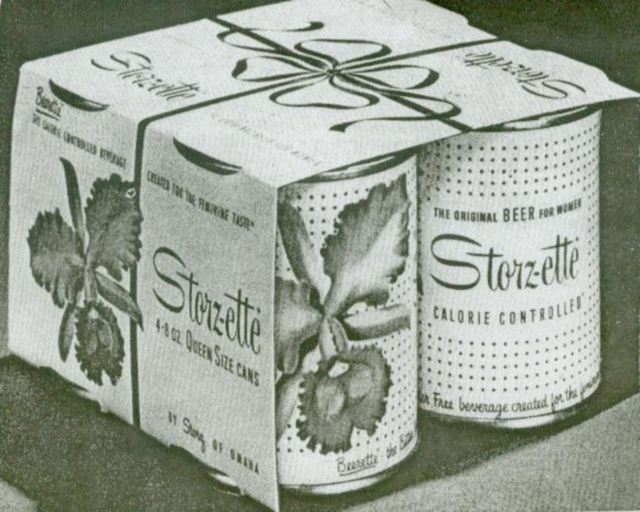 According to orchid websites, the particular type of orchid on the label is a cattleya. Not only do they use a flower, but the color palate is soft pastels, pinks and purple. 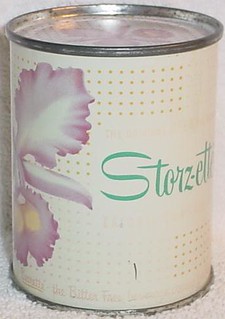 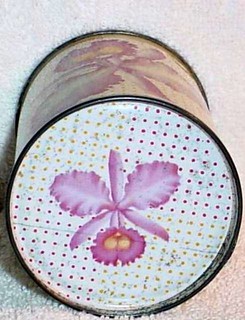 I presume this is a vintage grocery display using a cart filled with six-packs and surrounded by banners. Notice on the side there’s a gal wearing glasses saying the beer is “Strictly for the Girls.” 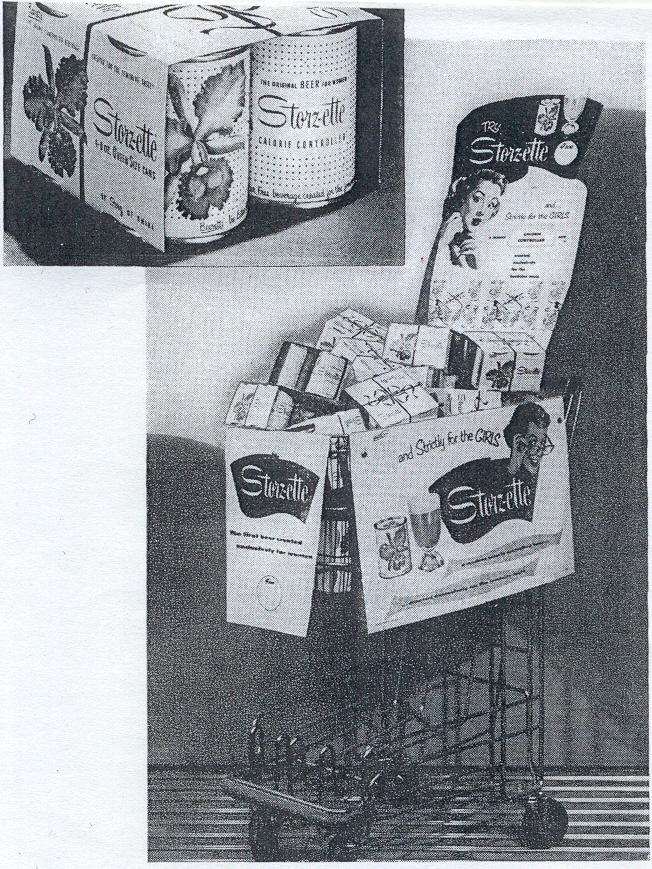 And finally, here’s an ad for the beer using an orchid in the advertisement. 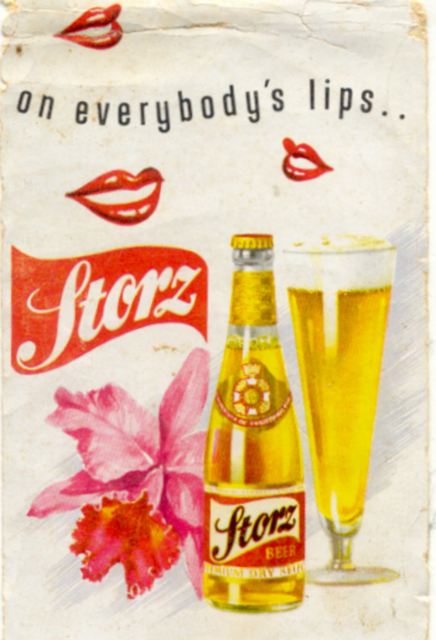 Interestingly, a group of local folks from Omaha revived the Storz brand and opened a newer version of the brewery in 2013.