You are here: Home / Beers / Patent No. 2967107A: Continuous Fermentation Process

Figure 1 is a schematic illustrating a type of fermentation vessel which may be used in carrying out the process of the invention indicating typical fittings and controls. 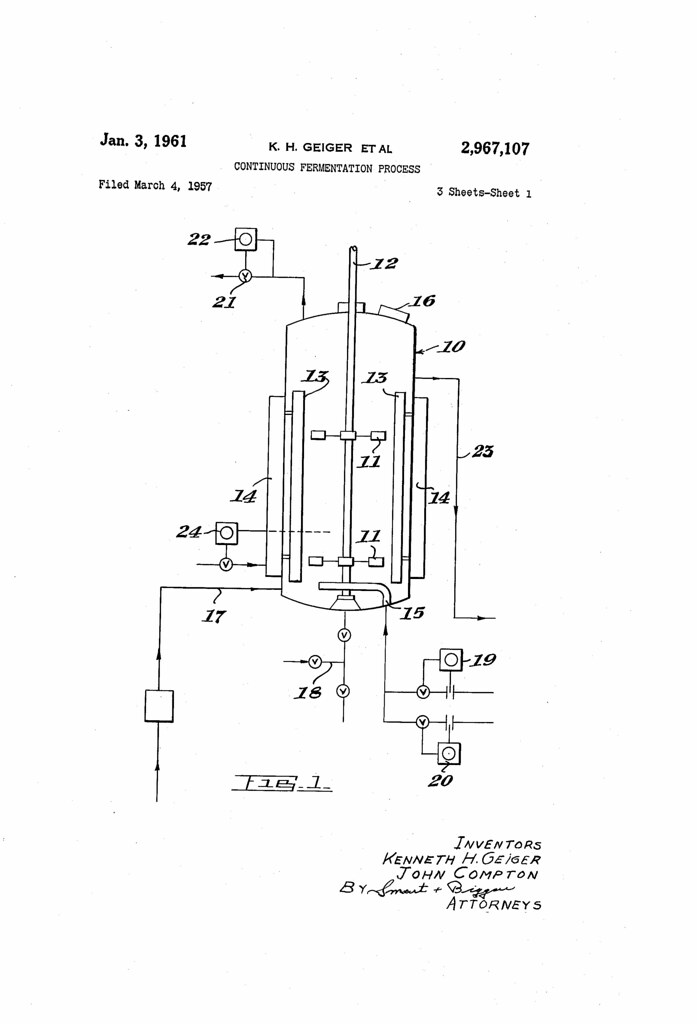 The present invention provides a continuous fermentation process in which the control of flavour is readily achieved, and in which a number of additional advantages are to be found in addition to those important ones which might normally be expected to fiow from the conversion of what has previously been a batch operation into a continuous one.

Figure 2 is a schematic fiowsheet illustrating apparatus used for carrying out the process of the invention with one yeast propagation vessel and two alcohol producing vessels in the product formation stage. 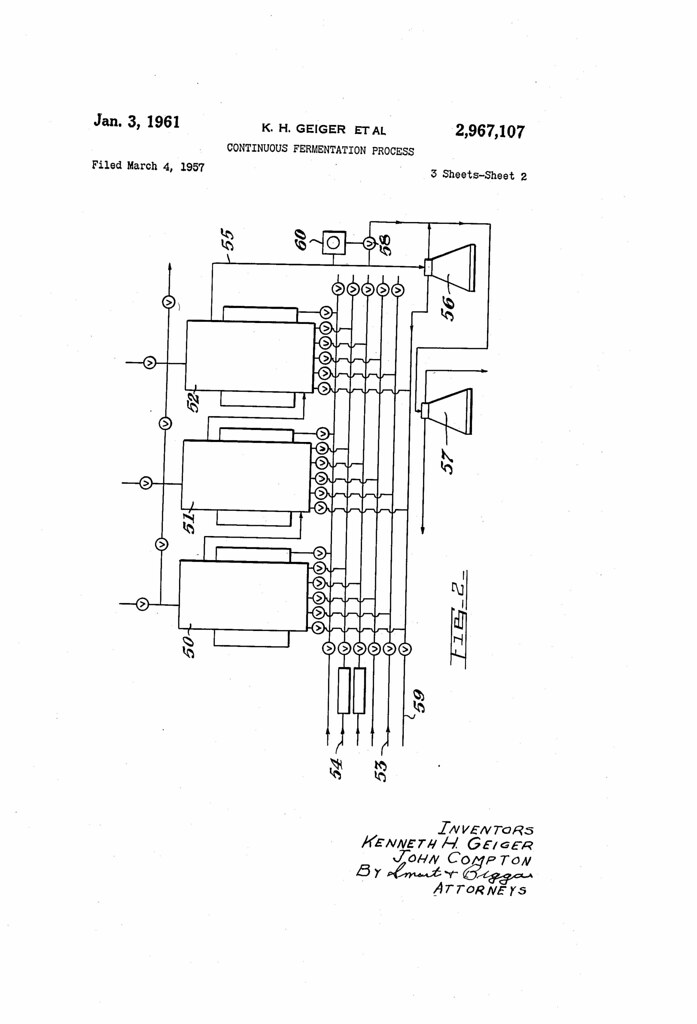 According to the present invention, potable beer is produced by the yeast fermentation of a fermentable carbohydrate which is carried out in stages. A first stage is provided in which aerobic conditions favourable to yeast growth are maintained, and a second stage is provided in which anaerobic conditions favourable to carbohydrate attenuation are maintained. Preferably according to the invention, the yeast concentration in the second stage of the process is maintained substantially constant at a concentration which is in excess of the maximum level normally obtainable or commonly used under batch fermentation conditions. This level of yeast concentration is maintained by separating at least a portion of the yeast from the efliuent of the second stage and recycling it through the second stage.

Operating in this manner, the first stage of the process serves primarily as a continuous yeast propagator under predetermined aerobic conditions while the second stage which may be, and preferably is, carried out in a series of separate series connected vessels serves primarily for ICC attenuation of the fermentable carbohydrates to alcohol under predetermined anaerobic conditions. For convenience hereinafter, we refer to the first stage of the process as the yeast propagation stage and the second stage as the product formation stage.

The inherent advantages of the continuous fermentation process described above are manifold, and of substantial practical importance. For instance, the growth rate of yeast and feed rate of fermentable substrate are equillbrated and controlled under steady state conditions in the first stage, so that the extent or rate of metabolism unconnected with yeast cell growth and/or reproduction is not critical. The maintenance of any predetermined high yeast concentration in the second stage is independent of flow rate, while, provided a relatively high concentration of yeast is present in the second stage, the rate of product formation will be for all practical purposes independent of yeast growth and, provided the substrate is satisfactory, almost entirely dependent on total quantity of yeast present and temperature.

Because the process of the invention makes for more efiicient substrate utilization, less is used for yeast production than in normal batch fermentations.

Furthermore, a very rapid fermentation is possible, with a holdup time appreciably less than in other conventional fermentation systems, batch or continuous, without concommitant adverse eifects on the quality of the product.

Figure 3 is a general schematic fiowsheet illustrating the process of the invention as it would be carried out using four separate vessels in the product formation stage. 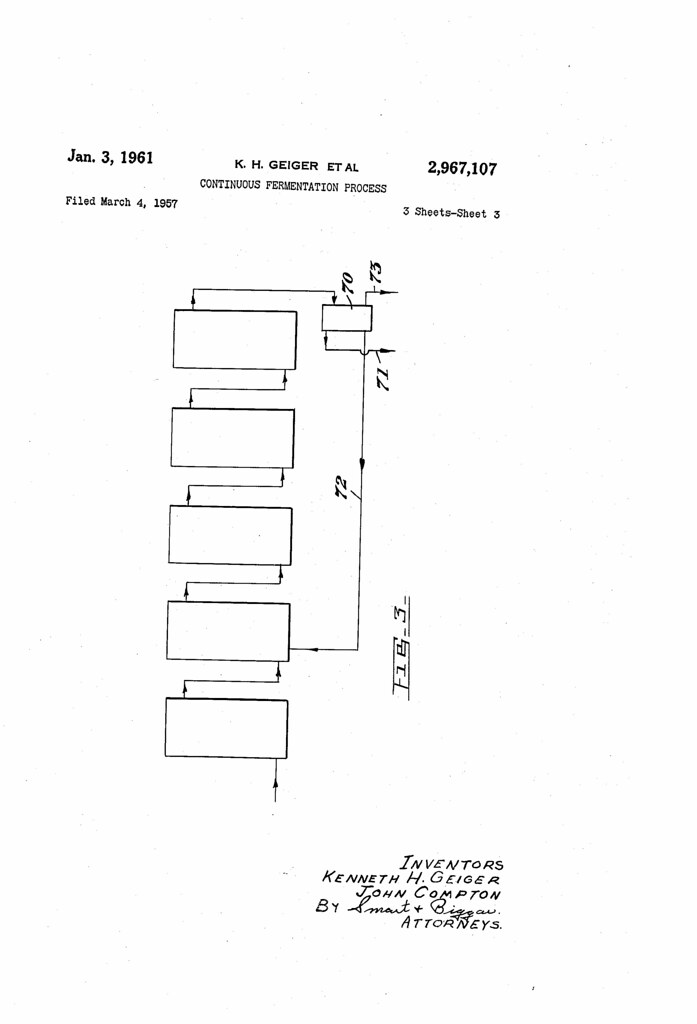