Today in 1914, US Patent 1099910 A was issued, an invention of William J. Bocker and Hermenia A. Bocker, for their “Beer-Cooler.” There’s no Abstract, although in the description it includes this summary:

Our invention relates to improvements in beer coolers, and more particularly to that type of cooler used in connection with dispensing apparatus.

It is the object of our invention to overcome the above mentioned objections, and to do so in a simple, efficacious and inexpensive manner. To this end the invention consists in the provision of a cooling chamber for the re! caption of a keg or kegs of beer which extends up into the dispensing bar and which is equipped with an ice receptacle which is adapted to contain ice and maintain the temperature evenly at every point within said cooling chamber and in directing the dispensing pipe or pipes from the beer keg or kegs directly to the dispensing faucet or faucets Without leading them out of said cooling chamber.

Our invention further consists in so arranging the dispensing pipe or pipes that they are easily accessible and readily cleaned internally by passing a brush or any other suitable tool through the same, said pipe or pipes being in a straight line to permit of such action. 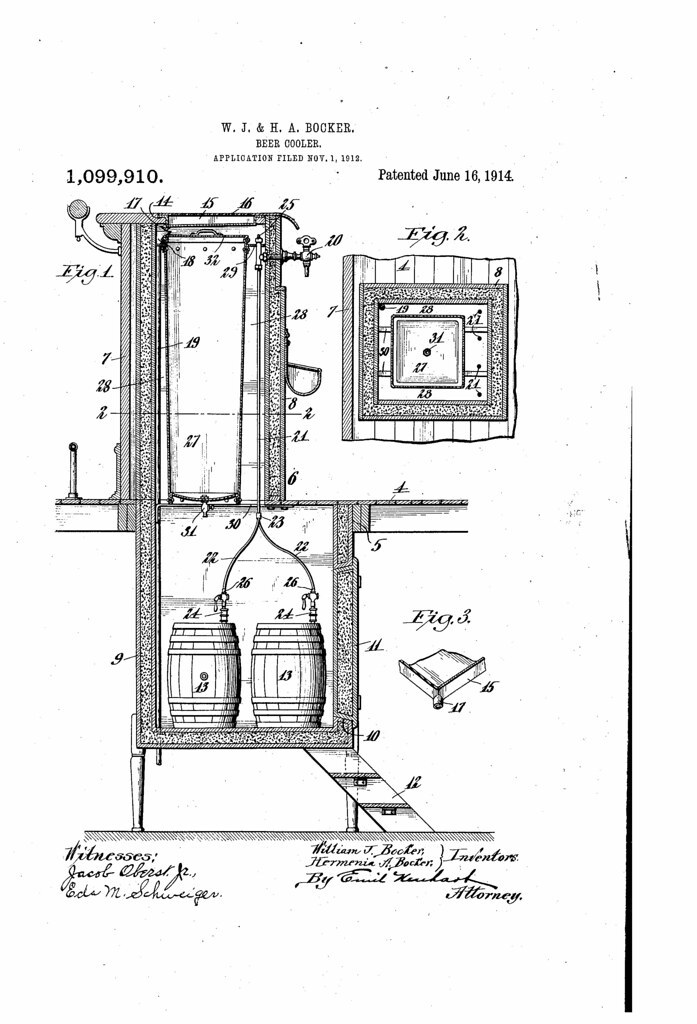