Today in 1934, US Patent 1974836 A was issued, an invention of John M. Schilling, for his “Crown Cap Puller.” There’s no Abstract, although in the description it includes this summary:

My invention relates to an improved construction of cap puller for bottles having crown caps of the kind commonly used in connection with bottled beverages. My device is preferably constructed of a single piece of sheet metal formed to give it substantial support on an object to which it is attached, and at the same time to effectively engage one edge and the outer end of a bottle cap when the cap is being removed from the bottle by means of the device. Furthermore, my device is constructed so that it may be secured to a desired support by a single fastener, for example, a screw, and the device has extending from its body portion, a projection for engaging the outer end of the bottle cap at a point remote from the edge of the cap being removed from the bottle by the device, the distance between the cap removing portion of the device and said projection, being preferably substantially greater than half the diameter of the cap, to the end that the pressure’exerted upon the .bottle in removing its cap, may be reduced to a minimum. The projection on the device for engaging the outer end surface of the cap, may consist of an integral projection formed from the material of the device, or it may consist of a rounded head of the fastening device, as preferred, and where the latter construction is used, the device is of extreme simplicity and correspondingly cheap to manufacture. 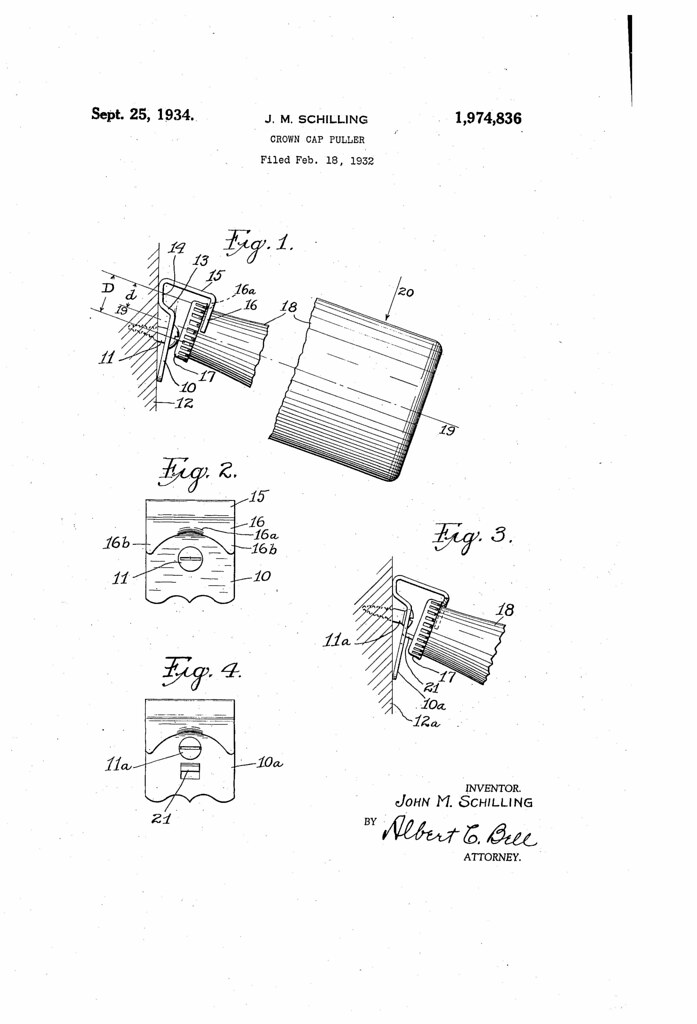