Today in 1935, US Patent 2003050 A was issued, an invention of Harry Iselin, for his “Beer Container and Cooler.” There’s no Abstract, though it’s described this way in the application as being an “invention [that] appertains to liquid coolers and more particularly to a cooling device for kegs of beer and the like,” adding:

One of the primary objects of my invention is the provision of a novel device for cooling the beer directly in the keg or barrel entirely dispensing with the necessity of cooling coils and the like, the device being of a portable nature, whereby the same is particularly adapted for use on picnics, for use in the home, etc. 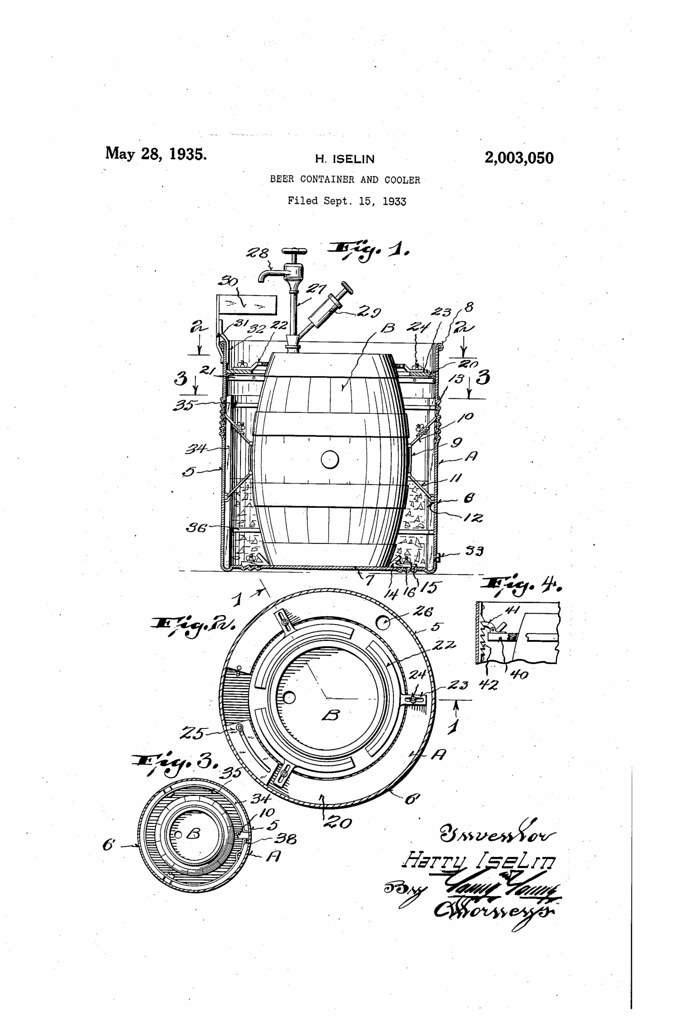