You are here: Home / Beers / Patent No. 2016926A: Apparatus For Emptying And Cleaning Beer Pipes

Today in 1935, US Patent 2016926 A was issued, an invention of Rees Damon, assigned to Rahr Malting Co., for his “Apparatus For Emptying and Cleaning Beer and Other Pipes.” There’s no Abstract, although in the description it includes this summary:

My invention relates to methods of and apparatus for cleaning pipes, and other liquid containers and connections.

It is particularly applicable to the pipes, tanks, containers, and connections between the beer kegs and drawing faucets of beer dispensing apparatus, which are usually cleaned at the present time by discharging through the pipes and connections a cleaning fluid, such as water containing a cleaning material, and sometimes also air under pressure.

My invention comprises first a simple, convenient and effective method of and apparatus for forcing and restraining the beer in the pipes and. connections back into the supply kegs and thus saving all the beer, before cleaning the pipes and also before closing the bar for the night or holidays.

My invention also comprises a simple, convenient and effective method of and apparatus for cleaning the pipes and connections.

My invention also comprises various novel features of construction and combinations of parts hereinafter fully described and particularly pointed out in the claims. 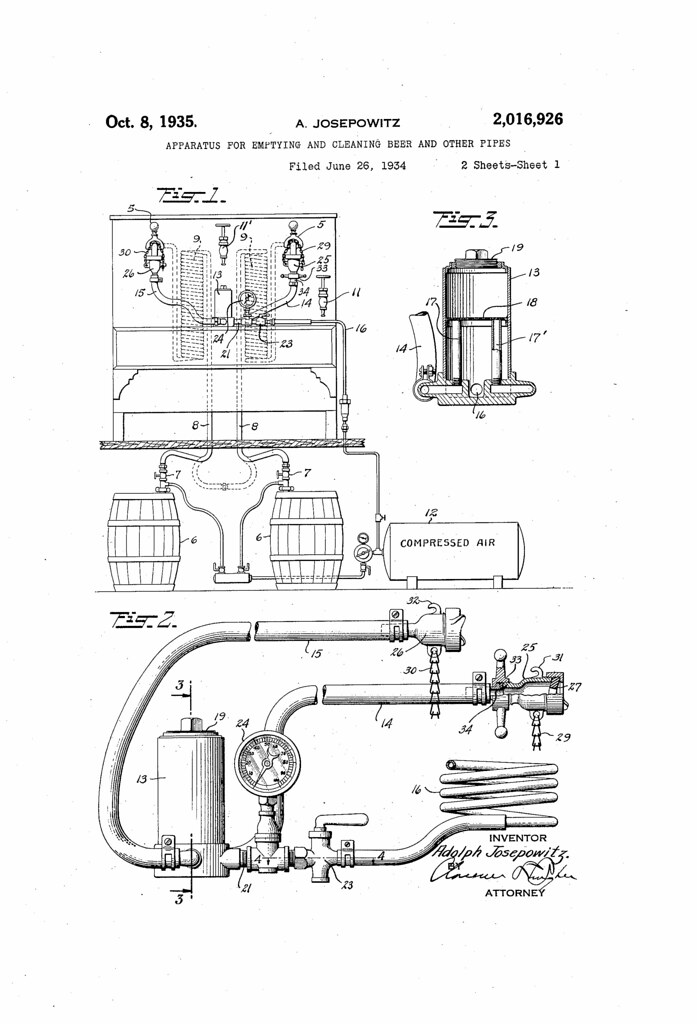 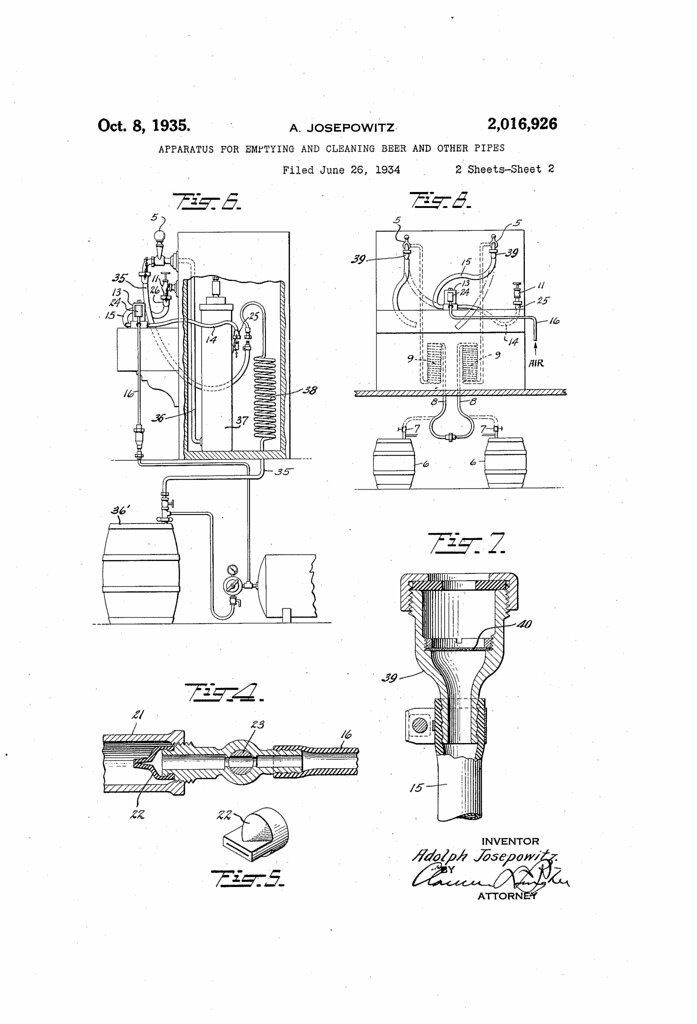