Today in 1933, US Patent 2043183 A was issued, an invention of Karl Wilhelm Mauser, for his “Double-Walled Vessel.” There’s no Abstract, though it’s described this way in the application:

This invention relates to a double-walled metal vessel for transport and storage of beverages, more particularly beer, in which the inner vessel for holding the beverage is removable. The removable inner vessel has the advantage over the fixed vessel that a separate cleansing or sterilization and a storage of the beverage can be effected without the outer vessel, so that the latter is used only for transporting the storage `vessels when ready for despatch. A further advantage is that the inner vessel can be kept under observation, which is of importance, for example, in case of the occurrence of corrosion. 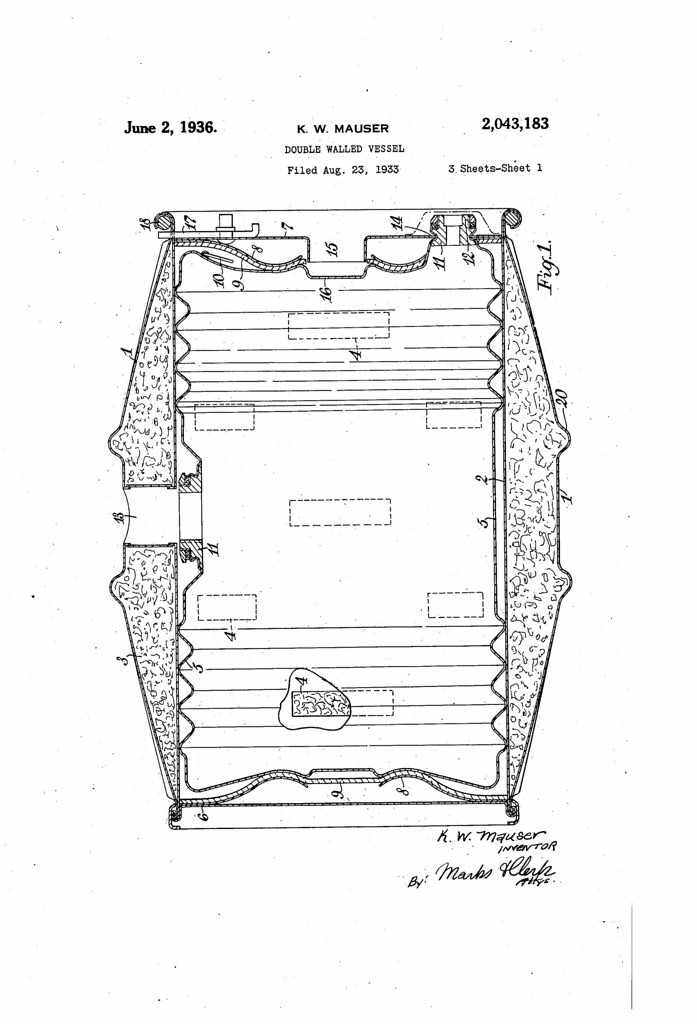 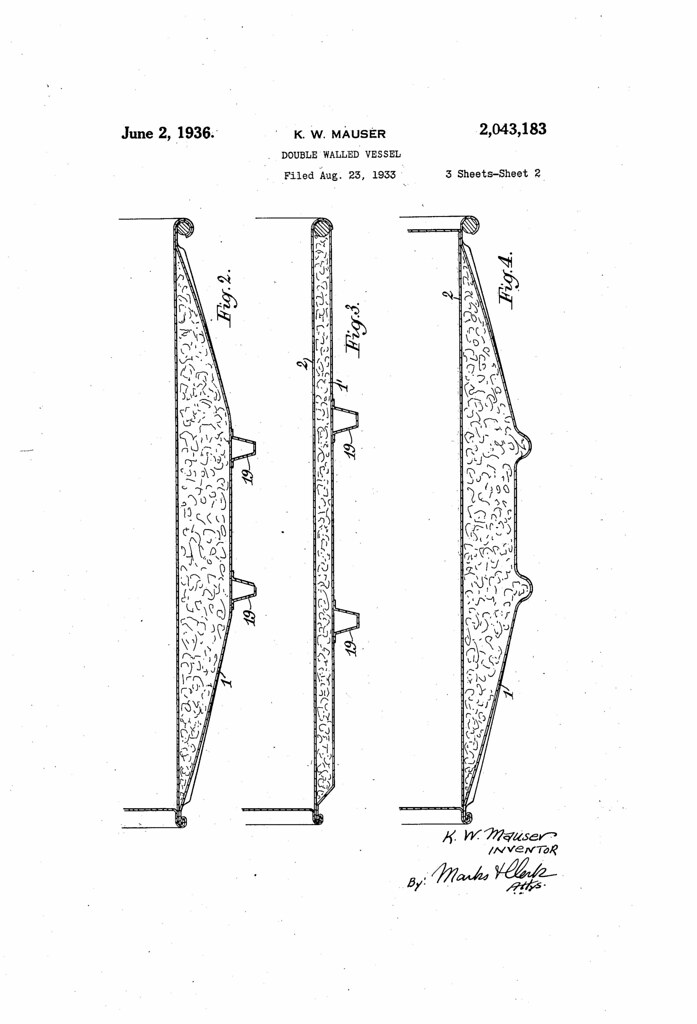 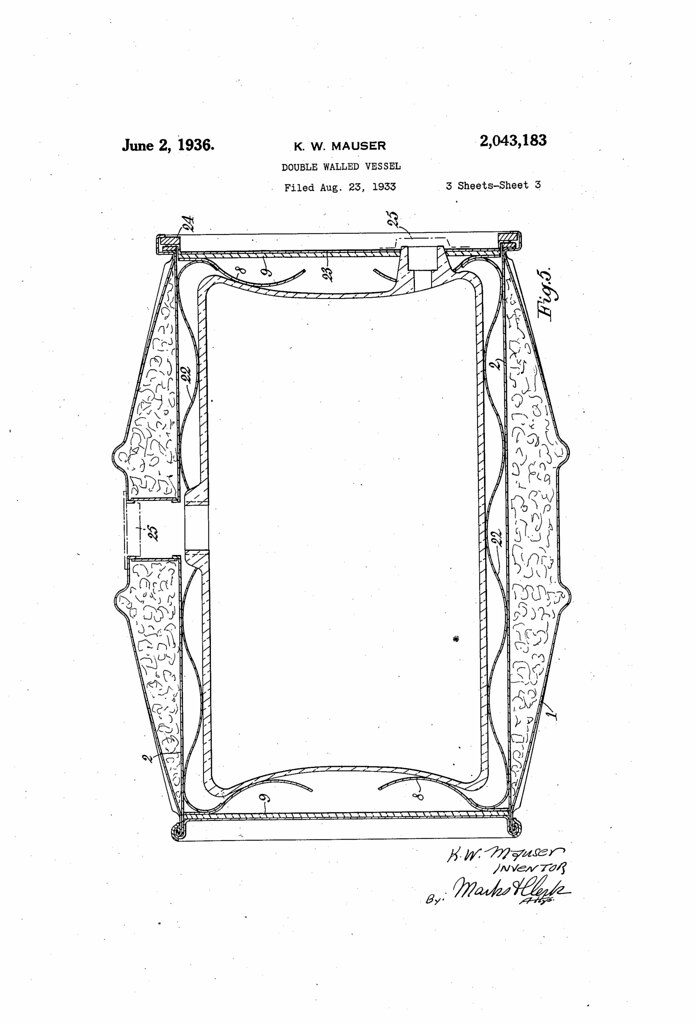