Today in 1936, US Patent 2057231 A was issued, an invention of Lester J. Dawson, for his “Faucet.” There’s no Abstract, although in the description it includes this summary:

This invention relates to new and useful improvements in faucets, and more particularly to faucets especially designed for dispensing gaseous liquids such as beer. An object of the present invention is to provide a beer faucet of simple and inexpensive construction comprising a valve mounted for reciprocal movement which, when opened, is i entirely out of the beer stream so that the beer may flow unobstructedly through the valve substantially without agitation. A further object is to provide a beer-faucet provided with a suitable dispensing nozzle and having a passage therein adapted to be connected to aL beer supply under pressure and a valve being interposed between the beer nozzle and said passage for controlling flow through the nozzle, said valve being so constructed and arranged that the pressure of the carbon dioxide and other gas content of the beer will tend to hold the valve on its seat when closed. 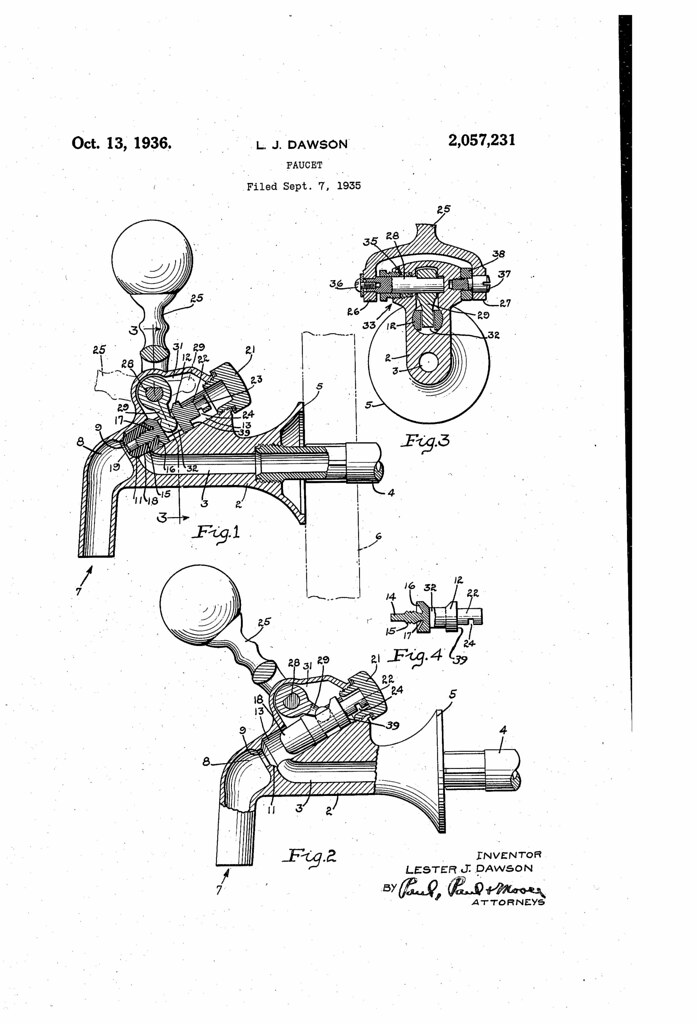