Today in 1937, US Patent 2087349 A was issued, an invention of Hubert H. Lucker, for his “Beer Keg.” There’s no Abstract, although in the description it includes this summary:

This invention relates to new and useful improvements in beer kegs.

The primary object of the invention is to provide a metal beer keg which is formed from a 5 comparatively few number of parts and yet which is extremely strong and durable.

A further object of the invention is to provide the main body portion of a metallic beer keg by forming the same from a pair of oppositely arranged dished members, which may be pressed or stamped from suitable gauge material and wherein the edges of the two dished members are suitably joined for a seam.

Still a further object of the invention is to provide a beer keg which is formed with a cavity or depression at one end adapted to be closed by a cover so as to form a compartment for receiving a refrigerating medium. 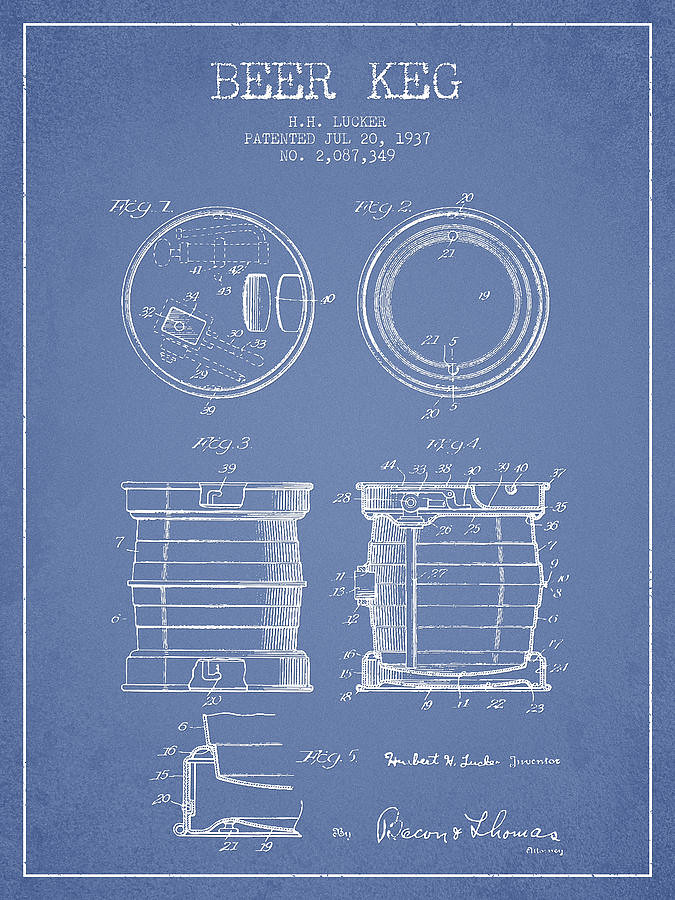