Today in 1938, US Patent 2138529 A was issued, an invention of Edouard Thys, for his “Hop Separator.” There’s no Abstract, although in the description it includes this summary:

This invention relates to separators and especially to a machine for separating leaves and like foreign material from hops, the present application being a continuation in part of my co-pending application entitled Hop picking machine, filed November 13, 1935, Serial Number 49,531.

The picking of hops by means of machinery is now a comparatively old art as machine picking has been in continuous use on a comparatively a large scale in California and other States at least since 1910. The type of machine generally employed consists of a series of revolving drums from the surface of which project V-shaped flexible wire fingers. The vines to be picked are l passed over and under the drums by a conveyor and as the vines pass over and under the drums they are combed by the V-shaped fingers and the hops are removed during the combing operation. A great many leaves and stems are also m removed and some of the hops are broken, thereby forming petals, hence after the picking operation has been completed it becomes necessary’ to separate the hops from the leaves, petals and stems as the cleaner the hops the higher the market value of the same.

The present invention relates. to a machine for separating the hops from the leaves, petals, stems, etc., the object being to improve and simplify the separation of hops of this character; to provide a pervious inclined belt upon which the hops, leaves, etc., are delivered; to provide means in the form of fans, or the like, placed under the belt so as to maintain a sufficient suction to cause the. lighter material, such as leaves, petals, etc., to adhere to the surface of the belt while the inclination of the belt will permit the hops to roll down and off the belt; to arrange the belt in such a manner that the air blast produced by the discharge side of the fans may be utilized to release the leaves, petals, etc., from the belt; and, further, to provide means for adjusting the inclination of the belt to insure rolling and gravity separation of the hops from the leaves and other organic matter. 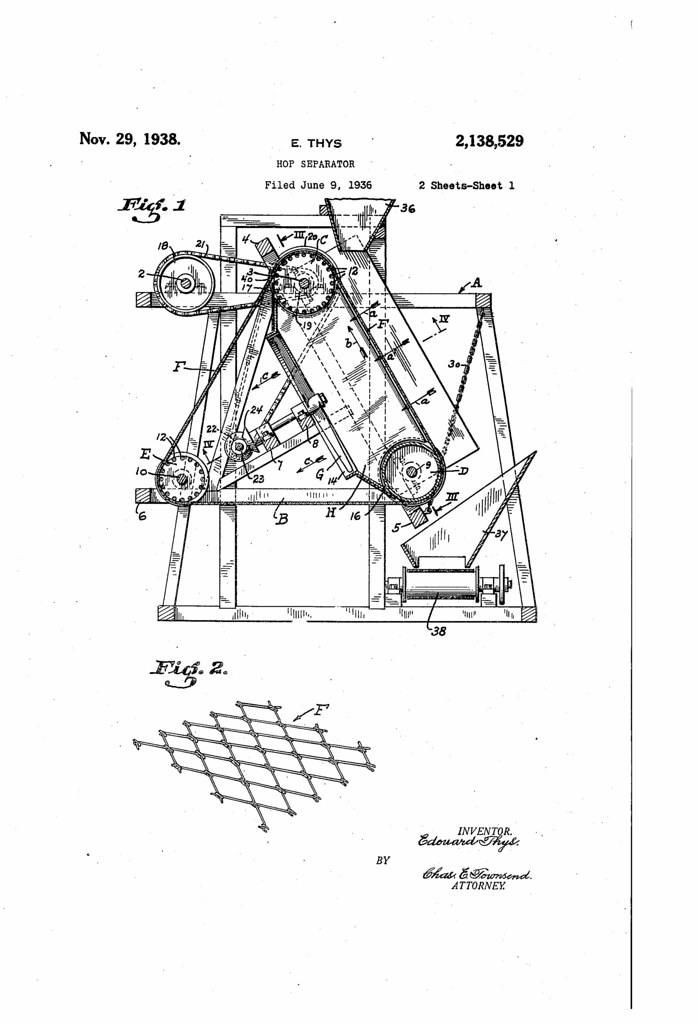 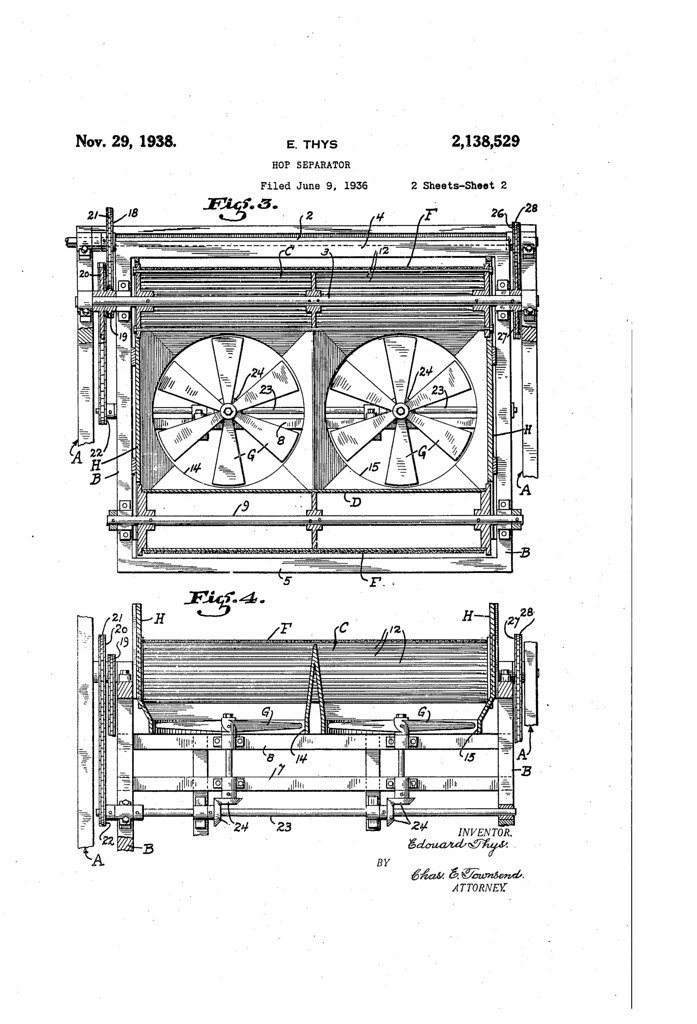