You are here: Home / Beers / Patent No. 2291367A: Device For Warming And Reconditioning Beer

Today in 1942, US Patent 2291367 A was issued, an invention of Albert A. Bezosky, for his “Device For Warming and Reconditioning Beer.” There’s no Abstract, although in the description it includes these claims:

This invention relates to a device designed for reconditioning stale beer, or beer which has become flat or too cold for immediate consumption.

An important object of the invention is to provide a device of this character which may be used primarily by bartenders, and one which is of the electrical portable type which may be readily and easily immersed in a glass of beer, by the bartender, thereby replacing the head on the beer, or tempering it to render the beer exceptionally palatable. 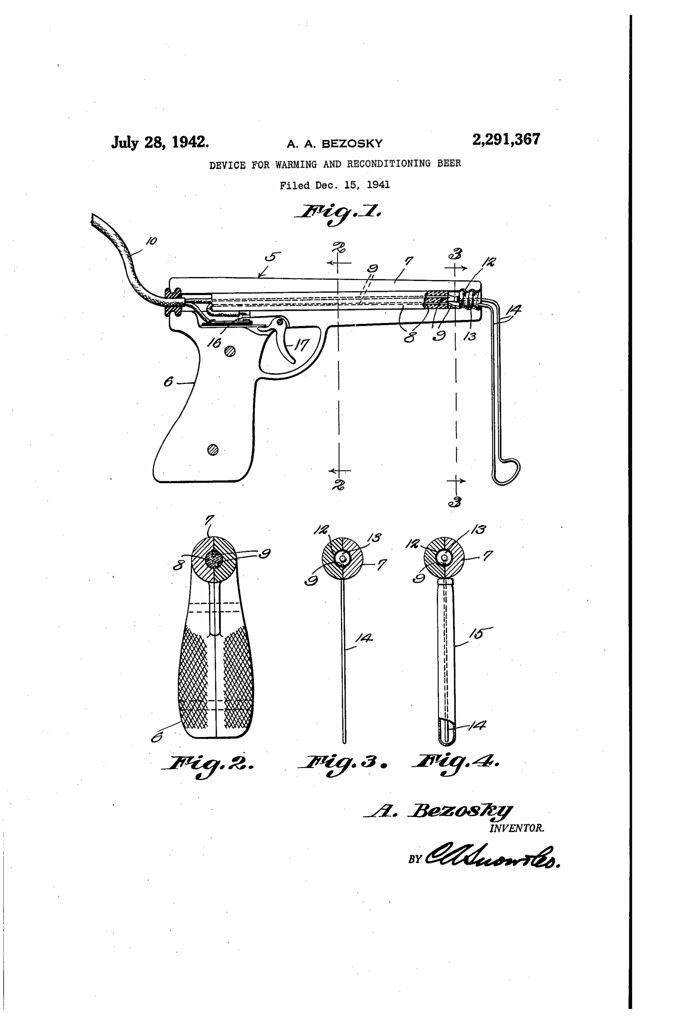