Today in 1949, US Patent 2477222 A was issued, an invention of Frederick J. Warcup, for his “Beer Dispenser with Coil Cleaning Means.” There’s no Abstract, although in the description it includes this summary:

This invention relates to beer distributing systems such as are used in taverns and saloons for conducting beer from kegs, in which the beer is delivered from the brewery, to taps located behind the bar. The length of piping between a keg and the tap includes a cooling coil through which the beer flows.

One object of the invention is to provide an improved beer distributing system in which water can be conveniently introduced into the beer lines and accurately controlled so as to avoid the loss of beer that results from having beer stand in the pipes, from draining of the lines for cleaning, and the loss that occurs when an empty keg is replaced with a full one.

It is another object of this invention to provide means by which tavern operators can clean their own lines without having to connect or disconnect any unions or fittings, and in the preferred embodiment of the invention the system is constructed so that the beer lines can be cleaned without even leaving the bar. The tavern operator can fill his beer lines with water preparatory to cleaning them and all of the usual loss of beer incident to cleaning line is avoided.

Another important saving is effected by this invention when a keg becomes empty and it is necessary to tap a new keg. Whenever the contents of one keg become exhausted, the beer line fills with foam and the first beer from a new keg surges into the line and foams to such an extent that the first glasses drawn after a new keg has been tapped cannot be used because of excessive foam. With this invention the line is filled with water before tapping a new keg and there is no surge of beer into the line. 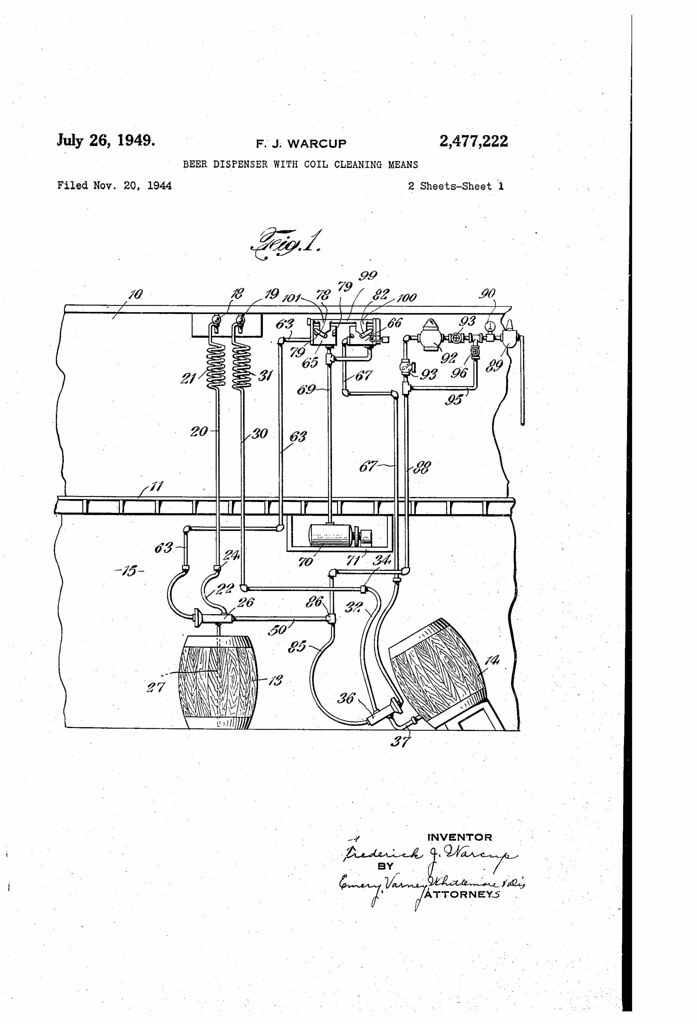 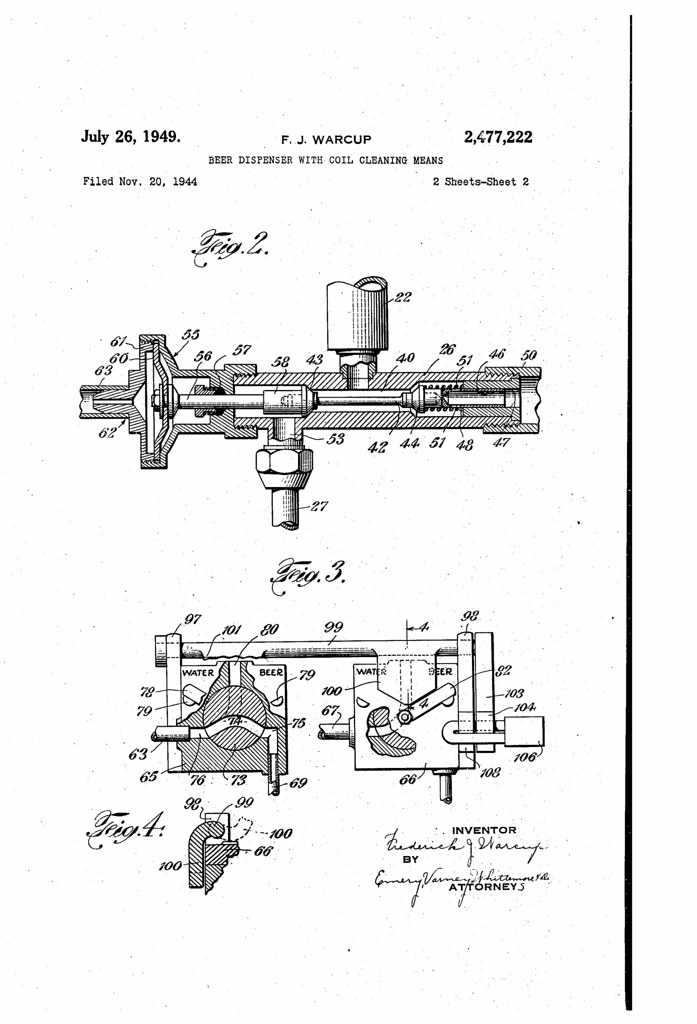