Today in 1952, US Patent 2599080 A was issued, an invention of Edouard Thys, for his “Hop Picking Mechanism.” There’s no Abstract, though the description in the application states that it’s an “invention relat[ing] to hop picking mechanism and, more particularly, to improvements in hop picking fingers and bars.”

A principal object of the present invention is to provide a finger bar assembly wherein the picking fingers are formed and supported in a fashion to prevent breakage thereof during use.

It is another principal object of the present invention to provide a picking finger assembly comprising a plurality of resilient fingers, supported by a finger bar in a fashion that a resilient finger may be removed easily from the bar, if it becomes necessary, with a minimum delay in the operation of the machine with which the fingers are utilized and in a fashion that requires a minimum of skill. 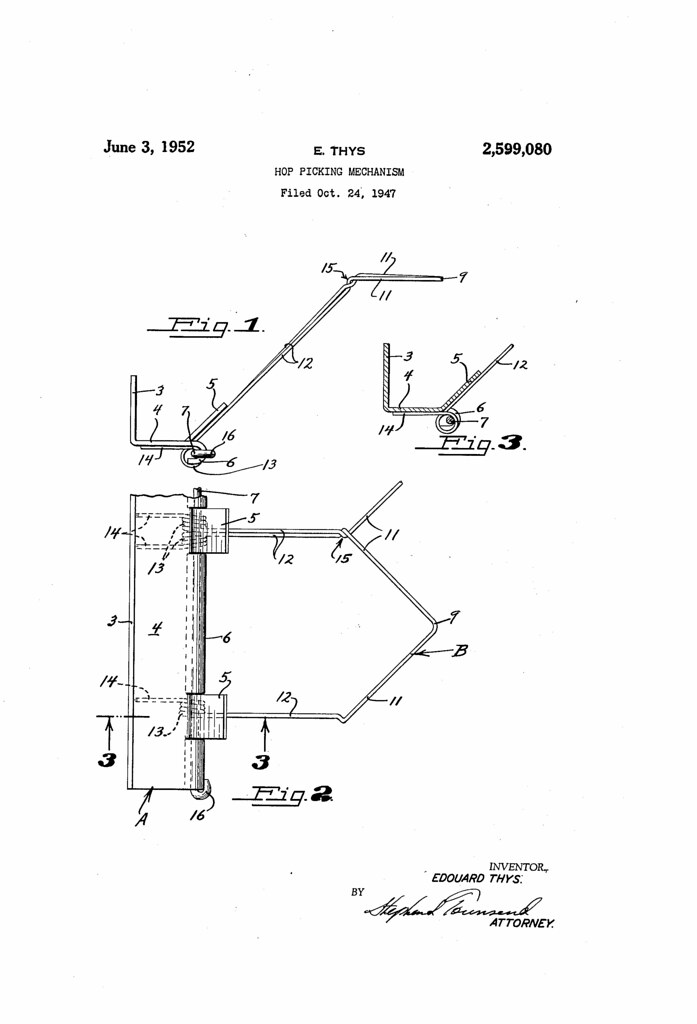