Today in 1953, US Patent 2657817 A was issued, an invention of Victor Alvear, for his “Plastic Bung for Beer Barrels or the Like.” There’s no Abstract, although in the description it includes this summary:

I have found that an elastic and entirely satisfactory and cheap stopper can be formed of synthetic elastomeric plastic having the properties of polyethylene and vinyl derivatives. This is not only cheap to manufacture but the stopper can be used over and over again. Such a stopper has been found to be tasteless, non-absorbent, insoluble, indestructible, can be used in conventional bung hole bushings and when properly formed is entirely effective. The stopper is inert to liquid as well as gases and is entirely sanitary. It is not affected by normal changes in atmospheric conditions and does not stick to the bushing. This type of plastic has the known characteristic of being form retaining under normal pressure but capable of deformation under excessive pressure and return to its original form upon release of such pressure. 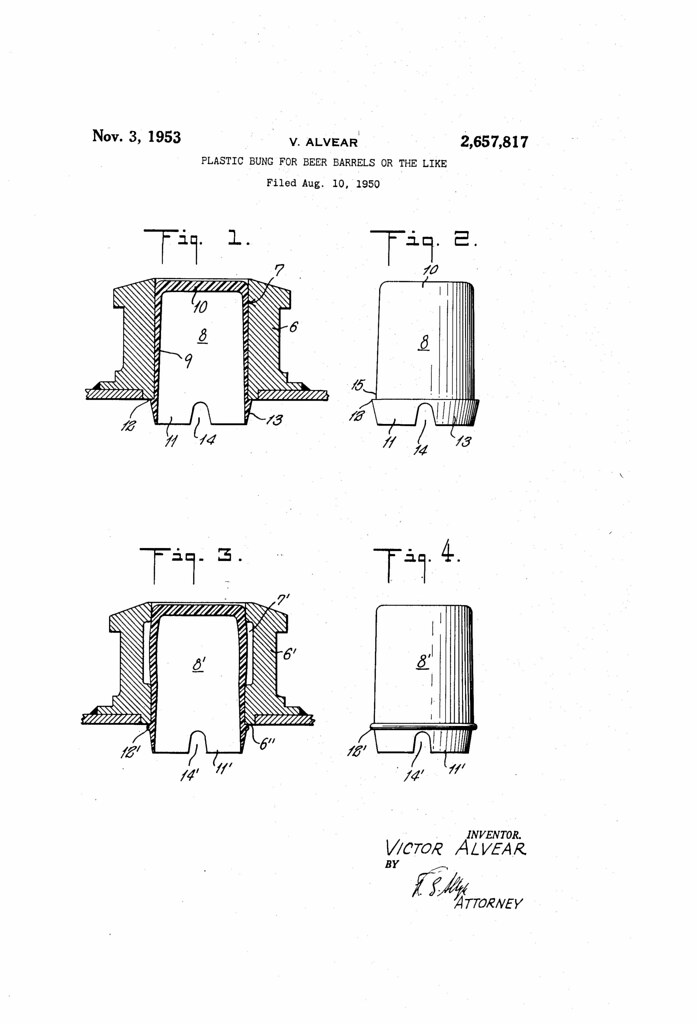