You are here: Home / Beers / Patent No. 2757785A: Vertical Hop Picker Having Endless Carrier Chain For Hop Vines, Moving In A Vertical Plane

Today in 1956, US Patent 2757785 A was issued, an invention of Florian F. Dauenhauer, for his “Vertical Hop Picker Having Endless Carrier Chain for Hop Vines, Moving in a Vertical Plane.” There’s no Abstract, although in the description it includes this summary:

An object of my invention is to provide a vertical hop picker having endless carrier chain for hop vines, moving in a vertical plane, which is an improvement over the vertical hop picking machine shown in my copending application, Serial No. 179,722, filed August 16, 1950, and now Patent No. 2,677,378. In the copending case, I show an endless hop-carrying chain conveyor that has a portion for conveying hop vines between pairs of vertically movable hop picking fingers. The return portion of the endless hop-carrying chain that extends along the hop picking fingers, lies in the same horizontal plane as the portion that carries the vines between the picking lingers, but the return portion is spaced laterally therefrom. Moreover, I also disclose in the copending case, the endless hop-carrying chain as having an inclined portion extending from a hop vine feeding ‘platform up to the hop picking finger part of the machine. Here again, the return chain part passing along the inclined portion is spaced laterally from the inclined hop vine carrying portion. This necessitated the use of cam rails at the feed and discharge ends of the machine for opening the jaws of vine grippers, carried by the chain, for permitting an operator to attach vines to the grippers at the feed end and for automatically releasing the vines at the discharge end of the machine. 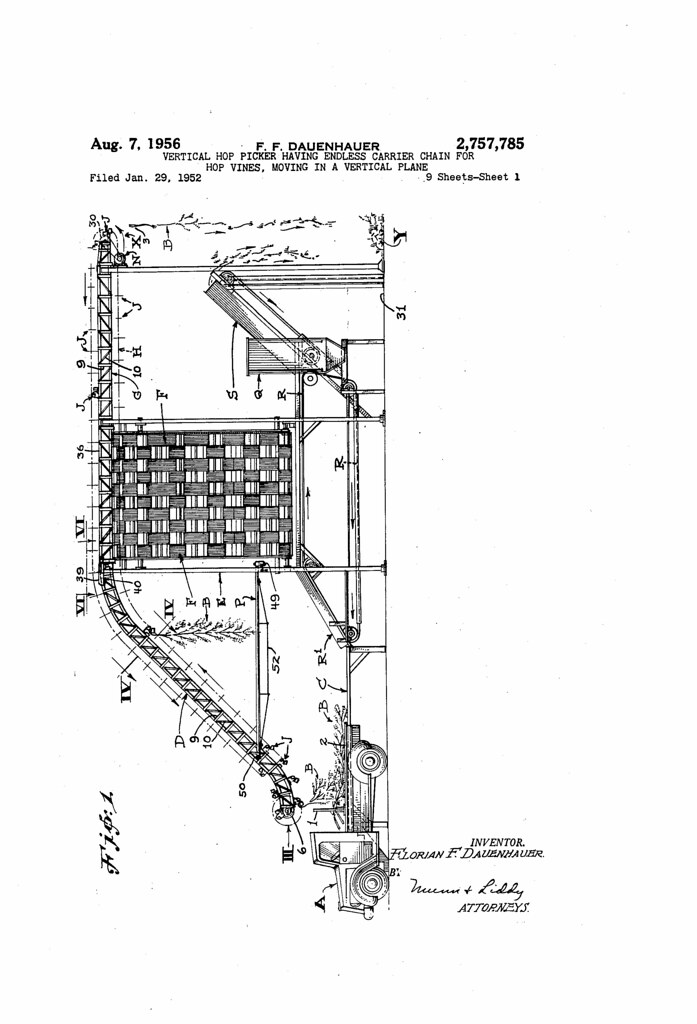 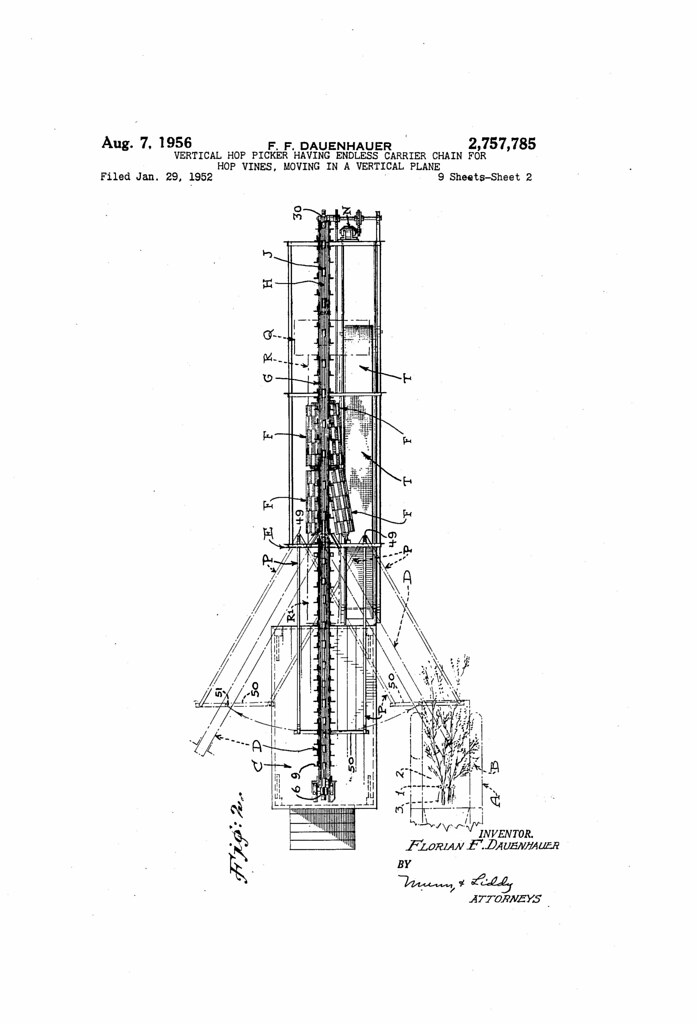 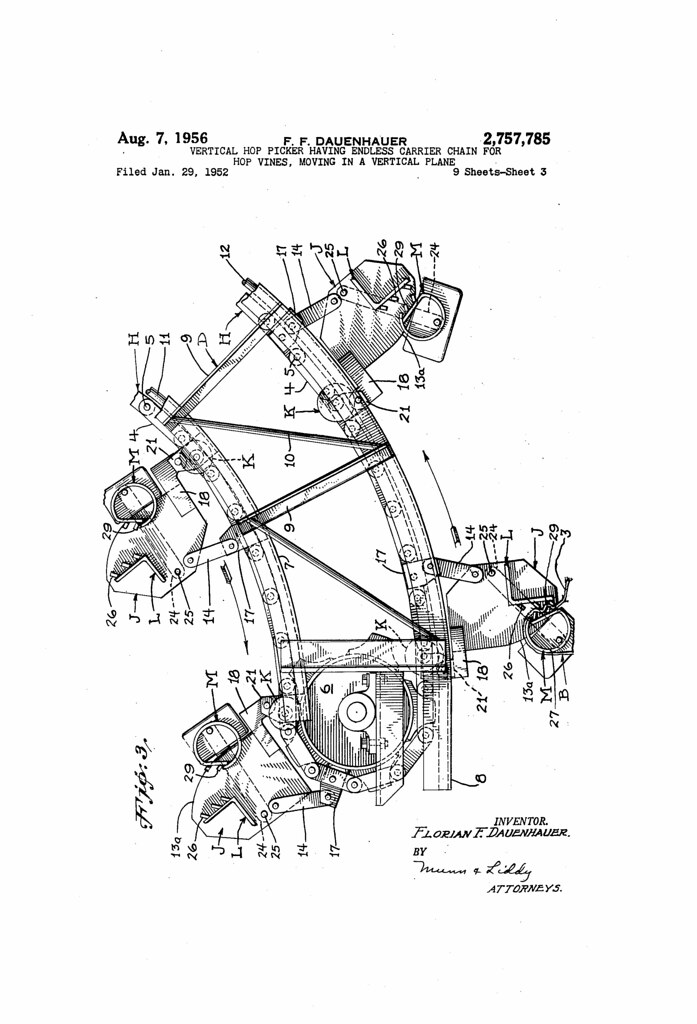 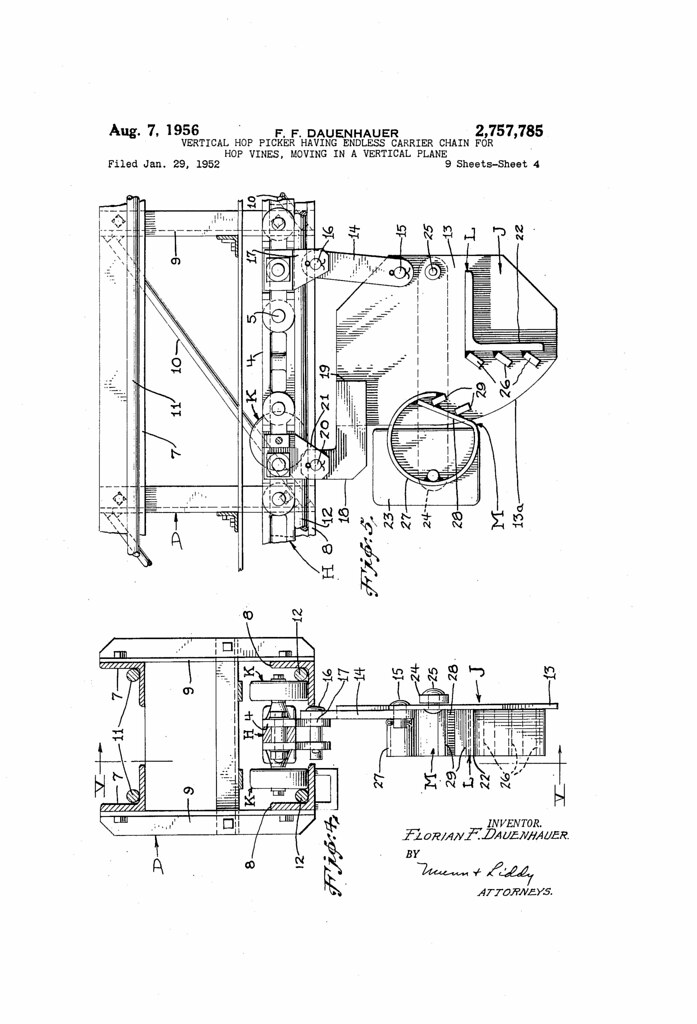 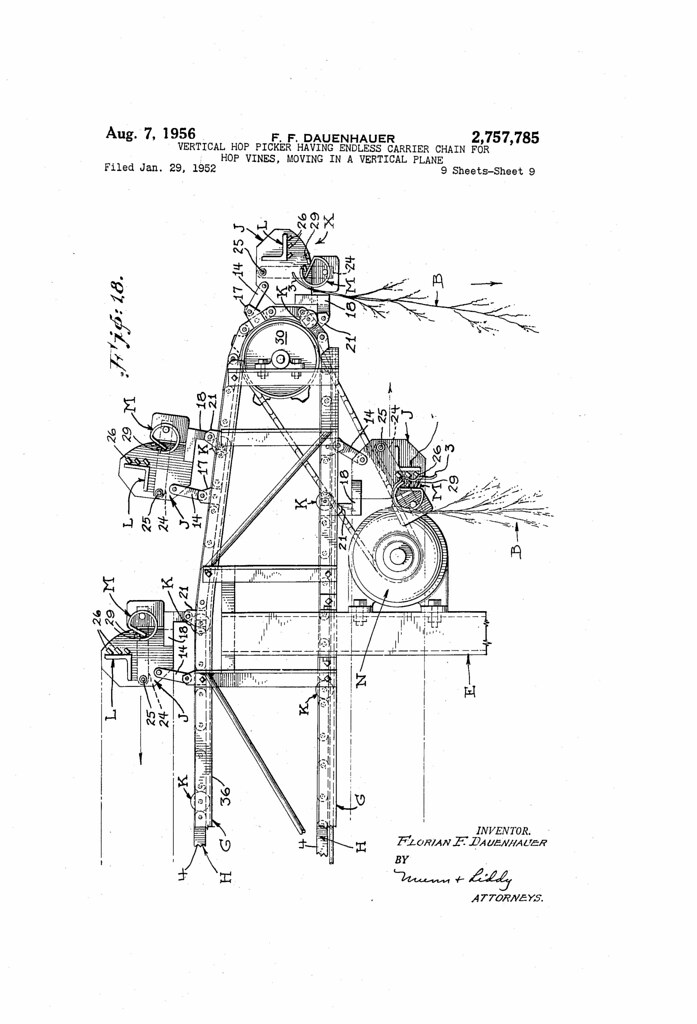