Today in 1959, US Patent 2893870 A was issued, an invention of Kurt Ritter, for his “Hopping of Beer.” There’s no Abstract, although in the description it includes this summary:

The invention relates to improvements in beer brewing and more particularly to an improved method of hopping beer.

The brewing of beer comprises generally the following steps: Ground malt is mashed with water, and the obtained malt solution (first wort) is freed from the malt residues (spent grains). Subsequently, the wort is boiled with addition of the required amount of hops and then separated from the spent hops and fermented with yeast. The hops are generally added as such or in coarsely disintegrated state to the Wort.

Said procedure has the drawback that, on boiling, only about one-third to one-fourth of the bitter principle (resins), contained in the hops, passes into the wort; in addition, a certain amount of the resins, e.g. about 3 to 7 percent, is lost in further processing (fermentation and storage) by precipitation.

So far, attempts to eliminate said drawbacks have not met with satisfactory results. Recently, it has been proposed to extract the resins by subjecting the hops in water or aqueous solutions to ultrasonic irradiation and to introduce the thus obtained resin extract into the boiling wort instead of hopping with natural hops. Said method, however, must be carried out with expensive and delicate devices, the operation of which requires high energy cost, and which are therefore uneconomical for commercial purposes. The preparation of such resin extracts by means of ultrasonic irradiation takes considerable time, for instance 1 to 2 hours and more. During this prolonged treatment, undesired side reactions may take place which may affect the brewing process, for instance with respect to the uniformly fine and pleasant taste of the produced beer.

It is a principal object of the invention to provide a simple, reliable, and economic hopping procedure.

It is another object of the invention to provide a method by which the required amount of hops is considerably reduced and nonetheless a beer of uniform excellent quality and taste is produced. 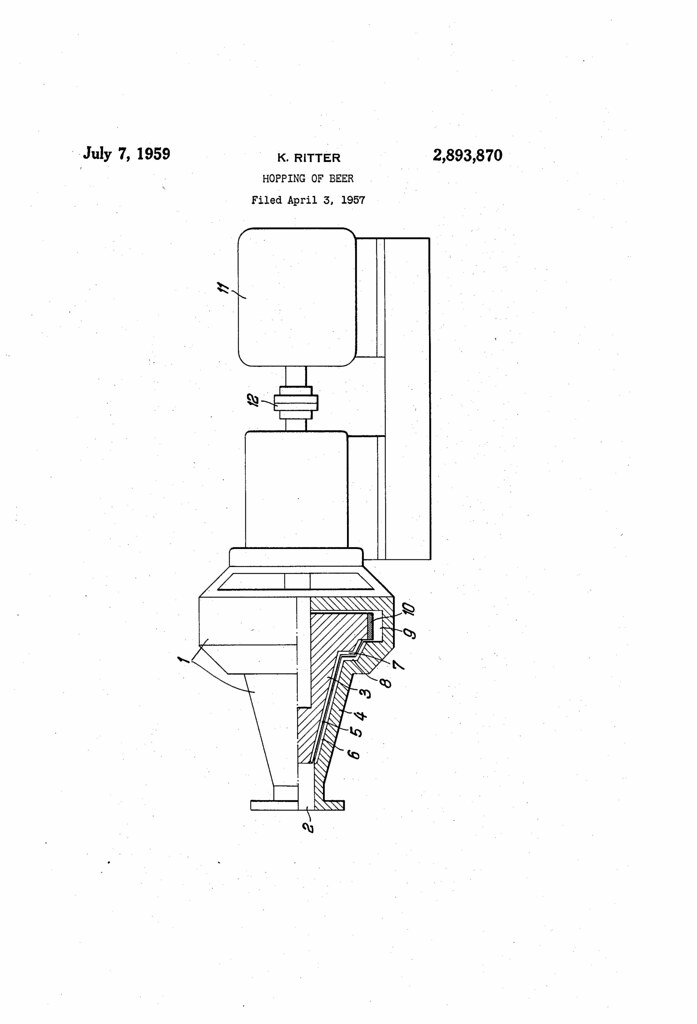