Today in 1960, US Patent 2919806 A was issued, an invention of Alvin Hock and Clarence Rechtin, assigned to the Brighton Corp., for their “Hop Strainer.” There’s no Abstract, although in the description it includes this summary:

Our invention resides in the provision of a novel hop strainer especially designed for obtaining instant separation of wort from hops.

Our invention relates in general to that type of mechanism shown in Patent No. 2,412,400 which issued to Alvin Hock on December 10, 1946. Novel features, however, have been incorporated in the machinery of the instant invention as will be emphasized in the passages which follow.

Another very important object of our invention is to provide means for moving the hops and wort along another’ perforated plate or plates in such a Way as to accomplish further separation of the wort from the hops again without subjecting the hops to extreme pressures or harsh treatment.

A further object of our invention is to provide a final pressing action by means of which the last usable wort lis separated from the hops at the final stage in the separation process, this also being accomplished without damage to the hops and wort.

Another important object of our invention is to provide a hop strainer which may be .cleaned easily and quickly so as to protect the purity of the brew and make it economical to use. 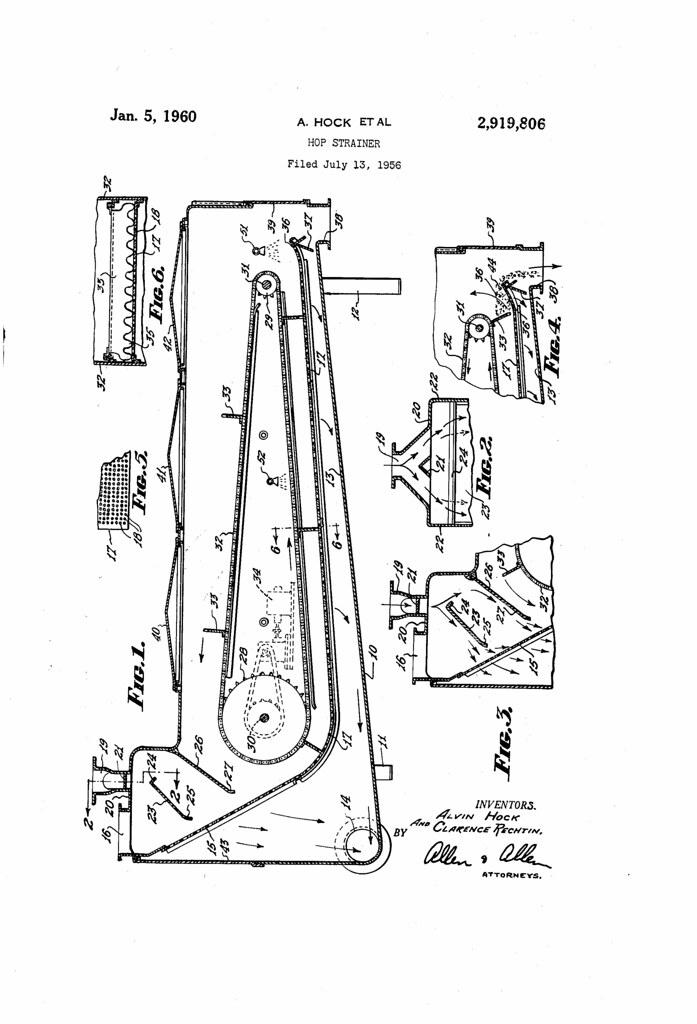