Today in 1967, US Patent 3353724 A was issued, an invention of Mack S. Johnston, for his “Beer Tapping Device.” There’s no Abstract, although in the description it includes this summary:

The present invention relates to a new and improved tapping device for drawing fluid such as beer from containers such as beer kegs or barrels, using a gas to drive the fluid from the container, said tapping device including a sub-unit called a keg adapter which is sealingly installed in the keg and a second sub-unit called a coupler which is attached to the beer dispensing apparatus in a restaurant, tavern or the like and is readily connectible to the keg adapter so that the tapping device is automatically set up in operating condition. More specifically, this invention relates to a new, improved keg adapter which is usable with conventional beer kegs having a. standard three-fourths inch diameter beer removal opening therein and which includes a valve means formed therein that positively prevents gas and/or beer from passing either into or out of the keg whenever the coupler is not assembled with the keg adapter, and in which gas check valve means in addition to the liquid valve means are enclosed completely within the keg adapter body. 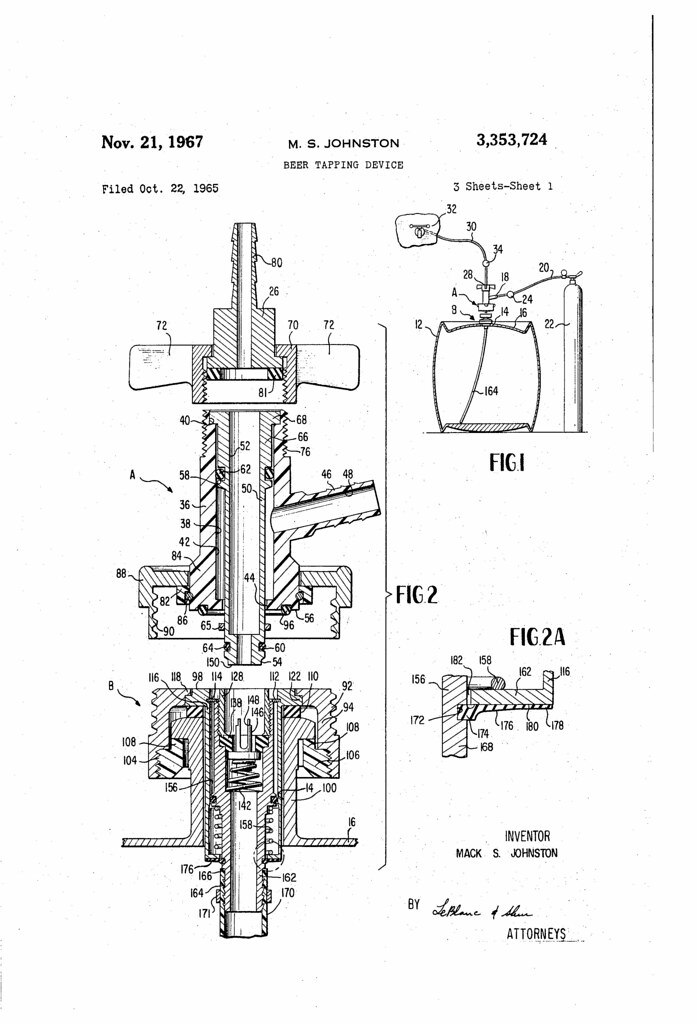 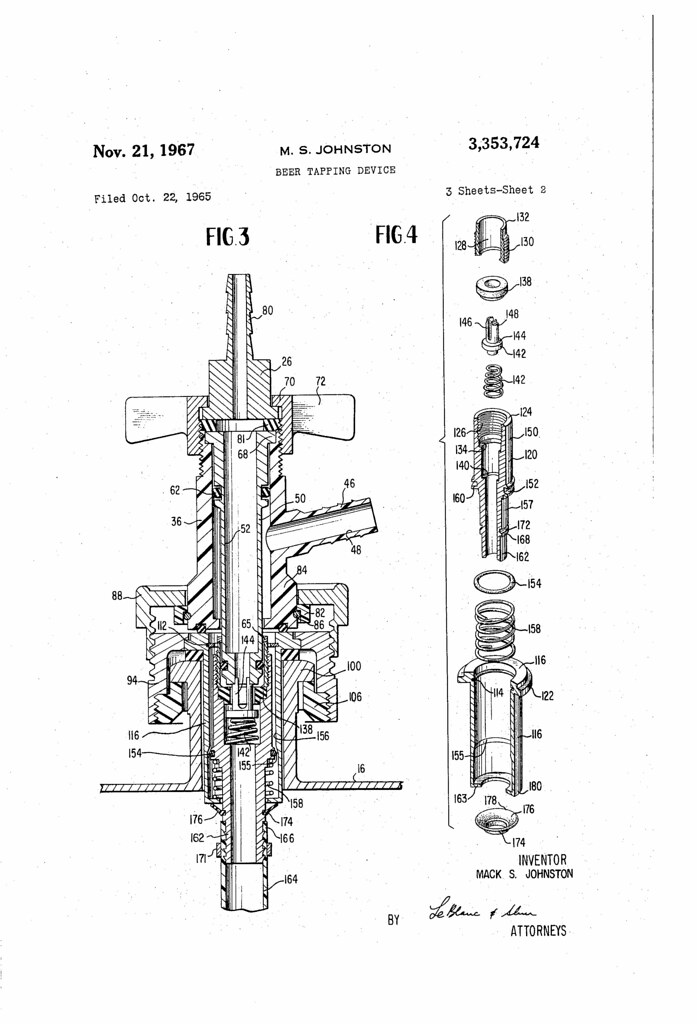 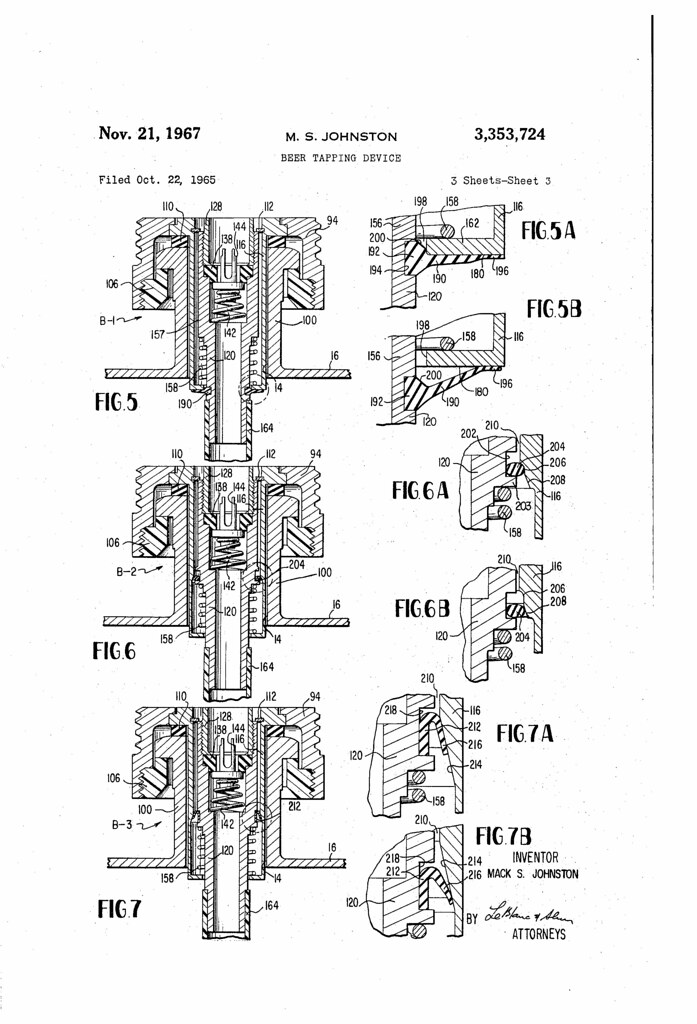