Today in 1968, US Patent 3390000 A was issued, an invention of Robert J. Brison and John H. Litchfield, assigned to John I. Haas Inc., for their “Separation Of Lupulin From Hops.” There’s no Abstract, although in the description it includes this summary:

In the production of beer or ale one important ingredient employed is hops. Hops contain certain soft resins which impart not only bitterness to the beer, but also aroma. In the usual practice the hop cones which include the leaves, stems, petals, lupulin and at times, seeds, are boiled in their entirety within a sugary wort in order to extract the necessary resins and aromatic oils from the lupulin thereof. The lupulin particles are closed cup-like fibrous containers filled with hop flavoring substance including a relatively small amount of moisture, and essentially soft bitter resins and volatile aromatic oils.

It has been known however, that the flavor content of lupulin deteriorates in the ordinary practice of drying the hops prior to shipment to the brewery and that oxidation of lupulin occurs easily if the dried hops are not placed in sealed containers (preferably in an inert atmosphere) thus avoiding further oxidation thereof.

It will be recognized that such a procedure is costly since it involves packaging and handling extraneous -materials. Efforts dating back to the mid-nineteenth century have been directed to separating the lupulin from the hops although certain economic disadvantages have prevented their widespread acceptance. Further, many of these efforts result in a lupulin product excessively fragmented or crushed, thus exposing its valuable constituents to unnecessarily rapid and disadvantageous oxidation.

It is therefore an important object of the instant invention to overcome the disadvantages of prior art methods of separating lupulin from hops.

It is a further object of the instant invention to provide an improved method of separating lupulin particles from hops in the substantial absence of damage or comminution of said lupulin particles.

Still another object of the instant invention is to provide a simple, effective method of separating lupulin from hops which method can be implemented at the ranch or vine location and wherein the hops treated can be fresh (not dried, dehydrated or stored for any substantial length of time) or dried or a mixture thereof. 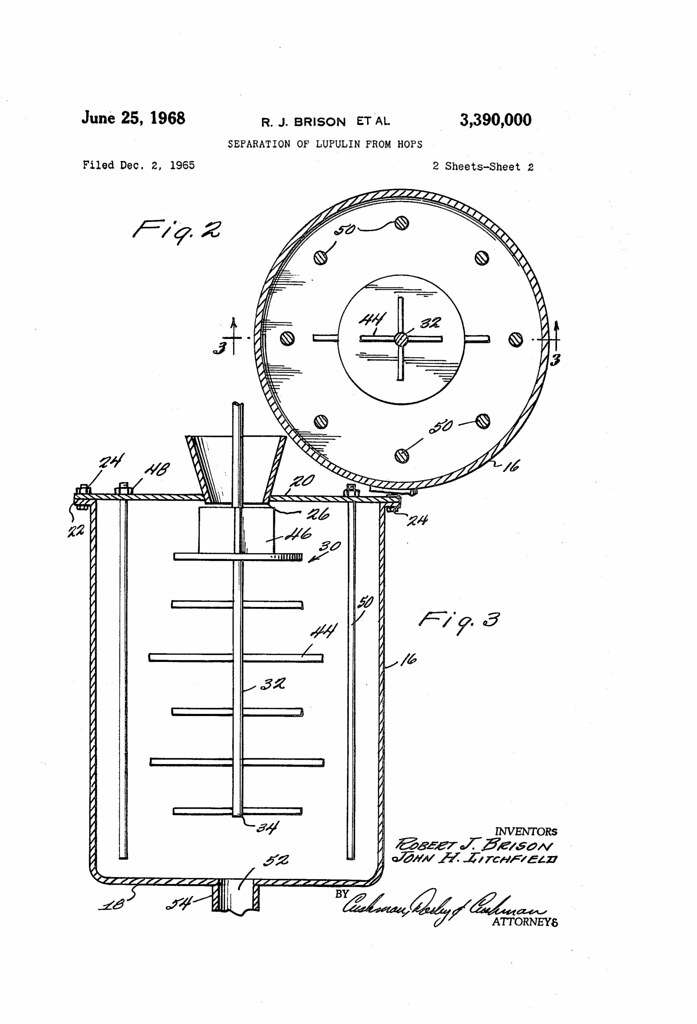 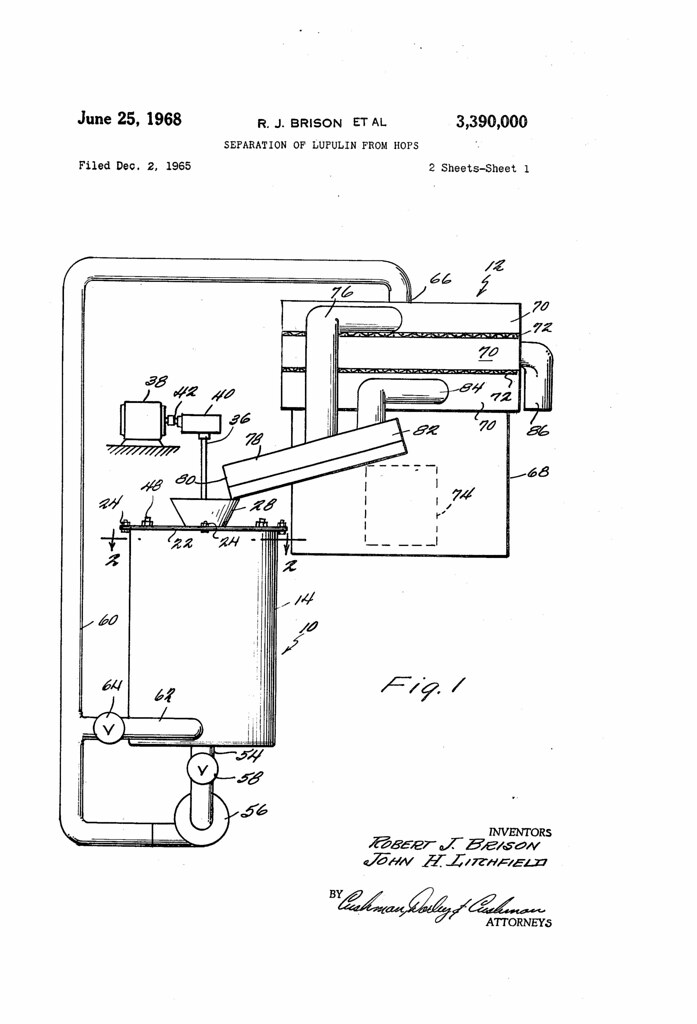