Today in 1971, US Patent 3554400 A was issued, an invention of John S. Bozek, assigned to the Continental Can Co., for his “Nonflipping Beer Can End.” Here’s the Abstract: 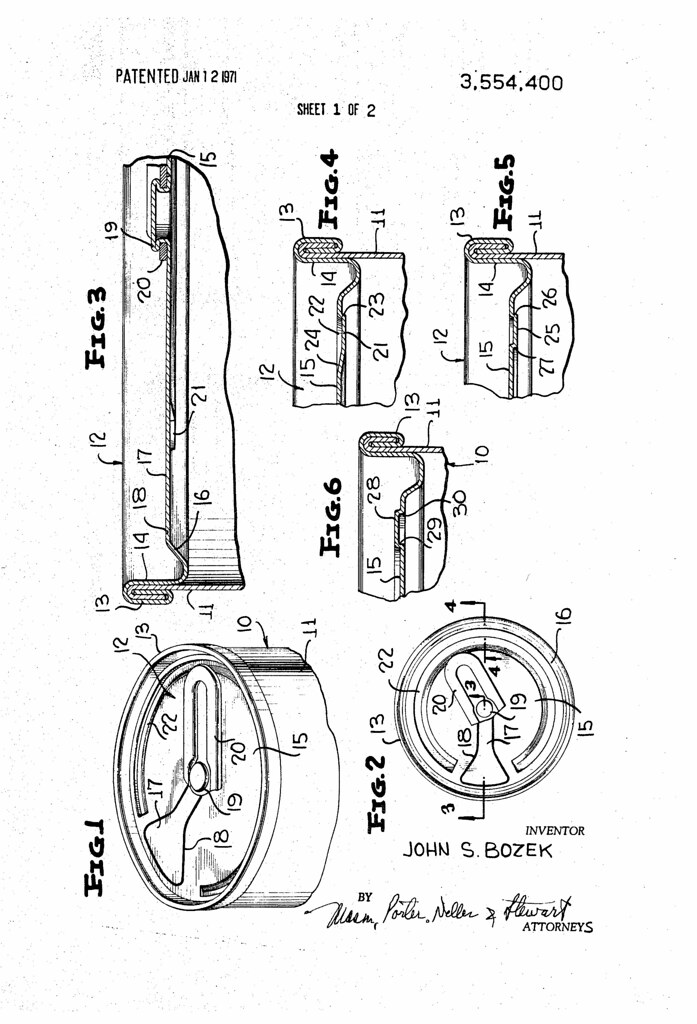 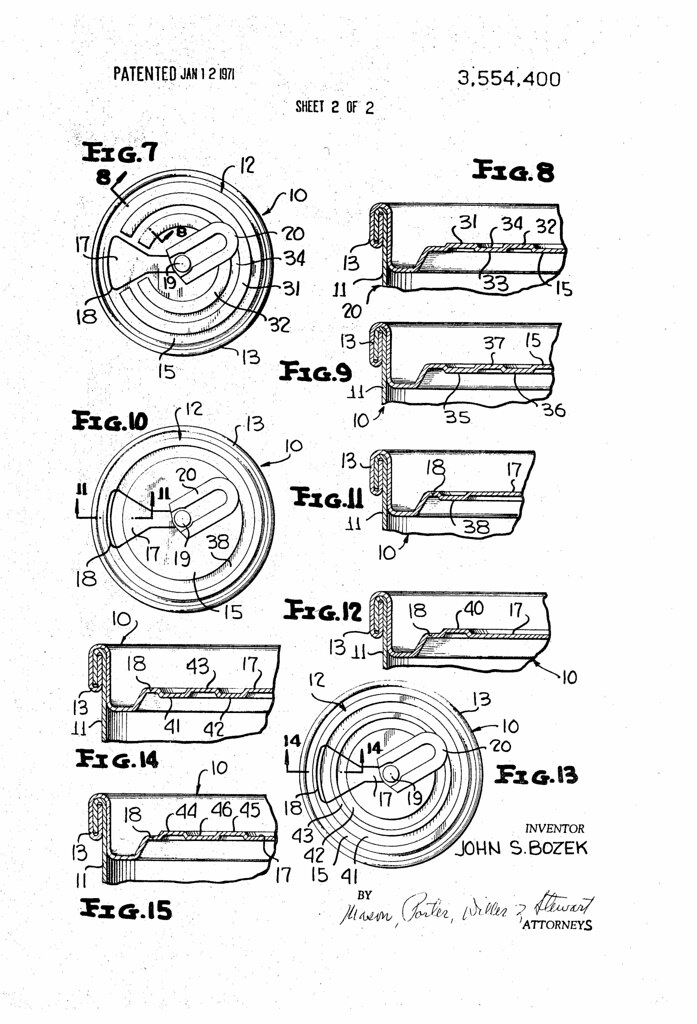