Today in 1971, US Patent 3628701 A was issued, an invention of Thomas L. Kissel, for his “Tapping Apparatus for Beverage Kegs.” There’s no Abstract, although in the description it includes this summary:

The principal object of the present invention is to provide tapping equipment which will not cause any escape of liquid during tapping of the keg.

Another and equally important object is to provide tapping equipment which will be less cumbersome, easier to operate and easier to fabricate than similar equipment used heretofore.

These objects are attained by providing a centrally apertured plug which is pushed into the taphole to partially push the stopper into the keg. The plug has two external O-ring seals which provide a seal between the taphole and the plug. An internal O-ring seal is located in the central aperture and provides a seal between the inside surface of the aperture and I the tap rod as it is inserted into the plug and is pushed downwardly against the stopper. The clearance between the tap rod and the aperture is fairly small, and as the stopper is removed the upward flow of the beverage and released gases is restricted to the narrow passage between the tap rod and aperture sidewall. For this reason, the O-ring seal is sufficient to prevent any beverage spray or leakage, which was encountered with prior commercial taps. The passage is, however, ample to permit a flow of gas under pressure from an entry port below the internal sealing means to the keg to, thus, permit the beverage to be maintained under sufficient pressure for operation of the tap. 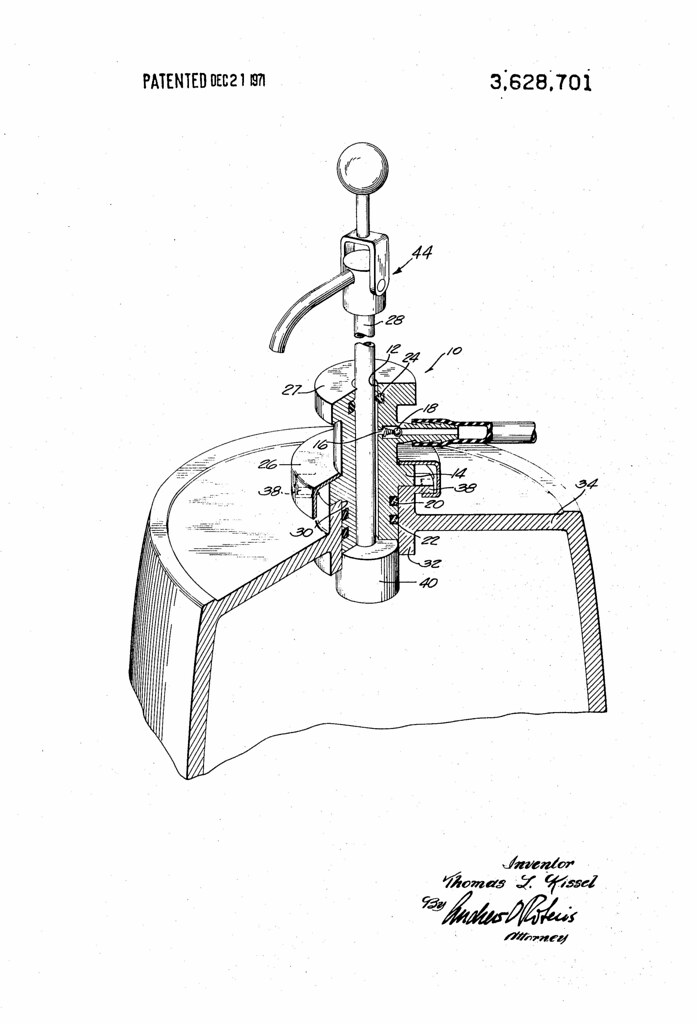