You are here: Home / Breweries / Patent No. 3649993A: Apparatus For Opening The Flaps Of A Container And Removing Debris Therefrom

Today in 1972, just one year ago, US Patent 3649993 A was issued, an invention of Henry Sauer, assigned to Schlitz Brewing Co., for his “Apparatus For Opening The Flaps Of A Container And Removing Debris Therefrom.” Here’s the Abstract:

An apparatus for opening and spreading the top flaps of a carton containing packaged articles such as bottles, and for cleaning the carton after the flaps are opened. The carton containing the articles is moved along a conveyor and the sides of the carton are engaged by pressure members which deform the sides and pivot the flaps, if closed, to a partially open position. The carton then passes beneath a vacuum duct, which acts to raise the flaps. After the flaps have been raised, the carton moves into engagement with a spreader unit which spreads the flaps laterally outward. With the flaps in the spread position, the carton is then conveyed beneath a second vacuum duct which acts to draw lightweight debris from the carton. 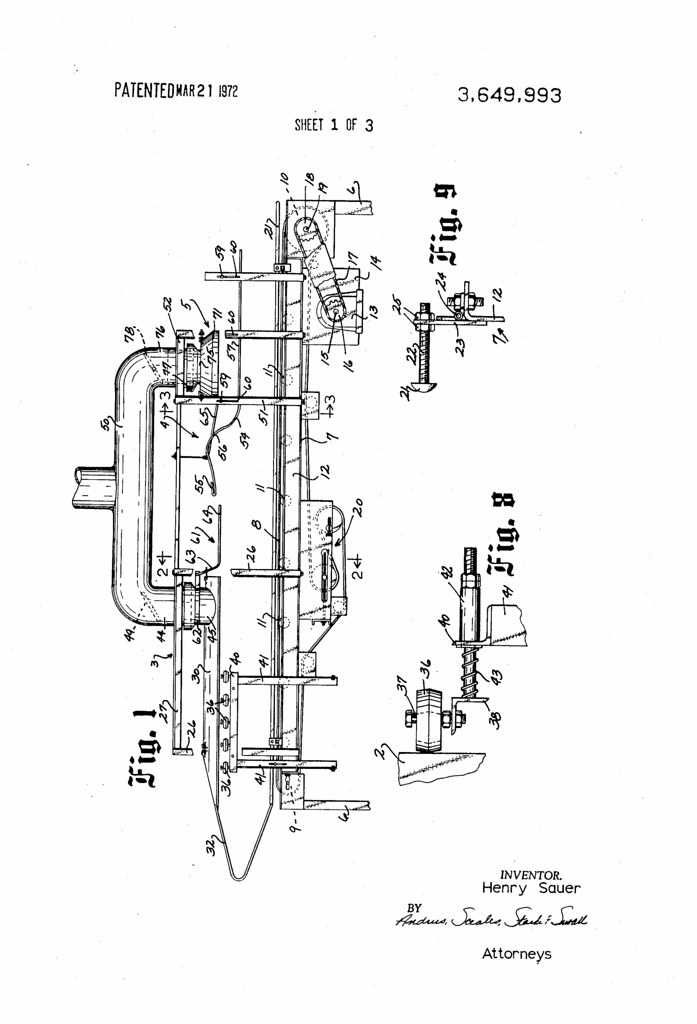 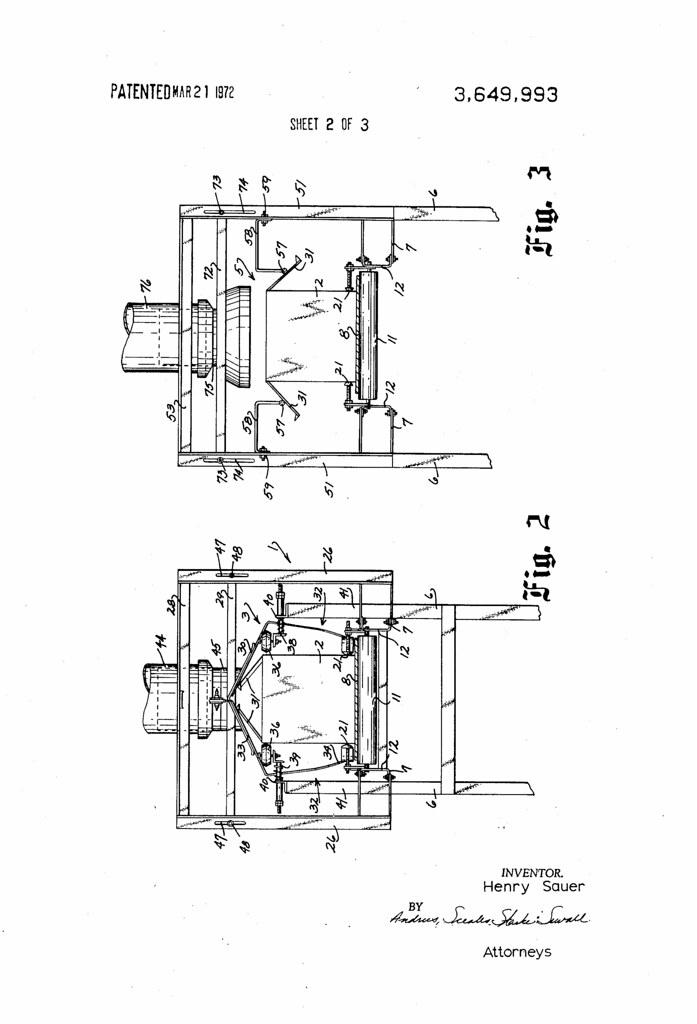 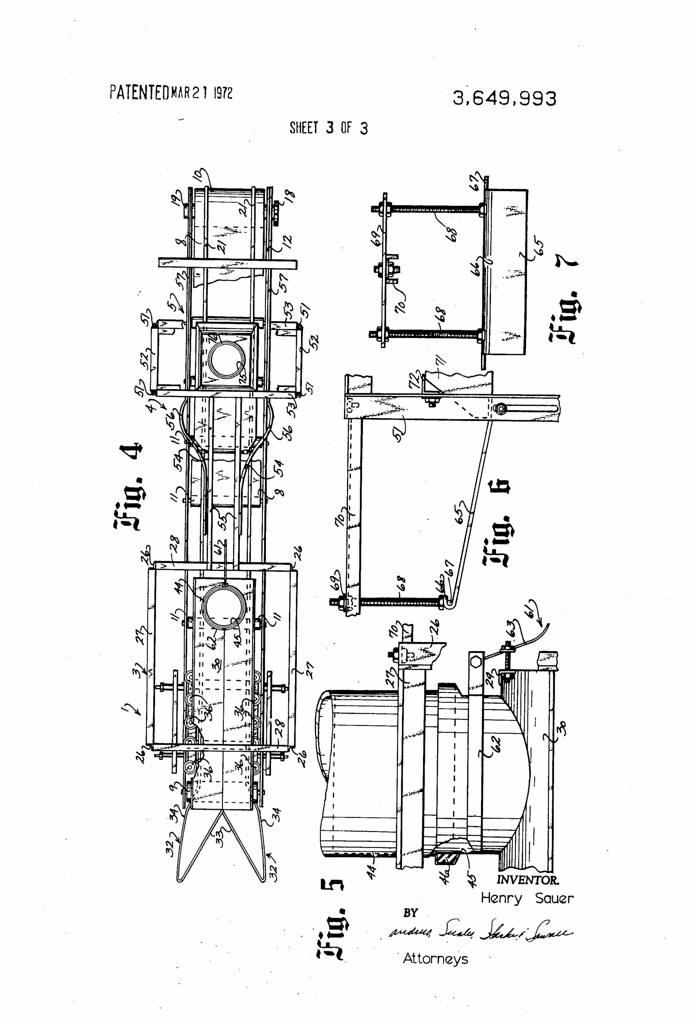