Today in 1887, US Patent 366207 A was issued, an invention of Fred E. De Jean, for his “Beer-Pitcher.” There’s no Abstract, although in the description it includes this summary:

This invention relates to pitchers into which frothy drinking liquids-such as ale, beer, &c.aredrawn, and from which they are poured for consumption.

It is well known that in drawing beer, etc., from a barrel much froth is formed on its surface, which causes delay in pouring the same into tumblers and tankards, and time has to be allowed for the beer to settle, and in no case is the beer perfectly clear and liquid.

My invention has for its object to obviate these annoyances, and to cause the beer or other liquid to be strained and settled immediately, and to be drawn from the bottom of the pitcher in any desired quantity, free from froth or any annoyance. 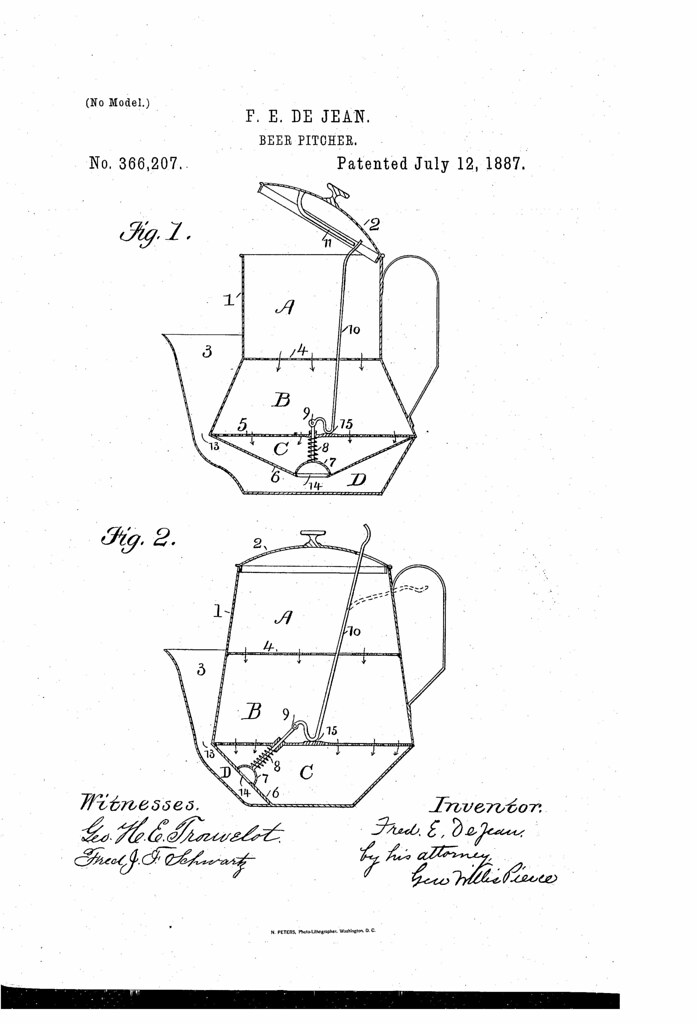