You are here: Home / Beers / Patent No. 3843172A: Keg Tapping Device Having Improved Sealing Means

Today in 1974, US Patent 3843172 A was issued, an invention of Frederick F. Stevens, assigned to Hoff Stevens, for his “Keg Tapping Device Having Improved Sealing Means.” Here’s the Abstract:

A tapping device for beer kegs or the like includes a keg unit permanently or semi-permanently mounted on a keg and having a pair of passageways therethrough for receiving a pair of tubular probes associated with a tavern unit which is connected to the keg unit at a tavern or restaurant where beer is dispensed. The device includes a unitary elastomeric seal member carried by the tavern unit and surrounding the probes thereon. The seal member provides a gas and liquid tight seal between the tavern and the keg units when the two units are assembled in connected relation. Means is provided to limit compressive force applied to the seal member by connection of the units so that it retains its sealing integrity even after prolonged usage involving repeated connection ,and disconnection. 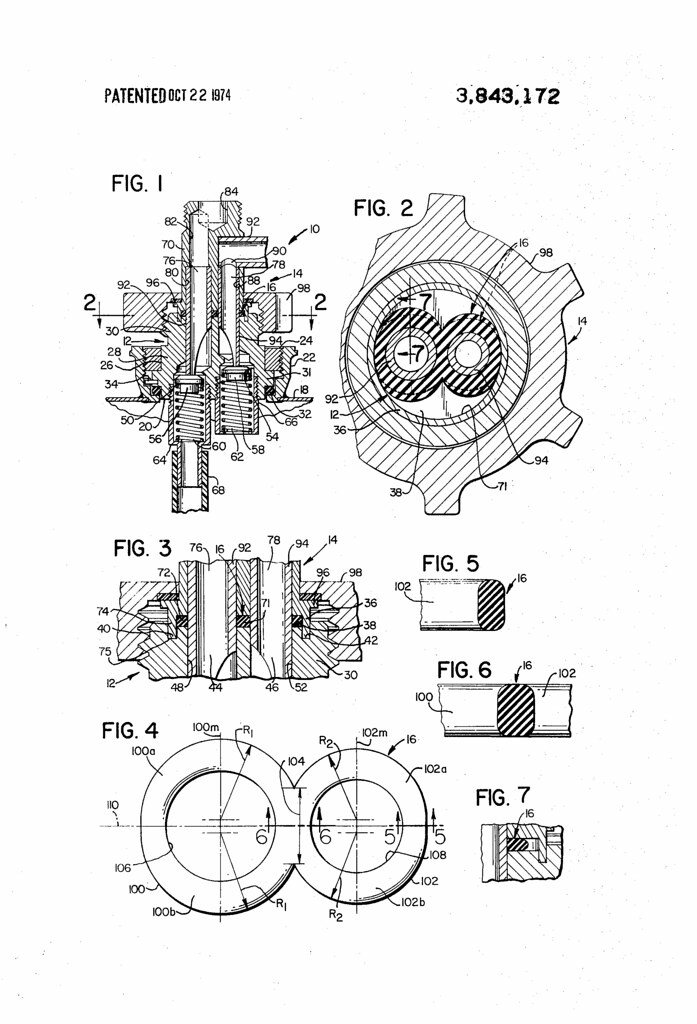