You are here: Home / Beers / Patent No. 4350712A: Frozen Beer Stick Including Retractable Cup

Today in 1982, US Patent 4350712 A was issued, an invention of Alfred Kocharian and George Spector, for their “Frozen Beverage Stick Including Retractable Cup.” Here’s the Abstract:

A popsicle type confection, which instead of an orange, cherry, raspberry, strawberry or similar conventional flavor frozen ice upon a stick, utilizes either a frozen beer or a frozen wine mounted upon a stick, and which in the present invention also includes a cup like heat shield around confection which is retractable so to allow licking the frozen beer or wine. 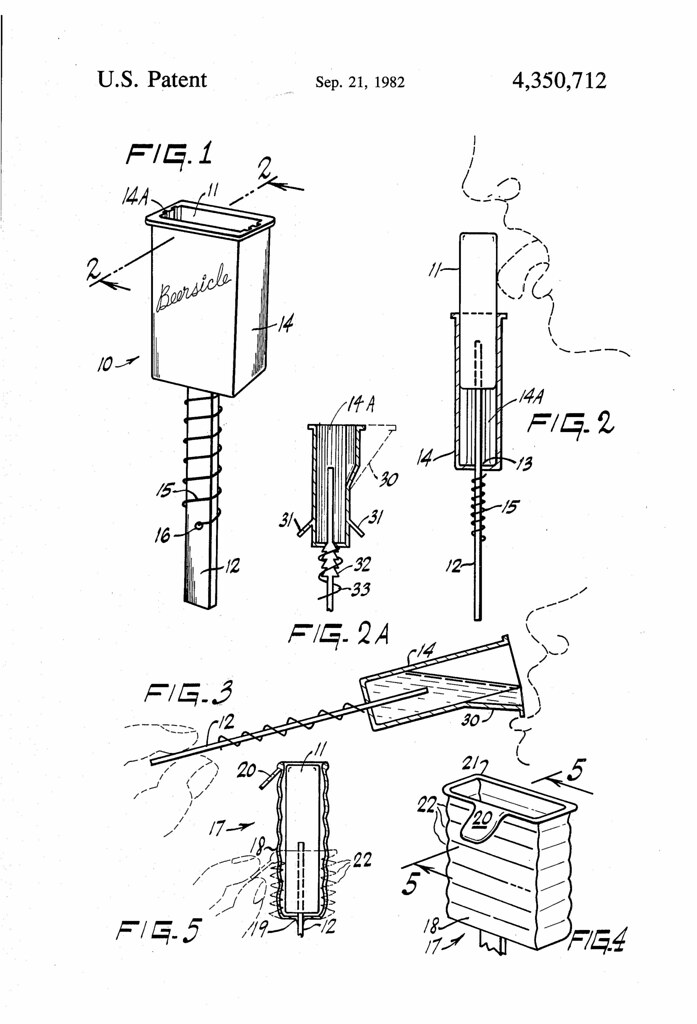