Today in 1891, US Patent 453970 A was issued, an invention of James Thomas Ford, for his “Bottle Neck.” There’s no Abstract, although in the description it states that the “invention consists in an improved form to be given to the necks of bottles, of glass or kind and closed with corks or other stoppers.”

The objects of the invention are, first, to facilitate the fitting of such bottles with ordinary funnels or faucets by permitting free exit to the air during the introduction of the liquid, thereby preventing the splutter and overflow of the funnel and quickening the operation of filling the bottles, more especially with liquids of considerable density, such as oils and sirups of all kinds; second, to prevent effectually the forcing inward of the cork. beyond a certain point during the extraction of it by means of a corkscrew or other implement, so frequent a source of annoyance with corks of inferior quality or slightly loose for the neck of the bottle. 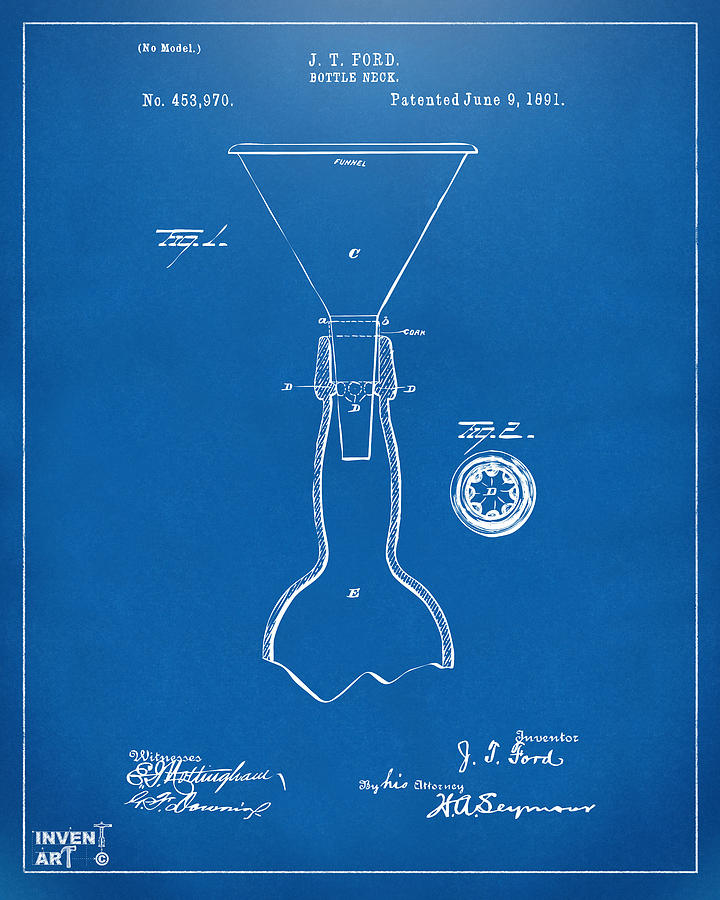 And here’s the original illustration: 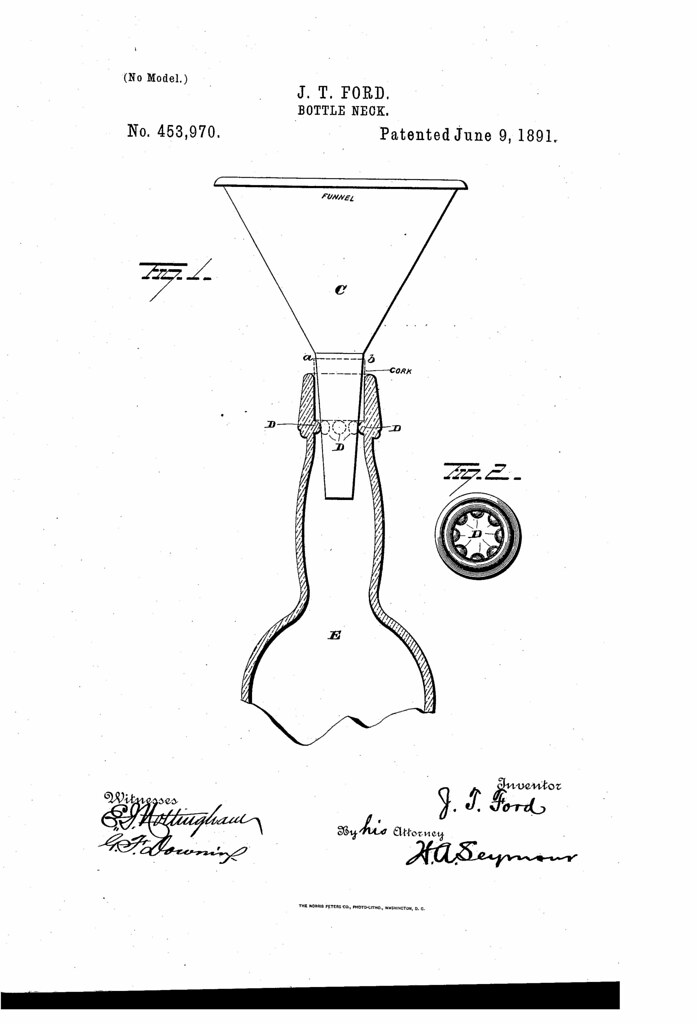