Today in 1866, US Patent 53692 A was issued, an invention of Emile Sirret, for his “Improvement in Beer-Faucets” There’s no Abstract, but he describes his invention as “A device for foaming beer and other liquids artificially previous to their being drawn, so as to be able to cause the foaming of the liquid to any degree desired within a common faucet, and that immediately after, when the pin of the faucet is turned so as to open, the liquid will flow from it in a creamy and gaseous state sufficient to fill two or three glasses without renewing the operation.” More specifically:

The nature of my invention consists in having a hollow room or chamber inside a common faucet, between the cross-pin and the end which taps into the barrel. The hole in the faucet running through this chamber will constantly keep it filled with liquid, so that when it is required the foaming operation can be performed, which is done by placing down in the chamber a kind of syringe with a ring of line holes around the lowest end of the tube, this end being fastened to the bottom of the chamber by means of a screw. Ihe upper end of the tube with the piston-rod extending outside is tightly fastened on the top of the chamber, so as to prevent any escape of liquid. The head of the piston-rod extending out of the tube, and running parallel with the head of the cross-pin, enables the same hand to handle both of them with facility. The up-and-down movement of the piston will naturally force in and out of the tube through the small holes all the liquid contained in the chamber, and convert it into a foaming substance. 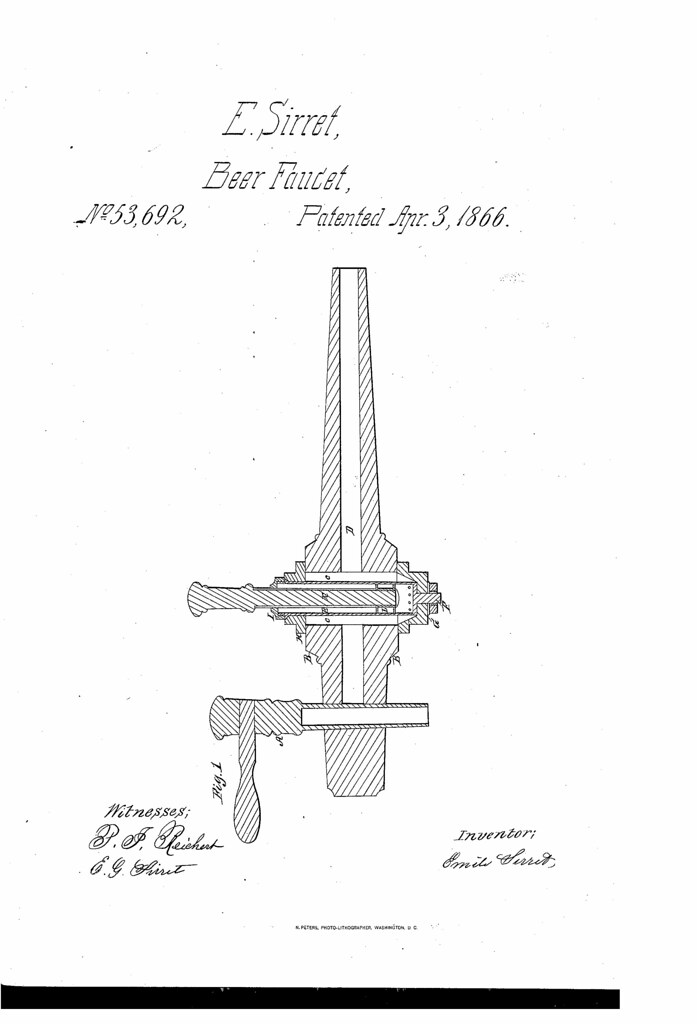